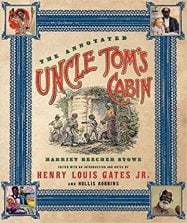 Harriet Beecher Stowe’s impactful novel, Uncle Tom’s Cabin (1852), was the first ever to be an international best-seller. More than 1.5 million copies of the anti-slavery novel were sold worldwide during its first year of release in 1852. Following is a selection of quotes from Uncle Tom’s Cabin, which isn’t always considered great literature, but is credited for helping to turn public opinion against slavery.

The novel helped fuel the anti-slavery movement, and is thought to have changed the course of history as well the publication business. No other book sold as many copies in the 19th century, other than the Bible.

Stowe’s astounding success with novel affected the fight for the abolition of slavery and displayed her fearlessness by writing on this subject in a white-dominated world.

Ever modest, Stowe barely took credit for her work. “I did not write it. God wrote it. I merely did his dictation,” she wrote in the introduction to the 1879 edition of Uncle Tom’s Cabin. Further, she explained in the Author’s Preface:

“The object of these sketches is to awaken sympathy and feeling for the African race, as they exist among us; to show their wrongs and sorrows, under a system so necessarily cruel and unjust as to defeat and do away the good effects of all that can be attempted for them, by their best friends, under it.”

“The longest way must have its close —  the gloomiest night will wear on to a morning.”

“…the heart has no tears to give, — it drops only blood, bleeding itself away in silence.”

“Scenes of blood and cruelty are shocking to our ear and heart. What man has nerve to do, man has not nerve to hear.”

“There are in this world blessed souls, whose sorrows all spring up into joys for others; whose earthly hopes, laid in the grave with many tears, are the seed from which spring healing flowers and balm for the desolate and the distressed.”

“Death! Strange that there should be such a word, and such a thing, and we ever forget it; that one should be living, warm and beautiful, full of hopes, desires and wants, one day, and the next be gone, utterly gone, and forever!”

“I am braver than I was because I have lost all; and he who has nothing to lose can afford all risks.” 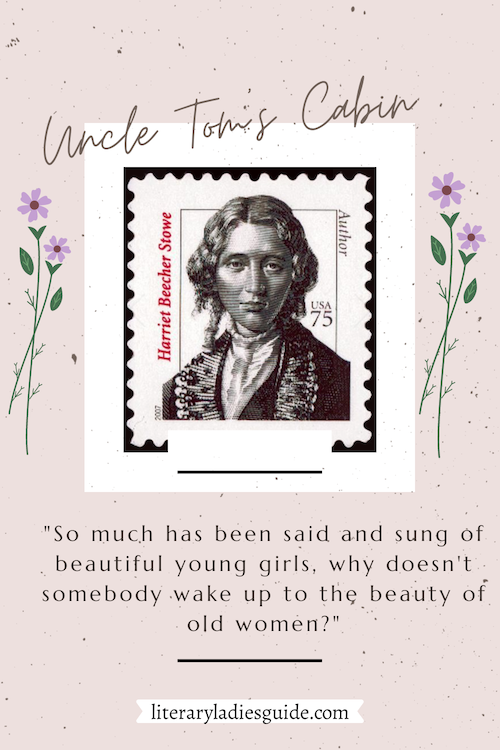 “So much has been said and sung of beautiful young girls, why don’t somebody wake up to the beauty of old women?”

“Perhaps it is impossible for a person who does no good not to do harm.”

“Talk of the abuses of slavery! Humbug! The thing itself is the essence of all abuse!”

“I make no manner of doubt that you threw a very diamond of truth at me, though you see it hit me so directly in the face that it wasn’t exactly appreciated, at first.”

“No one is so thoroughly superstitious as the godless man.”

“Could I ever have loved you, had I not known you better than you know yourself?”

“All men are free and equal, in the grave,”

“It is with the oppressed, enslaved, African race that I cast in my lot; and if I wished anything, I would wish myself two shades darker, rather than one lighter.”

“Everything your money can buy, given with a cold, averted face, is not worth one honest tear shed in real sympathy?”

“My country again! Mr. Wilson, you have a country; but what country have I, or anyone like me, born of slave mothers? What laws are there for us? We don’t make them,—we don’t consent to them,—we have nothing to do with them; all they do for us is to crush us, and keep us down.”

“Sir, 1 haven’t any country, any more than I have any father. But I’m going to have one. I don’t want anything of your country, except to let me alone—to go peaceably out of it; and when I get to Canada, where the laws will own me and protect me, that shall be my country, and its laws I will obey. But if any man tries to stop me, let him take care, for I am desperate. I’ll fight for my liberty to the last breath I breathe. You say your fathers did it; if it was right for them, it is right for me!”

“Deeds of heroism are wrought here more than those of romance, when, defying torture, and braving death itself, the fugitive voluntarily threads his way back to the terrors and perils of that dark land, that he may bring out his sister, or mother, or wife.” 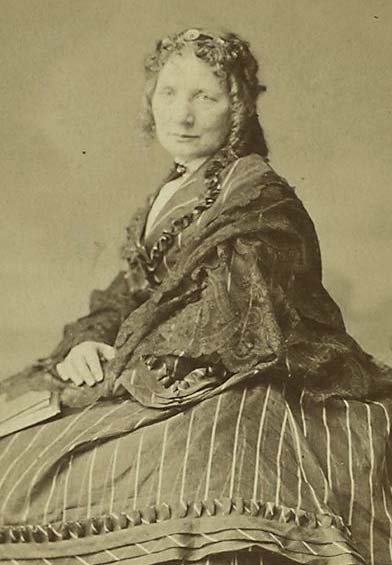 “Every nation that carries in its bosom great and unredressed injustice has in it the elements of this last convulsion.”

“I’ve lost everything in this world, and it’s clean gone, forever– and now I can’t lose heaven, too; no, I can’t get to be wicked, besides all.”

“What poor, mean trash this whole business of human virtue is! A mere matter, for the most part, of latitude and longitude, and geographical position, acting with natural temperament. The greater part is nothing but an accident.”

“When a heavy weight presses the soul to the lowest level at which endurance is possible, there is an instant and desperate effort of every physical and moral nerve to throw off the weight; and hence the heaviest anguish often precedes a return tide of joy and courage.”

“There have been times when I have thought, if the whole country would sink, and hide all this injustice and misery from the light, I would willingly sink with it.”

“in a novel, people’s hearts break, and they die, and that is the end of it; and in a story this is very convenient. But in real life we do not die when all that makes life bright dies to us.”

“We ought to be free to meet and mingle, –to rise by our individual worth, without any consideration of caste or color; and they who deny us this right are false to their own professed principals of human equality.”