Quotes from A Wrinkle in Time 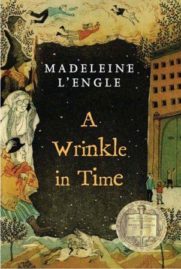 A Wrinkle in Time by Madeleine L’Engle was published in 1962, but not without its share of challenges. The following  selection of quotes from A Wrinkle in Time prove that this beloved novel is a timeless work of fiction for all ages.

“A Wrinkle in Time was almost never published,” Madeleine L’Engle wrote. “You can’t name a major publisher who didn’t reject it. When we’d run through forty-odd publishers, my agent sent it back. We gave up.”

Editors found the fantasy novel too dark and complex for children, but of course, the book eventually found its home. Published in 1962, A Wrinkle in Time is still in print, with millions of copies sold worldwide.

Its legacy lives on, as it’s still in print and is the basis of the 2018 film version. It has the distinction of having won some of the most prestigious publishing awards, as well as being one of the most frequently banned books of all time.

“Life, with its rules, its obligations, and its freedoms, is like a sonnet: You’re given the form, but you have to write the sonnet yourself.”

“We can’t take any credit for our talents. It’s how we use them that counts.”

“I do not know everything; still many things I understand.”

“The only way to cope with something deadly serious is to try to treat it a little lightly.”

“Like and equal are not the same thing at all.” 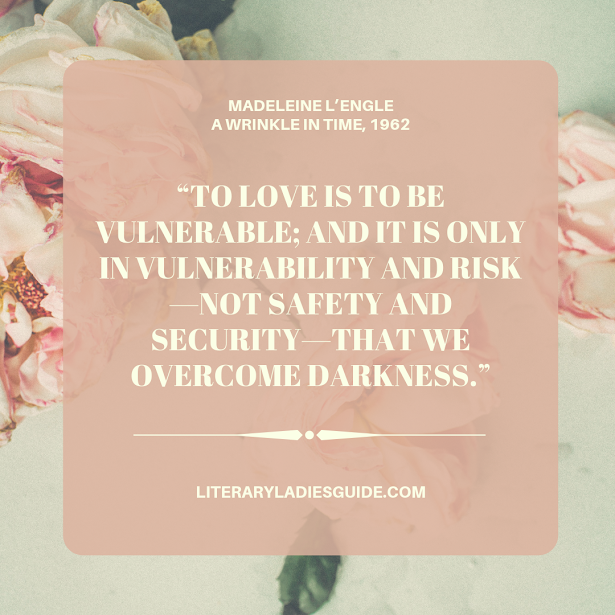 Madeleine L’Engle: “A Wrinkle in Time Was Almost Never Published”

“It seemed to travel with her, to sweep her aloft in the power of song, so that she was moving in glory among the stars, and for a moment she, too, felt that the words Darkness and Light had no meaning, and only this melody was real.”

“If you aren’t unhappy sometimes you don’t know how to be happy.”

“I don’t understand it any more than you do, but one thing I’ve learned is that you don’t have to understand things for them to be.”

“A book, too, can be a star, ‘explosive material, capable of stirring up fresh life endlessly,’ a living fire to lighten the darkness, leading out into the expanding universe.”

“Only a fool is not afraid.”

“The truth is that I hate to think about other people reading my books,” Miranda said. “It’s like watching someone go through the box of private stuff that I keep under my bed.”

“Experiment is the mother of knowledge.”

“Silence fell between them, as tangible as the dark tree shadows that fell across their laps and that now seemed to rest upon them as heavily as though they possessed a measurable weight of their own.”

“There’s nothing left except to try.”

“There will no longer be so many pleasant things to look at if responsible people do not do something about the unpleasant ones.”

“To love is to be vulnerable; and it is only in vulnerability and risk—not safety and security—that we overcome darkness.”

“Just because we don’t understand doesn’t mean that the explanation doesn’t exist.”

“Explanations are not easy … about things for which your civilization still has no words.”

“A straight line is not the shortest distance between two points.” 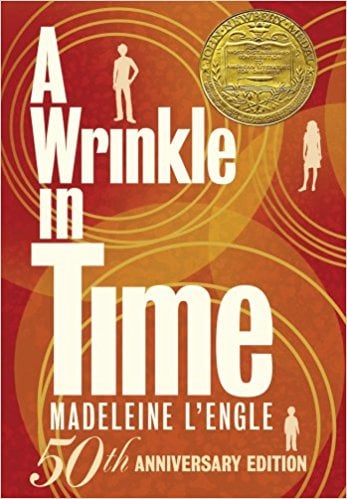 A Wrinkle in Time on Amazon*

“There’s very little difference in the size of the tiniest microbe and the greatest galaxy.”

“I am peace and utter rest. I am freedom from all responsibility.”

“Maybe if you aren’t unhappy sometimes you don’t know how to be happy.”

“We know nothing … We’re children playing with dynamite.”

“You’re given the form, but you have to write the sonnet yourself.”

“Love. That was what she had that IT did not have.”

“It’s my worst trouble, getting fond. If I didn’t get fond I could be happy all the time.” 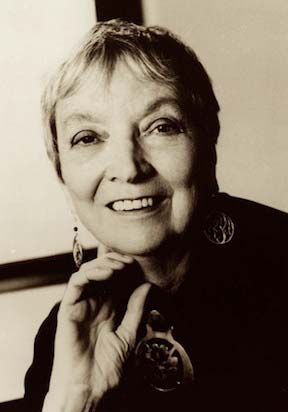