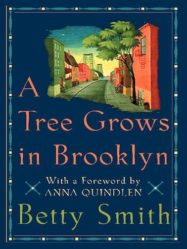 Betty Smith is best known for her sensitive yet brutally honest 1943 novel, A Tree Grows in Brooklyn. After years of struggling to be a successful novelist (she had already achieved a measure of success as a playwright), Betty Smith struck literary gold with this, her first novel.

Growing up in Brooklyn in the early 1900s is seen from the perspective of Francie Nolan, a down-to-earth girl who’s neither the kind of genius or beautiful heroine that are favored in novels.

She possesses a more relatable kind of awkwardness, but her quiet courage in the face of poverty and other obstacles can’t be overlooked.

Members of Francie’s immediate and extended family populate this novel with complex, sympathetic characterizations. Here are some memorable quotes from A Tree Grows in Brooklyn, an American coming-of-age classic:

“Suffering is also good, it makes a person rich in character.”

“People always think that happiness is a faraway thing … something complicated and hard to get. Yet, what little things can make it up; a place of shelter when it rains – a cup of strong hot coffee when you’re blue; for a man, a cigarette for contentment; a book to read when you’re alone – just to be with someone you love. Those things make happiness.”

“And always, there was the magic of learning things.”

“Books became her friends, and there was one for every mood.” 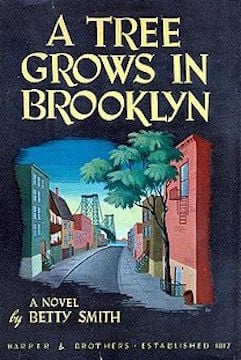 “I guess being needed is almost as good as being loved. Maybe better.”

“There are very few bad people. There are just a lot of people that are unlucky.”

“And that’s where the whole trouble is. We’re too much alike to understand each other because we don’t even understand our own selves.” 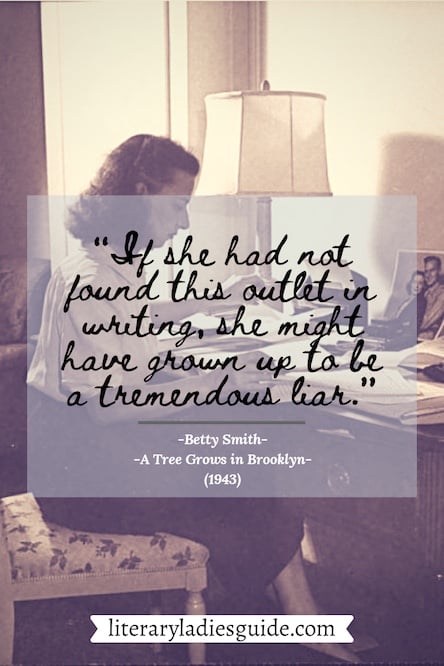 “If she had not found this outlet in writing, she might have grown up to be a tremendous liar.”

“From that moment on, the world was hers for the reading. She would never be lonely again.”

“Oh magic hour, when a child first knows it can read printed words.”

“Sometimes I think it’s better to suffer bitter unhappiness and to fight and to scream out, and even to suffer that terrible pain, than to just be… safe. At least she knows she’s living.”

“I know that’s what people say — you’ll get over it. I’d say it too. But I know it’s not true. Oh, you’ll be happy again, never fear. But you won’t forget. Every time you fall in love it will be because something in the man reminds you of him.”

“Look at everything as though you were seeing it either for the first time or last time: Then your time on earth will be filled with glory.”

“As she read, at peace with the world and happy as only a little girl could be with a fine book and a little bowl of candy, and all alone in the house, the leaf shadows shifted and the afternoon passed.”

“If you ever find a man you love, don’t waste time hanging your head and simpering. Go right up to him and say, ‘I love you. How about getting married?'”

“It doesn’t take long to write things of which you know nothing. When you write of actual things, it takes longer, because you have to live them first.” (A Tree Grows in Brooklyn, 1943) 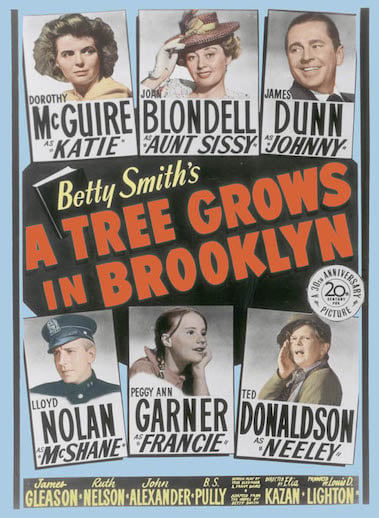 “She had become accustomed to being lonely. She was used to walking alone and to being considered ‘different.’ She did not suffer too much.”

“She was made up of more, too. She was the books she read in the library. She was the flower in the brown bowl. Part of her life was made from the tree growing rankly in the yard. She was the bitter quarrels she had with her brother whom she loved dearly. She was Katie’s secret, despairing weeping. She was the shame of her father stumbling home drunk. She was all of these things and of something more…It was what God or whatever is His equivalent puts into each soul that is given life – the one different thing such as that which makes no two fingerprints on the face of the earth alike.”

“I hate all those flirty-birty games that women make up. Life’s too short. If you ever find a man you love, don’t waste time hanging your head and simpering. Go right up to him and say, ‘I love you. How about getting married?”

“Who wants to die? Everything struggles to live. Look at that tree growing up there out of that grating. It gets no sun, and water only when it rains. It’s growing out of sour earth. And it’s strong because its hard struggle to live is making it strong. My children will be strong that way.”

“’Because,’ explained Mary Rommely simply, ‘the child must have a valuable thing which is called imagination. The child must have a secret world in which live things that never were. It is necessary that she believe. She must start out by believing in things not of this world. Then when the world becomes too ugly for living in, the child can reach back and live in her imagination. I, myself, even in this day and at my age, have great need of recalling the miraculous lives of the Saints and the great miracles that have come to pass on earth. Only by having these things in my mind can I live beyond what I have to live for.’”

“Forgiveness is a gift of high value. Yet its cost is nothing.”

4 Responses to “Memorable Quotes from A Tree Grows in Brooklyn”