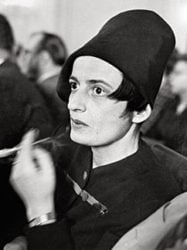 Ayn Rand (1905 – 1982) was a Russian-born American author of fiction and nonfiction known for having developed Objectivism, a philosophy that embraces laissez-faire capitalism and the pursuit of rational self-interest. The quotes by Ayn Rand presented in this selection, whether from her novels, works of nonfiction, or interviews, speak to her philosophical tenets.

Rand certainly has had (and still has) her share of both admirers and detractors, but no one denies her ability to stir controversy as a writer and thinker.

Rand’s nonfiction and her novels, especially Atlas Shrugged  (1957), weaves aspects of the Objectivist philosophy into their ponderous plots. The contemporary political movement of Libertarianism has roots in Objectivism, making her a heroine to various right-wing political groups, and an anathema to those with more liberal leanings. Social critic Christopher Hitchens famously said, “I have always found it quaint and rather touching that there is a movement [Libertarians] in the U.S. that thinks Americans are not yet selfish enough.”

Rand’s novels and non-fiction work have remained classics despite (or because of) the controversial views they espouse, and many are still in print and continue to sell.

“Worry is a waste of emotional reserve.”

“Every form of happiness is private. Our greatest moments are personal, self-motivated, not to be touched.”

“Anything may be betrayed, anyone may be forgiven. But not those who lack the courage of their own greatness.”

“Every loneliness is a pinnacle.”

“Men learn from one another. But all learning is only the exchange of material. No man can give another the capacity to think. Yet that capacity is our only means of survival.”

“Show me your achievement, and the knowledge will give me courage for mine.”

“I was thinking of people who say that happiness is impossible on earth. Look how hard they all try to find some joy in life. Look how they struggle for it. Why should any living creature exist in pain? By what conceivable right can anyone demand that a human being exist for anything but for his own joy?”

“The mind is the attribute of man. When man is born, he comes into existence with only one weapon with him- The reasoning mind.”

“Art is a selective re-creation of reality according to an artist’s metaphysical value-judgments. An artist recreates those aspects of reality which represent his fundamental view of man’s nature.”

“We exist for the sake of earning rewards. Threats will not make us function; fear is not our incentive. It is not death that we wish to avoid, but life that we wish to live.”

“Man cannot survive except by gaining knowledge, and reason is his only means to gain it. Reason is the faculty that perceives, identifies and integrates the material provided by his senses.”

“All work is an act of philosophy.”

“The evil of the world is made possible by nothing but the sanction you give it.”

“An inventor is a man who asks ‘Why?’ of the universe and lets nothing stand between the answer and his mind.”

“Existence is Identity, Consciousness is Identification.”

“A rational process is a moral process. You may make an error at any step of it, with nothing to protect you but your own severity, or you may try to cheat, to fake the evidence and evade the effort of the quest—but if devotion to truth is the hallmark of morality, then there is no greater, nobler, more heroic form of devotion than the act of a man who assumes the responsibility of thinking.”

“To demand ‘sense’ is the hallmark of nonsense. Nature does not make sense. Nothing makes sense.”

From The Romantic Manifesto, 1969

“Anyone who fights for the future, lives in it today.”

“An artist reveals his naked soul in his work — and so, gentle reader, do you when you respond to it.”

“Pity for the guilty is treason to the innocent.”

“If a dedication page were to precede the total of my work, it would read: To the glory of Man.”

From other works and interviews

“An attempt to achieve the good by force is like an attempt to provide a man with a picture gallery at the price of cutting out his eyes.” (Capitalism: The Unknown Ideal, 1966)

“To know one’s own desires, their meaning and their costs requires the highest human virtue: Rationality.” (“Causality Versus Duty”) 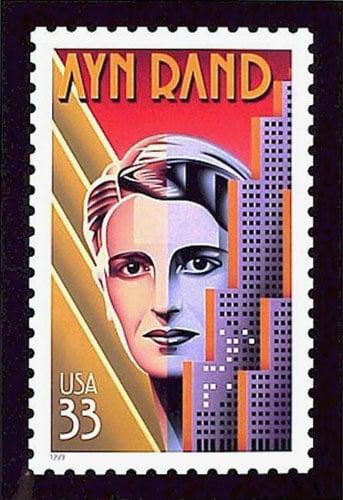 We the Living — a review

“There are only two means by which men can deal with one another: guns or logic. Force or persuasion. Those who know that they cannot win by means of logic, have always resorted to guns.” (Philosophy: Who Needs It? 1982)

“What is greatness? I will answer: it is the capacity to live by the three fundamental values of John Galt: reason, purpose, self-esteem.” (Playboy interview, March, 1964)

“In my novels and in actual life, the alleged victories of evil people are made possible only by the flaws or errors of those who are essentially good. Evil left to its own devices is impotent.” (from a 1975 interview with The Newark Advocate)

“Destruction is easy; anyone can do that. But to achieve, you need thought. Construction cannot be done accidentally. You have to know what you are doing, and that’s real power.” (from a 1975 interview with The Newark Advocate) 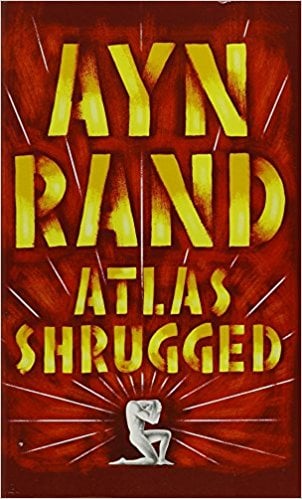 “Remember also that the smallest minority on earth is the individual. Those who deny individual rights, cannot claim to be defenders of minorities.” (Capitalism: The Unknown Ideal, 1966)

“Poverty, ignorance, illness and other problems of that kind are not metaphysical emergencies. By the metaphysical nature of man and of existence, man has to maintain his life by his own effort; the values he needs—such as wealth or knowledge—are not given to him automatically, as a gift of nature, but have to be discovered and achieved by his own thinking and work.” (The Virtue of Selfishness, 1964)

“The skyline of New York is a monument of a splendor that no pyramids or palaces will ever equal or approach.” (The Virtue of Selfishness, 1964)