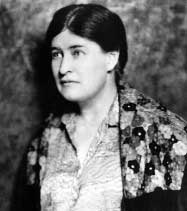 Willa Cather‘s works of fiction and nonfiction represented consummate craftsmanship of the written word, so it’s no surprise that she left a body of insightful quotes.  The following sampling of quotes by Willa Cather give  a sense of her clean, spare style.

Her college classmates and teachers secretly submitted an essay she wrote to the Nebraska State Journal. Until then, she had planned to study medicine, but seeing her work in print changed her plans: “… What youthful vanity can be unaffected by the sight of itself in print! It was a kind of hypnotic effect.”

It would be some time before she turned her hand to fiction, her Norwegian, Swedish, and German neighbors were the basis of characters in her best known novels, including O Pioneers! and My Antonia. Cather’s respect for the immigrants’ devotion to the land is reflected in these stories and their characters.

“Desire is creation, is the magical element in that process. If there were an instrument by which to measure desire, one could foretell achievement.”

“It does not matter much whom we live with in this world, but it matters a great deal whom we dream of.”

“Most of the basic material a writer works with is acquired before the age of fifteen.”

“The fact that I was a girl never damaged my ambitions to be a pope or an emperor.”

“In this country a writer has to hide and lie and almost steal in order to get time to work—and peace of mind to work with.”

“To note an artist’s limitations is but to define his talent. A reporter can write equally well about everything that is presented to his view, but a creative writer can do his best only with what lies within the range and character of his deepest sympathies.”

“The business of writing is a personal problem and must be worked out in an individual way. A great many people, ambitious to write, fall by the wayside, but if they are the discourageable kind it is better that they drop out. No beginner knows what [she] has to go through with or [she] would never begin.” (From an interview with the Lincoln Daily Star, 1915)

“What I write results from a personal explosional experience. All of a sudden, the idea for a story is in my head. It is in the ink bottle when I start to write. But I don’t start until the idea has found its own pattern and fixed its proper tone.” (Interview, San Francisco Chronicle, 1931)

“A novel should be like a symphony, developed from one theme, one dominating tone.” (Interview, San Francisco Chronicle, 1931)

“Imagination, which is a quality writers must have, does not mean the ability to weave pretty stories out of nothing. In the right sense, imagination is a response to what is going on — a sensitiveness to which outside things appeal. It is a composition of sympathy and observation.” (Interview, Lincoln Daily Star, 1915)

“A painter or writer must learn to distinguish what is his own from what he admires. I never abandoned trying to compromise between the kinds of matter which my experience had given me, and the kind of writing I admired, until I began my second novel, O Pioneers!.” (Interview, The New Yorker, 1931)

“All students imitate, and I began by imitating Henry James. He was the most interesting American who was writing at the time, and I strove laboriously to pattern after him … it is a perfectly right form of education. (Interview, New York World, 1925)

“The young writer must learn to deal with subjects [she] really knows about. No matter how commonplace a subject may be, if it is one with which the author is thoroughly familiar it makes a much better story than the purely imaginational.” (Interview, Lincoln Daily Star, 1915) 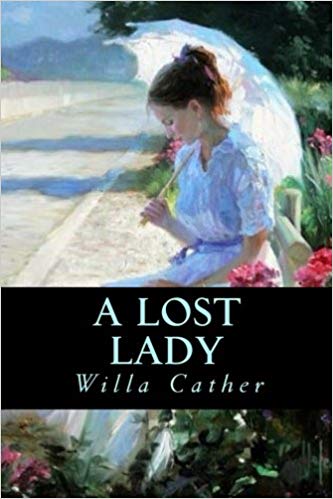 “Art and religion (they are the same thing, in the end, of course) have given man the only happiness he has ever had.”

“Artistic growth is, more than it is anything else, a refining of the sense of truthfulness. The stupid believe that to be truthful is easy; only the artist, the great artist, knows how difficult it is.”