Willa Cather on the Art of Fiction Writing 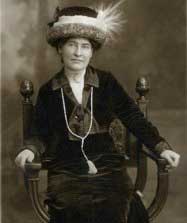 Willa Cather (1873-1947) was the consummate craftswoman of the written word. Her novels are known for their stark beauty and spare language, reflect her philosophy that writing is a craft to be honed and polished. Her considerable wisdom has been fully preserved, especially in the numerous interviews she granted despite her professed disdain for the press and with fame in general.

Who better than Willa Cather to offer advice on the art of writing fiction? Here’s an essay from 1920, with the kind of wisdom you’d expect to get from a master of the art:

By Willa Cather, originally published in The Borzoi, 1920:  One is sometimes asked about the “obstacles” that confront young writers who are trying to do good work.

I should say the greatest obstacles that writers today have to get over, are the dazzling journalistic successes of twenty years ago, stories that surprised and delighted by their sharp photographic detail and that were really nothing more than lively pieces of reporting. The whole aim of that school of writing was novelty—never a very important thing in art.

They gave us, altogether, poor standards — taught us to multiply our ideas instead of to condense them. They tried to make a story out of every theme that occurred to them and to get returns on every situation that suggested itself. They got returns, of a kind.

But their work, when one looks back on it, now that the novelty upon which they counted so much is gone, is journalistic and thin. The especial merit of a good reportorial story is that it shall be intensely interesting and pertinent today and shall have lost its point by tomorrow. 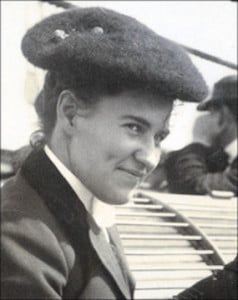 Art, it seems to me, should simplify. That, indeed, is very nearly the whole of the higher artistic process; finding what conventions of form and what detail one can do without and yet preserve the spirit of the whole—so that all that one has suppressed and cut away is there to the reader’s consciousness as much as if it were in type on the page.

Millet had done hundreds of sketches of peasants sowing grain, some of them very complicated and interesting, but when he came to paint the spirit of them all into one picture, “The Sower,” the composition is so simple that it seems inevitable.

All the discarded sketches that went before made the picture what it finally became, and the process was all the time one of simplifying, of sacrificing many conceptions good in themselves for one that was better and more universal.

Don’t be stingy about material

Any first rate novel or story must have in it the strength of a dozen fairly good stories that have been sacrificed to it. A good workman can’t be a cheap workman; he can’t be stingy about wasting material, and he cannot compromise.

The courage to go on without compromise does not come to a writer all at once — nor, for that matter, does the ability. Both are phases of natural development. In the beginning the artist, like his public, is wedded to old forms, old ideals, and his vision is blurred by the memory of old delights he would like to recapture.