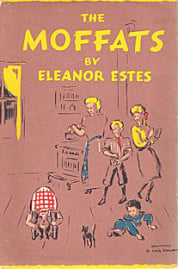 Eleanor Estes was a children’s book author/illustrator, a librarian, and a recipient of the Newbery Medal. Many of her stories are based on her personal childhood. experiences. Her first book, The Moffats, was published in 1941, followed closely by The Middle Moffat, and Rufus M.

The Moffats series was an immediate success, both at home and abroad, semi-autobiographical tales of the author’s own childhood. Another of her classics is The Hundred Dresses (1944). Here are quotes from Eleanor Estes’ classic books for kids. 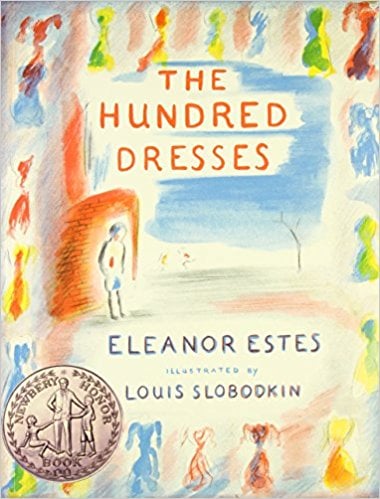 “Wanda,” Peggy would say in a most courteous manner, as though she were talking to Miss Mason or to the principal perhaps. “Wanda,” she’d say, giving one of her friends a nudge, “tell us. How many dresses did you say you had hanging up in your closet?”
“A hundred,” said Wanda.
“A hundred!” exclaimed all the girls incredulously, and the little girls would stop playing hopscotch and listen.
“Yeah, a hundred, all lined up,” said Wanda. Then her thin lips drew together in silence.

“Yes, that was the way it had all begun, the game of the hundred dresses. It all happened so suddenly and unexpectedly, with everyone falling right in, that even if you felt uncomfortable as Maddie had there wasn’t anything you could do about it.”

“After a long, long time she reached an important conclusion. She was never going to stand by and say nothing again.”

“Dear Miss Mason: How are you and Room 13? Please tell the girls they can keep those hundred dresses because in my new youse I have a hundred new ones all lined up in my closet.” 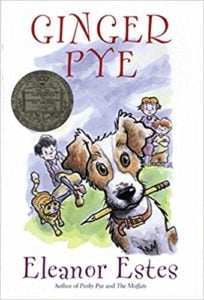 “Ginger twitched his ears and the loose skin on his back and legs to let Jerry know he was here and he was happy. Then he lowered his head down on his paws again and he let out a deep sigh that sounded almost like a sob, there was in it so much relief and pain and pleasure and remembering.”

“Ginger’s eyes had always been beautiful, gay, sparkling, laughing, and intelligent. Now they were even more beautiful for there were sadness and pleading, an anxious questioning, in them, too.”

“‘In old times, it was better, said Rachel. ‘They did not have cages around things.’”

Dick Badger knew more ways of earning a nickel than anyone Jerry had ever heard of. He charged a nickel if a boy or a girl wanted to hold his kite or to scratch Duke’s back. Of course he didn’t charge his best friend, Jerry Pye, anything, or even Rachel or Uncle Bennie. But he charged everybody else and he always had peanuts or gumdrops in his pocket.” 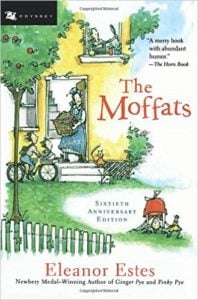 “New Dollar Street was shaped like a bow. That is, it was not a straight street put out by a measuring rod. It had a gentle curve in it like one half of a parenthesis, the first half. Exactly halfway down New Dollar Street was the yellow house where the Moffats, of whom Jane was the next to the youngest, lived.”

“What would her punishment be, she wondered. Jail, obviously. How dreadful that would be, she thought mournfully as she disappeared in the enormous lilac bush on the side of the house. Here at leas she felt she would have temporary security.”

“How still and empty the house suddenly became without Mama in it! Inside not a sound except the ticking of the clock in the sitting room and the creaking of the cane rocking-chair that no one was sitting in.”

“Jane sat on the bread-box, kicking her legs against the sides. The ice-cream cone was absolutely delicious. At least the first few bites were delicious. But the more she ate, the less she enjoyed it.  She was a pig, that’s what, a pig. Shemfound she couldn’t eat the lat few bites of the cone at all. She gave it to Mr.. Brooney’s little yellow dog, Jup, who gobbled it up withour the least trace of enthusiasm …”

“The children loved to go to Sandy Bean. They loved to look out across the harbor that lay like a great pool of water at the feet of the Sleeping Giant and of East Rock and West Rock. They hoped to find a lot of the little pink and white shells. If they did they would make a necklace for Mama, Jane thought.” 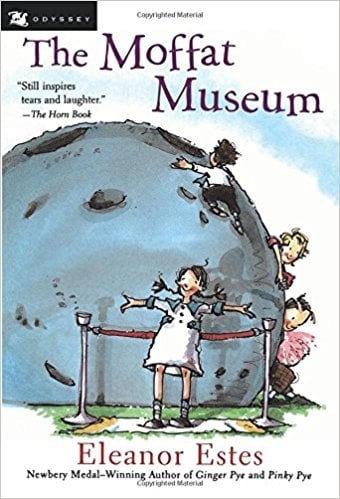 “Ah, murmured Jane, standing up now and going close to the barn. She addressed it. “Barn! You may soon become the first and only museum in Cranbury. No museum here? We’ll change that! ‘First’ things or any treasured things of any Moffat!”

“All of a sudden the petals gave Jane the answer as to what she, the flower girl, must do. Ah-h! The part she must play as the flower girl was to gather … petals and strew them all the way down the aisle from the altar to the door. What a pretty ight that would be! Sylvie in her long white wedding dress lilting her way daintily down the aisle on a soft carpet of rose petals! 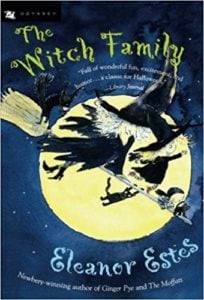 “Halloween shadows played upon the walls of the houses. In the sky the Halloween moon raced in and out of the clouds. The Halloween wind was blowing, not a blasting of wind but a right-sized swelling, falling, and gushing of wind. It was a lovely and exciting night, exactly the kind of night Halloween should be.” 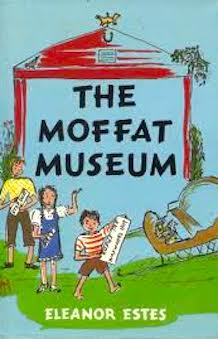