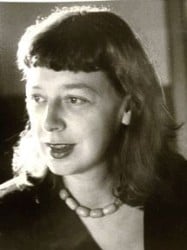 The town of “Cranbury” in which the Moffat books were set was based on her real life hometown of West Haven.

Upon graduating from high school, she joined the staff of the New Haven Free Public Library. Within a few years, she was promoted to Head of Children’s Services there.

A scholarship allowed her to attend the library school at the Pratt Institute in Brooklyn NY. There she met her future husband, Rice Estes. Eleanor Estes launched her career as a children’s librarian in the New York Public Library. 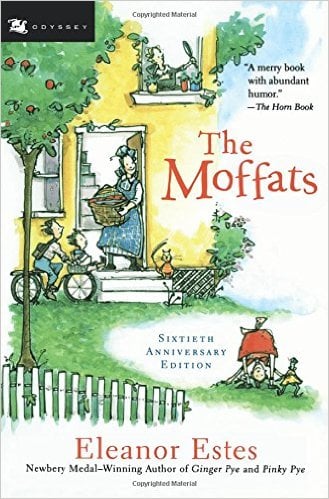 Eleanor’s first book, The Moffats, was published in 1941, followed closely by The Middle Moffat, and Rufus M. The Moffats series was an immediate success, both at home and abroad, semi-autobiographical tales of the author’s own childhood. The Moffats are the four children of a widowed working mother in the early twentieth century.

The Hundred Dresses (1944) is another Eleanor Estes classic, based upon her own recollections of growing up. Recalling how a classmate of hers was harassed due to her foreignness name and shabby clothing, it’s a timeless story on the damaging effects of bullying.

The story’s main character, Wanda Petronski, is a poor Polish-American girl who finds herself without friends and with little protection from the classroom’s teacher.

Wanda is teased about her name and the faded blue dress she wears every day. Wanda counters that she owns one hundred dresses, lined up in her closet at home. A drawing contest reveals that the dresses are ones that she drew in a variety of beautiful designs.

By this point, it’s too late for her classmates to make amends, as Wanda’s father has already withdrawn her from the school. A letter of apology sent to her by the students can no longer be forwarded to her.

The story still seems fresh in its approach to the theme of “otherness” and bullying. After it’s too late, a classmate of Wanda’s has this realization:

At last Maddie sat up in bed and pressed her forehead tight in her hands and really thought. This was the hardest thinking she had ever done. After a long, long time she reached an important conclusion.

She was never going to stand by and say nothing again.

A move, a daughter, and Ginger Pye

Eleanor and Rice Estes moved to Los Angeles, in 1948, and there Helena, their only daughter, was born. During this California sojourn, Eleanor wrote Ginger Pye, the story of a dog also set in the fictional “Cranbury.”

This story has been described as one of tenderness and humor, a family story in which children will find all the realities of their world, and adults will catch echoes of years gone by.

This book was awarded the Newbery Medal in 1952. Three of her other books received Newbery Honors, and in the course of her career, many other awards and accolades for being able to encapsulate ordinary childhood experiences into compelling and readable stories. She was also the illustrator of many of her own books.

A return to New York and a prolific career

In the mid-fifties, Eleanor and Rice Estes returned to New York when he was appointed Librarian at Pratt Institute.  Eleanor continued to write and produced The Witch Family, The Alley, and other stories.

When her husband retired, the couple moved to New Haven, Connecticut. In all, she produced some twenty books for children, a sampling of which is listed below. She died in Hamden, Connecticut in 1988. 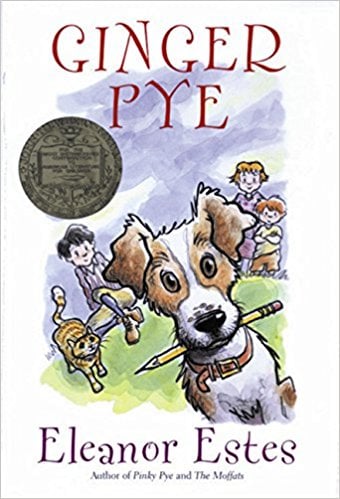 More about Eleanor Estes on this site