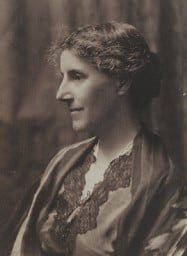 Charlotte Perkins Gilman (1860 – 1935), an American author of fiction and nonfiction, is considered ahead of her time for her feminist works that pushed for women’s social and economic independence. Best known for the 1892 semi-autobiographical work of short fiction, The Yellow Wallpaper, she was one of the leading voices of the late 19th and early 20th century American women’s movement

Her nonfiction works, including Women and Economics (1898) and The Man-Made World (1911) detail how women’s lives were impacted by social and economic bias. Sadly they’re still relevant, which is why they’re still read and studied. Here is a selection of Charlotte Perkins Gilman quotes on gender roles and human nature.

“It is not that women are really smaller-minded, weaker-minded, more timid and vacillating, but that whosoever, man or woman, lives always in a small, dark place, is always guarded, protected, directed and restrained, will become inevitably narrowed and weakened by it.”

“Exciting literature after supper is not the best digestive.”

“The art which gives humanity consciousness is the most vital art.” (The Man-Made World, 1911)

“A man’s honor always seems to want to kill a woman to satisfy it.”

“Audiences are always better pleased with a smart retort, some joke or epigram, than with any amount of reasoning.”

“George Sand smokes, wears male attire, wishes to be addressed as mon frère; perhaps, if she found those who were as brothers indeed, she would not care whether she were a brother or sister.” 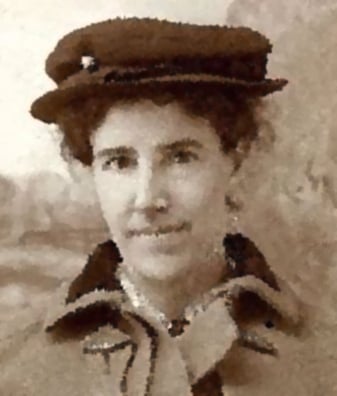 “There is no female mind. The brain is not an organ of sex. Might as well speak of a female liver.” (Women and Economics, 1898)

“The first duty of a human being is to assume the right functional relationship to society – more briefly, to find your real job, and do it.”

“There was a time when Patience ceased to be a virtue. It was long ago.”

“To swallow and follow, whether old doctrine or new propaganda, is a weakness still dominating the human mind.”

“The softest, freest, most pliable and changeful living substance is the brain – the hardest and most iron-bound as well.”

“A house does not need a wife any more than it needs a husband.”

“When all usefulness is over, when one is assured of an unavoidable and imminent death, it is the simplest of human rights to choose a quick and easy death in place of a slow and horrible one.” (from her suicide note, 1935)

“Here she comes, running out of prison and off the pedestal; chains off, crown off, halo off, just a live woman.”

“Death? Why all this fuss about death? Use your imagination, try to visualize a world without death! Death is the essential condition to life, not an evil.”

“Literature is the most powerful and necessary of the arts, and fiction is its broadest form. If art “holds the mirror up to nature” this art’s mirror is the largest of them all, the most used.” (The Man-Made World, 1911) 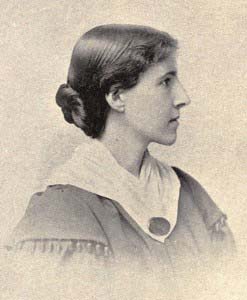 “Human life is a very large affair; and literature is its chief art. We live, humanly, only through our power of communication. Speech gives us this power laterally, as it were, in immediate personal contact. For permanent use speech becomes oral tradition – a poor dependence. Literature gives not only a infinite multiplication to the lateral spread of communion but adds the vertical reach. Through it [literature] we know the past, govern the present, and influence the future.” (The Man-Made World, 1911)

“This is the woman’s century, the first chance for the mother of the world to rise to her full place … and the world waits while she powders her nose.”

“We all need one another; much and often. Just as every human creature needs a place to be alone in, a sacred, private “home” of his own, so all human creatures need a place to be together in, from the two who can show each other their souls uninterruptedly, to the largest throng that can throb and stir in unison.” (Women and Economics, 1898)

“The arts, the sciences, the trades and crafts and professions, religions, philosophy, government, law, commerce, agriculture — all the human processes were going on as well as they were able, between wars.” (The Man-Made World, 1911)

“In a sick society, women who have difficulty fitting in are not ill but demonstrating a healthy and positive response.”

“To attain happiness in another world we need only to believe something, while to secure it in this world we must do something.”