The Life and Letters of Madame de Sévigné 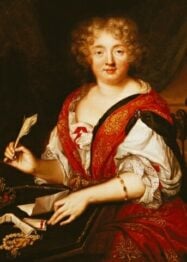 Who was Madame de Sévigné (1626 – 1696) and why are we still reading her collected letters more than three hundred years later? She lived in complicated times— during the reign of Louis XIV — and she was a gifted chronicler.

To this day, 1,372 of her letters survive, mostly written to her beloved daughter, Françoise-Marguerite de Sévigné.

Thanks to this correspondence, we have detailed insight into French history, politics, and culture, not to mention gossip — about the King’s love life, the Rennes tax revolt, or details of the corruption trial of finance minister Nicolas Fouquet.

After the death of her grandparents, at the age of ten, the young orphan was sent to live with her uncle Christophe de Coulanges, the Abbe of Livry. This proved fortuitous.

She was served well by her guardian; de Coulanges offered a good home, guarded her fortune, and made sure she was well-schooled in Christian values, Italian, Spanish, and Latin. Such an education was uncommon for women of the time.

Building on this solid foundation, young Marie studied philosophy, history, religion, and literature, including the works of Rabelais, Pascal, and La Fontaine.

An unhappy marriage and early widowhood

In 1644, at the age of eighteen, Marie was married off to Henri, Marquis de Sévigné, scion of a respected Breton family, as his third wife. Now, as Madame de Sévigné, she settled down to marital bliss and the raising of children. However, the bliss was short-lived — the Marquis was a gambler, spendthrift, and adulterer.

Seven years into the marriage, he was killed in a duel fought over his mistress, a prostitute named La Belle Lolo. At the age of twenty-five, the widow was left with two young children, a daughter named Francoise-Marguerite and a son named Charles.

In summing up her loveless and only marriage, de Sévigné wrote, “Matrimony is a very dangerous disorder; I had rather drink.”

The correspondence for which she became famous started when her daughter, Françoise-Marguerite, moved to Provence with her husband Comte de Grignan, where he could serve as viceroy.

The separation from her daughter was shattering. Seeking solace, Madame de Sévigné often wrote to Françoise-Marguerite three times a week, twenty to thirty pages a day. The tone of the letters may seem hurried as she covered a lot of topics in each; however, she had to make the post on Wednesdays and Fridays.

The letters, covering some fifty years, were written either from her home in Paris (now the Musee Carnavalet), her estates in Burgundy and Provence, the homes of relatives and friends, or Versailles.

“My dear girl, don’t stop loving me, for love is my life and soul; as I said to you the other day, it makes all my joy and all my grief.  I declare that the rest of my life is overshadowed by gloom and sadness when I think that so often I shall spend it away from you.”

At the time, letters were meant to be read aloud, and narrators could leave out anything personal about family and friends. Madame de Sévigné often parodies Corneille and Moliere in her writing, and she makes many historical and literary references throughout.

In letters to her daughter Francoise-Marguerite, Madame de Grignan, she alternated between offering loving advice on childrearing and health, and nagging her about how she and Comte Grignan spent and gambled too much (de Sévigné was always having to bail them out financially).

Similarly, in letters to her son Charles she offered kind, encouraging words when she wasn’t lecturing him on his unbecoming appetite for actresses and partying. In her correspondence, she gossiped about scandals at the Court, report on political events, or complain tediously about aches, pains, and loneliness. 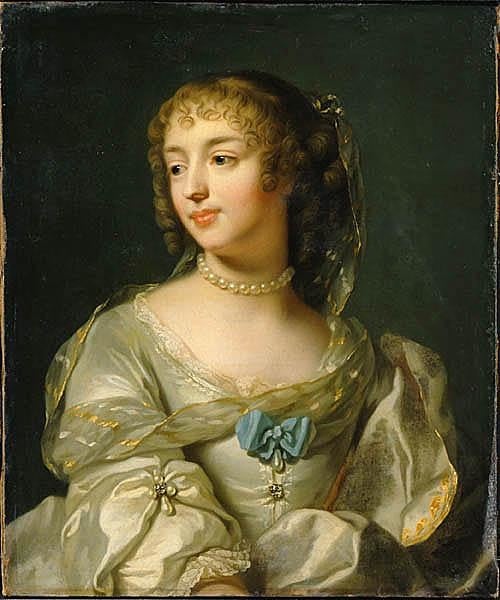 Madame de Sévigné’s correspondence has been described as important and influential as that of Voltaire. Authors such as Elizabeth Gaskell, George Eliot, and Virginia Woolf considered her a model for future women writers.

It has been a joy to read these epistles, especially those in the Penguin Classics collection, Madame de Sevigne, Selected Letters, for which Professor Leonard Tancock translated and published fifty complete letters with excellent notes for historical context. This book presents many letters to her daughter as well as those to or from her son Charles (with whom she wasn’t as obsessed) and her cousin Roger de Rabutin, among others.

Readers can appreciate the colorful bon mots and turns of phrase: “Take chocolate so that the most unpleasant company seems good to you.”  “I always think people can read my thoughts through my bodice.”  “It is freezing fit to split a stone.”

It’s no wonder that Madame de Sévigné became a popular figure at Versailles as well as in Parisian salon society, and that her letters have become treasured literary gems.

The letters are not only observant and witty, but they’re written with lots of puns and epigrams.  Moreover, she is considered a forerunner to the romantics, portraying the world of Mother Nature — its peace and spirituality. In one letter, she describes trees as being “decked in pearls and crystal.”  In another letter:

“These woods are always beautiful; their greenness is a hundred times more beautiful than that of Livry. I do not know whether it is due to the quality of the trees or to the freshness of the rains, but there can be no comparison. Everything today has the same green it had during the month of May. The leaves which fall are dead but those holding on are still green. You have never gazed at such beauty.”

Despite the span of time between Madame de Sévigné’s and my own life, I can empathize with many of the emotions in her letters, particularly when she writes as a mother who misses her daughter (as I do mine).

I also appreciate her love and kindness as a grandmother and friend. De Sévigné was a genius in the art of friendship and counted respected wordsmiths Francois de La Rochefoucauld and Madame de La Fayette as among her closest friends.

As the late author Francine du Plessix Gray wrote in a review of Frances Mossiker’s biography, Madame de Sevigne, A Life and Letters, the correspondence reveals:

“… A woman whose need for solitude creates a constant tension with her love of society, a devout Catholic whose Jansenist brand of faith tends to austere pessimism, a bonne vivante whose conversation leans toward the bold and racy, a narcissistic coquette addicted to spa cures and dietary fads to maintain her figure, a flirtatious tease who enjoys men’s attention and yet is reported to be frigid.”

Modern-day critics are often harsh, judging Madame de Sévigné’s thoughts and attitudes by contemporary mores. Given the brutal times of torture and war that spanned her life, more context is needed.

When King Louis XIV revoked the Edict of Nantes to deprive all Protestants of liberty unless they converted to Catholicism, she approved of their persecution and exile insofar as she considered them traitors. More than two hundred thousand Huguenots fled France during this period. 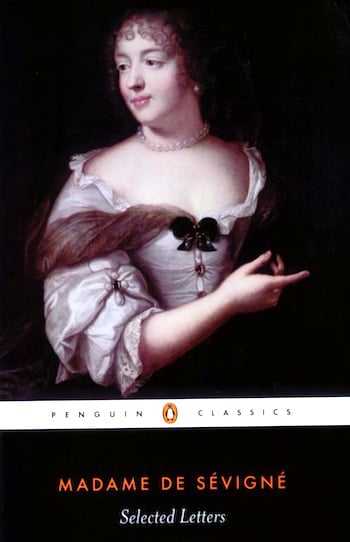 Preservation and destruction of Madame’s letters

How did so many of her letters survive? Madame de Sevigne’s cousin Rabutin published many of them in a memoir he wrote just following her death. Over time, others published her correspondence, sometimes edited.

The biggest blow to historical preservation was when Madame de Simiane (daughter of Françoise-Marguerite, and granddaughter of de Sévigné) printed her grandmother’s letters and reportedly burned most of her mother’s responses.  Evidently, de Simiane was troubled by her mother’s unorthodox Cartesian views espoused by René Descartes, the controversial rationalist.

“You ask me, my dear child, whether I am still fond of life. I admit that I think it has some acute sorrows. But I am even more repelled by death, and I feel that I am so unfortunate to have to finish all this by death, and that if I could go backwards I would ask for nothing better.”

Madame de Sévigné died of smallpox at her daughter’s chateau on April 17, 1696. Her daughter, fearing the disease, was not at her deathbed, the sad irony being that she died nine years later from smallpox as well.

Contributed by Tyler Scott, who has been writing essays and articles since the early 1980s for various magazines and newspapers.  In 2014 she published her novel The Excellent Advice of a Few Famous Painters. She lives in Blackstone, Virginia where she and her husband renovated a Queen Anne Revival house and enjoy small town life.

More by Tyler Scott on this site: