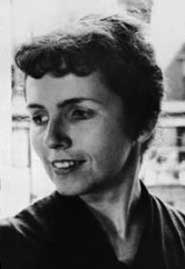 The daughter of Jewish Ukrainian immigrants (who Americanized their surname, Gutseit, to Goodside), she was born and raised in the Bronx.

It’s somewhat ironic that Paley, who dropped in and out of various schools (including Hunter College and The New School for Social Research) and never received a degree, did a lot of teaching in her career.

Despite lack of formal credentials, she taught classes at respected institutions, including Sarah Lawrence College (where she taught writing for a long stretch, from 1966 to 1989), as well as  NYU, Columbia, Syracuse, and City College of New York.

In 1942, at age 19, the former Grace Goodside married filmmaker Jess Paley; with him, she had two children. They divorced in 1972; after which she married Robert Nichols, a family friend and political ally.

Paley’s first collection of stories, The Little Disturbances of Man, was published in 1959. Though it was very well received critically, it wasn’t a commercial success.

Right around this time, Paley became interested in the political and social activism that was brewing in Greenwich Village, where she and her family lived. She was quite active in the anti-war movement of the 1960s, and traveled on private missions to political hotspots around the world in the 70s and 80s.

Perhaps that’s why her published output was spaced fairly wide apart. Enormous Changes at the Last Minute, another collection of short stories, came out in 1974, and it took another decade for Later the Same Day to appear in 1985. 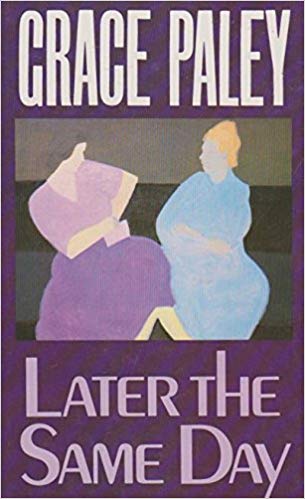 Grace Paley: The Collected Stories (2007) encapsulates her style, noting her “quirky, boisterous characters and rich use of language,” and goes on to say:

“Grace Paley’s stories are united by her signature interweaving of personal and political truths, by her extraordinary capacity for empathy, and by her pointed, funny depiction of the small and large events that make up city life.

As her work progresses, we encounter many of the same characters and revisit the same sites, bearing witness to a community as it develops and matures, becoming … a dense and vital world that is singular yet achingly familiar.”

In addition to her short story collections, Paley wrote poetry, with two collections of poems to her credit. Rounding out her books is Long Walks and Intimate Talks, a collection of poetry and prose. 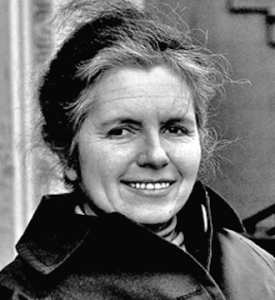 Never afraid of controversy, Grace Paley jumped into causes she believed in. For example, she was one of the founders of the Jewish Women’s Committee to End the Occupation of the West Bank and Gaza.

Always an avowed feminist, she described herself as a “somewhat combative pacifist and cooperative anarchist.”

Grace Paley seemed to put family, work, and political activism on an equal footing with her writing career. Her highly respected stories (with everyday themes of love, friendship, and family) were infused with wit and irony, revealing the inner workings of women’s lives and sometimes, Jewish identity.

Though she never finished a college degree, Paley received other significant honors, including a Guggenheim Fellowship (1961) and a National Endowment for the Arts Award (1966). In 1989 she received the Edith Wharton award, and in 1993, the Vermont Award for Excellence in the Arts, She was the Poet Laureate of Vermont from 2003 to 2007.

Paley died of breast cancer at age 84 at her second home inVermont. In one of her final interviews, she said that her dream for her children and grandchildren would be “a world without militarism and racism and greed – and where women don’t have to fight for their place in the world.” 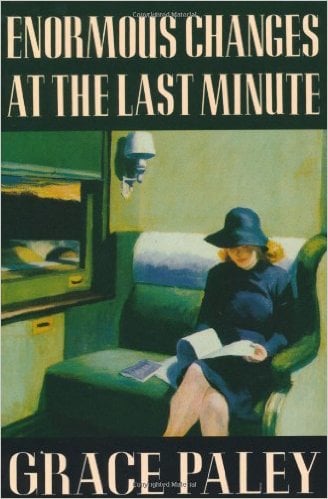