Harper Lee, Author of To Kill a Mockingbird 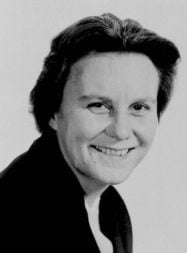 Harper Lee (April 28, 1926 –February 19, 2016) was an American author best known for the Pulitzer Prize-winning novel To Kill a Mockingbird (1960). Born in Monroeville, Alabama, she was originally named Nelle Harper Lee.

Few novels have had the cultural impact of To Kill a Mockingbird, which has sold tens of millions of copies and has been translated into more than forty languages. Lee drew from her upbringing in a small southern town to tell an indelible American story.

Lee was the youngest of four children — two sisters and a brother. Her father, Amasa Coleman Lee, was a lawyer and member of the Alabama state legislature. Her mother, Frances Finch, rarely left the house; it’s now believed that she suffered from untreated bipolar disorder.

Truman Capote (then named Truman Persons) was a childhood friend and the inspiration for Dill, the eccentric neighbor boy in Mockingbird. Truman lived with his mother’s relatives in Monroeville after being virtually abandoned by his own parents.

Lee enjoyed writing throughout her childhood and developed an interest in English literature in high school. Her college studies began in 1944 at the all-female Huntingdon College in Montgomery, Alabama. Ever the tomboy, Lee didn’t share her classmates’ interest in dating and fashion, staying focused on her studies.

After transferring to the University of Alabama at Tuscaloosa, Lee began writing for the college newspaper as well as its humor publication, the Rammer Jammer. She eventually became the editor of the latter.

Lee was accepted into the university’s law school in her junior year, which gave students the opportunity to begin studies toward a law degree while still undergraduates. But following her first year in the program, she announced to her family that she felt that writing, not law, was her true calling.

In 1949, 23-year-old Lee moved to New York City. She worked as a ticket agent for Eastern Airlines and for British Overseas Air Corp (BOAC). She reconnected with her old pal Truman Capote, who was finding his place in the literary world. It would be her friendship with the Broadway composer-lyricist Michael Martin Brown and his wife Joy that would change her life.

Michael and Joy Brown became Lee’s angels: For Christmas 1956, they offered to support her for an entire year so that she could quit her day jobs and write full time. The Browns also helped her get a literary agent, who got an editor at J.B. Lippincott Company to acquire her manuscript.

The story, set in a small Alabama town, would slowly and painstakingly take shape to become To Kill a Mockingbird. Jean Louise “Scout” Finch, the story’s main character, was a tomboyish yet sensitive girl who had much in common with the young Nelle Harper Lee.

Once her manuscript was finally completed, Lee worked as a research assistant for Truman Capote for an article he was writing for The New Yorker. The sensational murder of four members of the Clutter family in a small Kansas farming community would eventually become the groundbreaking “nonfiction novel” In Cold Blood.

Lee was disappointed by the lack of acknowledgment she received from Capote for her role in researching and assistance on In Cold Blood, and it caused a rift between them. Their estrangement deepened as Capote drifted deeper into drug culture. 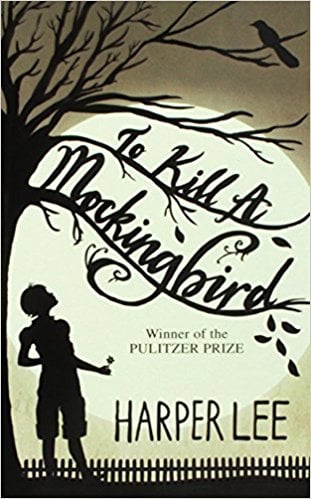 To Kill a Mockingbird

To Kill a Mockingbird was published in June of 1960 to instant acclaim and success. A coming-of-age story set in Maycomb, small Southern town, it’s told from the perspective of Jean Louise “Scout” Finch Scout’s father, Atticus Finch, is an attorney with integrity and wisdom to spare.

Scout and her older brother Jem are being raised by Atticus, a widower, and Calpurnia, their African-American housekeeper. Dill (the character inspired by Truman Capote) comes to town during the summers to stay with his aunt. He, Scout, and Jem plot ways to lure their mysterious neighbor, Arthur “Boo” Radley, out of his house so they can get a look at him.

One of the central aspects of the story is Atticus’s legal representation of a black man, Tom Robinson, who is accused of raping Mayella Ewell, a white woman. She and her father Bob Ewell, are considered the town’s “white trash.” The children learn that even plenty of proof that Tom is innocent isn’t enough for the all-white jury. Scout’s eyes are opened to the complexity of human nature, and its capacity for good and evil.

To Kill a Mockingbird was a popular as well as a critical success, lauded for capturing the complex social fabric of Southern life and examining unsettling issues of race and class in America. In addition to the Pulitzer Prize, the book won numerous other awards and was a selection of a number of book clubs.

The book made Harper Lee famous and also quite wealthy, though it didn’t change much about her frugal lifestyle. She shared a modest home with her oldest sister Alice, an attorney who oversaw many of Lee’s legal and financial affairs. She spent little on herself and generously donated to various charities and to the local Methodist church.

No one was more surprised by the incredible success of To Kill a Mockingbird than the author herself. In a 1964 interview, she said:

“I never expected any sort of success with Mockingbird.I didn’t expect the book to sell in the first place. I was hoping for a quick and merciful death at the hands of reviewers, but at the same time I sort of hoped that maybe someone would like it enough to give me encouragement. Public encouragement. I hoped for a little, as I said, but I got rather a whole lot, and in some ways this was just about as frightening as the quick, merciful death I’d expected.” 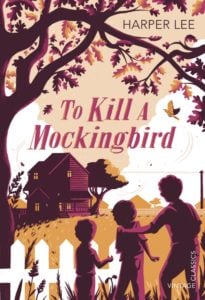 Film adaptation of To Kill a Mockingbird

The 1962 film version of To Kill a Mockingbird cemented the novel’s reputation and success. With Gregory Peck as Atticus and two children from Alabama — Mary Badham and Phillip Alford — as Scout and Jem, the film was completely true to the spirit of the novel. Peck won an Academy Award for Best Actor.

Harper Lee originally wanted the role of Atticus Finch to go to Spencer Tracy, even writing him a letter to ask that he star in the film. He was unavailable, but as it turned out, there couldn’t have been a more fitting actor to portray Atticus than Gregory Peck. Lee came to came to adore him, and the two remained friends until Peck’s death in 2003. 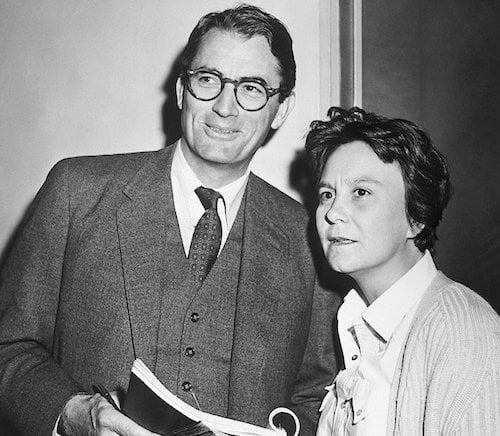 By the 1970s Harper Lee seemed to have had enough of public life. She retreated from view, gave few interviews, and divided her time between New York City and Monroeville.

In 2007 Harper Lee had a stroke and was dealing with various other health issues including the decline of her hearing, and eyesight, and short-term memory. After the stroke, she moved into an assisted living facility in Monroeville.

Go Set a Watchman was the original manuscript for what was to become To Kill a Mockingbird. It followed the lives of the characters in To Kill a Mockingbird at a later age. Scout was portrayed as a young woman in her twenties returning from New York City to her hometown in the south. Her editor astutely requested that she review the story so that it’s told from the perspective of Scout as a child. Lee spent the next two years revising the story.

Many years later, Go Set a Watchman was discovered by her lawyer, Tonja Carter, in a safe deposit box. HarperCollins announced its publication in July 2015. Controversy immediately ensued. Some wondered if the author, then 88, was coerced in any way. Lee issued this statement through her attorney: “I’m alive and kicking and happy as hell with the reactions to Watchman.” 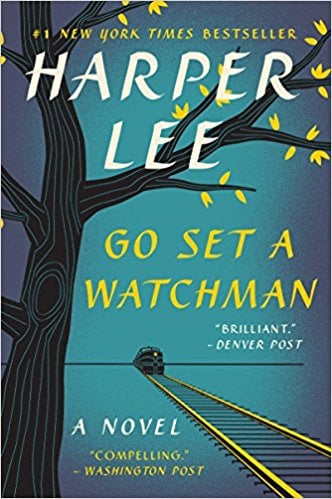 What was most upsetting to readers was that the saintly Atticus of Mockingbird was portrayed in Watchman as a racist with ties to the Ku Klux Klan.

The novel sparked many debates. It won over many fans hungry for more about the beloved characters of Mockingbird but also broke the hearts of readers who disliked the revisionist view of Atticus. Another thing the book broke was sales records. It sold 720,000 copies in the first 36 hours of sales.

Reviews were far more mixed than they had been for Mockingbird. It gave comfort to some readers but not others that in the end, Go Set a Watchman wasn’t a sequel to To Kill a Mockingbird, but an early draft of the book that it would evolve into. 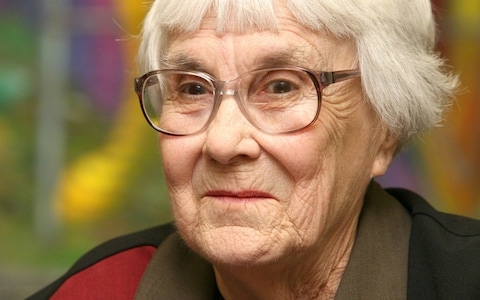 The legacy of Harper Lee

Though Harper Lee spent only a handful of years in the public eye, her contribution to literature and culture can’t be overstated. In addition to the 1961 Pulitzer Prize for To Kill a Mockingbird, she received countless awards, including the Alabama Humanities Award (2002) and the Presidential Medal of Freedom (2007) In 2007, she was inducted into the American Academy of Arts and Letters.

Harper Lee died in her sleep on February 19, 2016, in her hometown of Monroeville and was buried in Hillcrest Cemetery. She was 89.