A Pilgrimage to Harper Lee’s Monroeville, Alabama, “Maycomb” of To Kill a Mockingbird 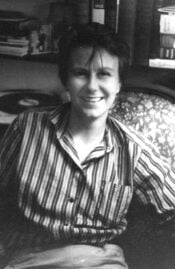 To Kill a Mockingbird (1960) by Harper Lee continues to be one of the most frequently taught novels in American high schools and is beloved by readers of all persuasions. The Pulitzer Prize-winning book has sold more than forty million copies and has been translated into some forty languages.

After a gap of fifty-six years, the 2016 publication of Go Set a Watchman set off a fervor of renewed interest in the famously private (though not, as myth would have it, reclusive) author.

No wonder, then, that Harper Lee’s hometown of Monroeville, Alabama, draws thousands of visitors each year who arrive to pay homage to her literary legacy.

This small Southern town (population around 6,000) was the inspiration for Maycomb, where both books are set. The photo above right was snapped by Lee’s friend Michael Brown in 1957, the year she sold her manuscript, which had yet to be much edited. 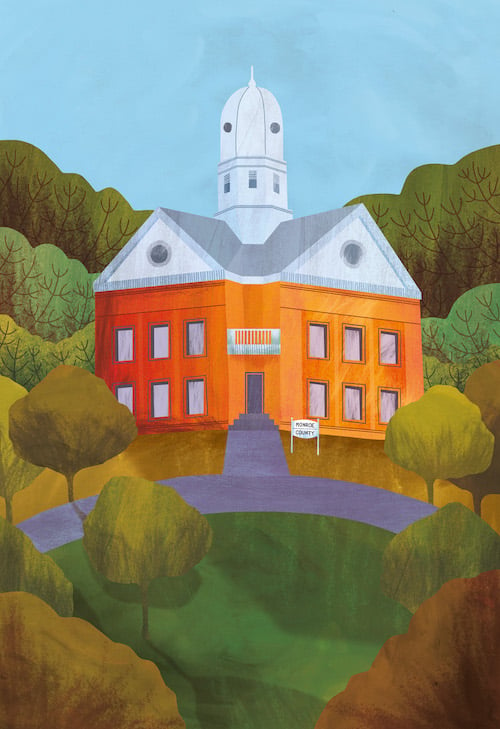 Literary Places (2019), written by Sarah Baxter and illustrated by Amy Grimes, explores twenty-five locales that are nearly as important to the narrative of certain novels as are the human characters.

Think of the Paris of Les Miserables, the Yorkshire Moors of Wuthering Heights, and the Dublin of Ulysses, among others. None of those novels would be what they are without their settings, with their  proverbial “sense of place.”

This is amply true for Harper Lee’s Monroeville, Alabama, which has come to symbolize not merely a typical Southern town in the early 20th-century, but of a particular mindset that America can’t seem to shake. That’s part of what, sadly, keeps Mockingbird relevant.

Here’s a portion of Sarah Baxter’s ode to Monroeville:

“No one’s in a hurry in this tired old town. Maybe it’s the heat – the Alabama summer is stultifying, sticky as molasses. It would be swell to swing on a porch all afternoon with an icy Coca-Cola. But this bench under the main square’s live oaks and magnolias will do just fine.

Folk pass by, strolling between the Christian bookshop, the thrift store and the fine old County Courthouse, its white dome dazzling under the sun.

No case has been tried here for decades; indeed, its most famous case wasn’t tried here at all. But it remains a potent symbol of justice all the same …

Harper Lee’s classic, To Kill a Mockingbird, delivered the right message in the right tone at the right moment. A simple tale of prejudice, unjustness and morality, it was published in 1960, just as the American South faced its biggest social shift since the Civil War.

The equality movement was gaining momentum; deeply entrenched attitudes to race and class were being challenged. Alabama saw some of the highest-profile acts. It was in Montgomery in 1955 that Rosa Parks refused to surrender her bus seat to a white passenger.

In 1956, anti-integration riots erupted when Autherine Lucy and Polly Myers became the first African-American students to be admitted to the state’s university.” 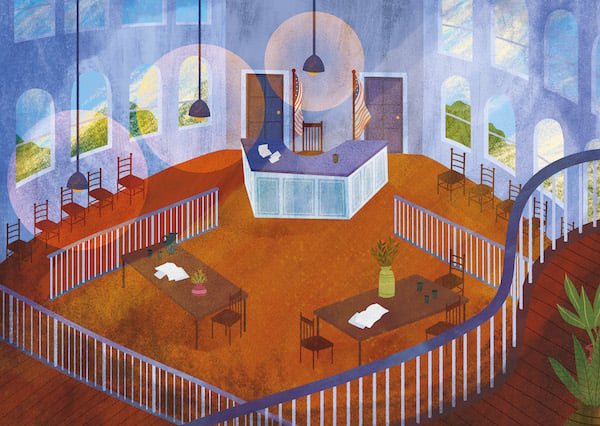 Monroeville has capitalized on the fame of its most famous resident and her hugely influential book, but it’s hard to quibble with the desire to do so.

One of the highlights of a Harper Lee pilgrimage is the “To Kill a Mockingbird Experience” tour centered around the Old Courthouse Museum. It houses a courtroom re-created from the 1960 film starring Gregory Peck in his iconic role as Atticus Finch.

In the spring of each year, the first act of the theatrical version of Mockingbird is performed in an outdoor amphitheater behind the courtroom. Because of its limited annual run, tickets sell out very quickly, so if you consider going, order them well in advance.

In addition, the museum displays photographs and memorabilia of Harper Lee and Truman Capote, her childhood friend (and later her writing colleague and sometimes rival). Though a visit to Monroeville is tinged with commercialism, anything that extends the legacy of Lee’s novel, and the messages it delivers, can only be to the good.

As the entry in Literary Places concludes, “According to Atticus, ‘You never really understand a person until you consider things from his point of view … Until you climb inside of his skin and walk around in it.’ Visiting Monroeville lets you walk a little with Harper Lee.” 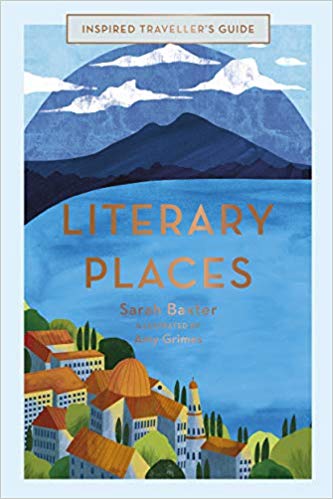