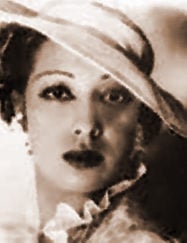 Gwendolyn B. Bennett (July 8, 1902 – May 30, 1981) was an American poet, writer, artist, columnist, and arts administrator associated with the Harlem Renaissance. Born in Giddings, Texas, she spent her early childhood on a Paiute Indian Reservation in Nevada, where her parents were teachers.

When she was four, her parents moved to Washington, D.C. so that her father could study law at Howard University, while her mother trained as a beautician.

But all wasn’t well with this upwardly mobile couple; when Gwendolyn was seven, her parents divorced. After her mother gained custody, she was kidnapped by her father, who, along with his new wife, moved her around the northeast for several years.

When Gwendolyn finally achieved stability as a teen, her talents emerged and began to flourish. Attending an all-girls’ high school in Brooklyn, NY, she won a school-wide art contest and became the first African-American student to be part of the drama and literary clubs. She excelled at theater arts, starring in a play that she wrote.

In 1921, Gwendolyn took art courses at Pratt Institute and Columbia University. At the same time, she began writing poetry. Her first published poem, “Heritage,” was published in the NAACP’s journal, The Crisis, in 1923.

What became one of her best-known poems, “To Usward” was released the following year as an homage to Jessie Redmon Fauset’s 1924 novel, There is Confusion.

After graduating college in 1924, Gwendolyn moved to Washington, D.C., where she taught various art courses at Howard University. A slew of scholarships and awards allowed her to further pursue art studies.

She took courses at several prestigious institutions in Paris, including the Sorbonne, and explored oil and watercolor painting, woodcut, and drawing in pen and ink. Alas, most of the artwork she did during this period was later destroyed in a fire.

Whether in the nation’s capital or in Europe, Gwendolyn corresponded with Langston Hughes, Countee Cullen, and other Harlem Renaissance luminaries, maintaining her ties to the creative community. Upon her return to New York City in 1926, she easily slid right back into the swing of things.

Some of her most memorable poetry was produced during this period. Her poems explored themes of racial pride and reflected African motifs. “Fantasy” spoke to the aspirations of African-American women. “Dark Girl” encouraged Black women to love themselves and aspire to the nobility of African queens.

Some poems were splendidly romantic, others a celebration of self. “Heritage” is also among her highly regarded poems as is the brief, evocative “Nocturne”:

This cool night is strange
Among midsummer days…
Far frosts are caught
In the moon’s pale light,
And sounds are distant laughter
Chilled to crystal tears.

Award-worthy talent and a supporter of artists

While working an assistant editor at the influential African-American journal, Opportunity, Gwendolyn received another major award. The Barnes Foundation Fellowship recognized her achievement in fine art and graphic design.

She embraced her visual and literary sides in richly expressive ways. Here’s a selection of poems by Gwendolyn B. Bennett for you to enjoy.

Gwendolyn was respected and beloved by the Harlem arts community. She bolstered emerging artists and writers and became adept at building community. The 1920s, while still in her own twenties, were among her most productive periods. Established figures praised her talent, describing her as “a dynamic figure, noted for her depth and understanding.” 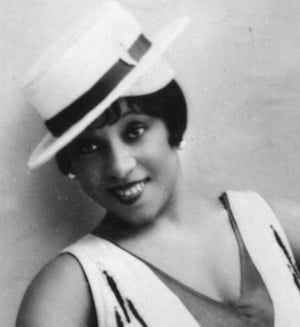 Gwendolyn B. Bennett in the 1920s
See also: Women Poets of the Harlem Renaissance to Rediscover and Read

In 1927, Gwendolyn married Dr. Albert Joseph Jackson, a fellow instructor at Howard University. The couple moved to Florida, but found the racism they encountered unbearable. In addition, Gwendolyn didn’t like being so far from a cultural center. She and her husband returned to New York, this time, to Long Island.

When Dr. Jackson died in 1936, Gwendolyn moved back to New York City, though the condition in which she found her beloved Harlem shocked and saddened her. The Depression had taken an immense toll in many ways, and with few outlets available for the creative arts, Gwendolyn put her energy into working for the Federal Writers Project and the Federal Art Project.

In 1940, Gwendolyn married fellow writer and educator Richard Crosscup, who was white. For unknown reasons, Gwendolyn was suspected of being a Communist by the FBI, then led by the nefarious J. Edgar Hoover.

Along with others who were part of the arts community, she was investigated from 1941 through 1959 despite lack of evidence. Still, she remained active in community arts organizations, including serving on the board of the Negro Playwright’s Guild and leading the Harlem Community Arts Center.

The later life of Gwendolyn B. Bennett

As a multi-talented artist, writer, educator, journalist, and arts administrator, her versatility was an asset to the Harlem Renaissance and beyond. She dedicated herself to advancing the careers of young Black artists. Gwendolyn B. Bennett’s achievements certainly deserve more attention, and if not for the intrusion of the FBI into her life, she would surely have accomplished even more.

The FBI investigation dampened Gwendolyn’s appetite for working in the arts. Her later years were spent as a secretary at the Consumers Union and after retiring, she and her husband settled in Kutztown, Pennsylvania.

Together, they opened an antique shop, living a fairly anonymous life. She died of cardiovascular disease on May 30, 1981, in Reading, Pennsylvania. 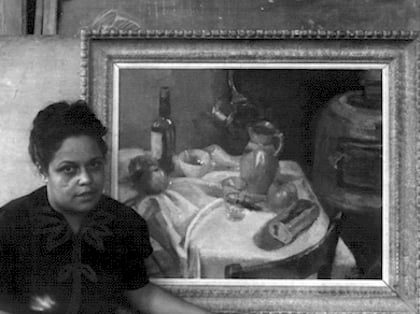 More about Gwendolyn B. Bennett

Gwendolyn B. Bennett’s poetry was never collected into a single volume, though it appeared in many anthologies, especially during the 1920s. These included:

Two published short stories include “Wedding Day” (1926) and “Tokens” (1927). In additions to these works, she wrote a number of essays in addition to the popular “Ebony and Flute” columns for Opportunity magazine from 1926 to 1928. These were intended to celebrate the achievements of her fellow creative artists and writers in Harlem. 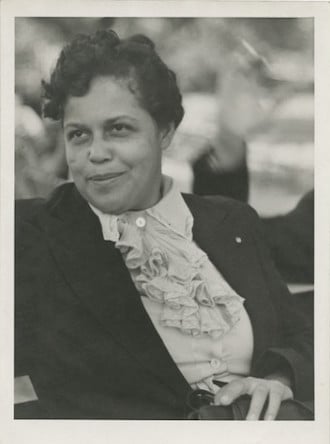