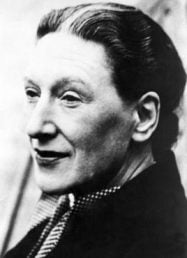 Elizabeth Bowen (June 7, 1899 – February 22, 1973) was an Irish-British novelist and short story writer best known for fictional works that focused on life in wartime London and relationships among the upper-middle class.

Some have referred to her as the “grande dame” of the modern novel, her work characterized by a conscious, concise style.

Bowen’s work reflects her great interest in “life with the lid on and what happens when the lid comes off.” It examines the innocence of orderly life and irrepressible forces that transforms one’s experience. In her stories and novels, she examines the betrayal and secrets beneath the veneer of respectability. 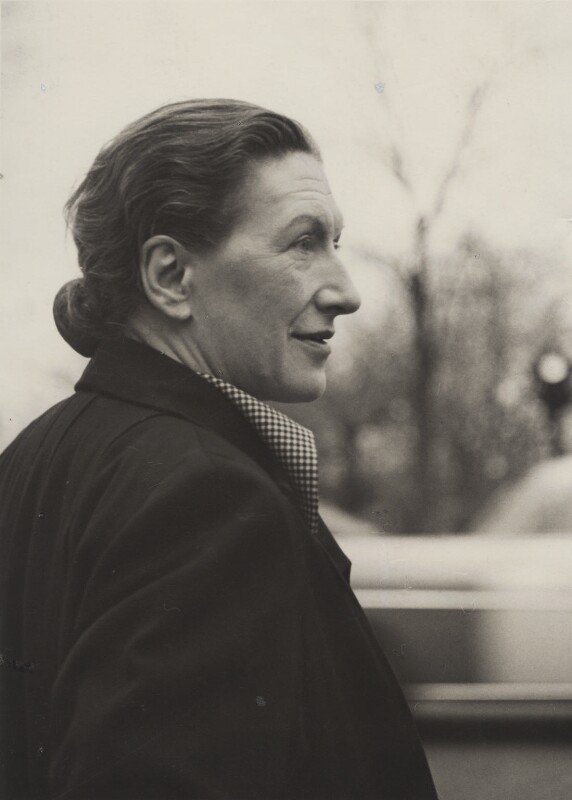 Elizabeth Dorothea Cole Bowen was born at 15 Herbert Place in Dublin to Florence Bowen and Henry Charles Cole Bowen. She was baptized in the nearby St. Stephen’s Church on Upper Mount Street and spent summers as a young girl at Bowen’s Court, a historic country house near Kildorrery, County Cork.

She lived in Ireland until the age of seven. After her father’s mental illness became acute in 1907, she and her mother relocated Hythe in England.

After her mother passed away in 1912, Bowen’s aunts became her guardians. They sent her to Downe House School, a selective girl’s boarding school, to receive an education. After attending art school in London, she decided to focus her attention on writing.

Bowen became associated with the Bloomsbury Group. She developed a good friendship with English writer Rose Macaulay, who assisted her in finding a publisher for her first book, Encounters (1923), a collection of short stories. 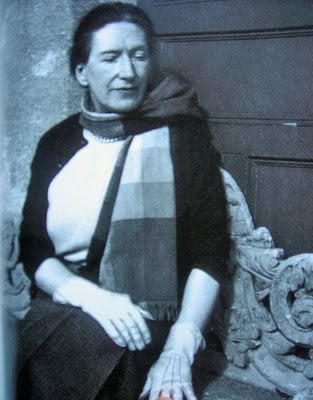 The same year that Bowen published Encounters (1923) she married Alan Cameron, an educational administrator. Their marriage was never consummated and was described as a “sexless but contented union.”

Although she was with Cameron, she had numerous relationships outside of her marriage. She was in a relationship with Charles Ritchie, a Canadian diplomat seven years her junior, for over thirty years. In addition, she had an affair with Irish writer Seán Ó Faoláin and American poet May Sarton.

The Last September (1929), one of her most notable works, discussed life in Danielstown, Cork  at the time of the Irish War of Independence.

After the publication To the North (1932) was her next novel, Bowen and her husband moved to the Regent’s Park section of London. Here, she wrote The House in Paris (1935) and The Death of the Heart (1938). Between publishing these works, she became a member of the Irish Academy of Letters. 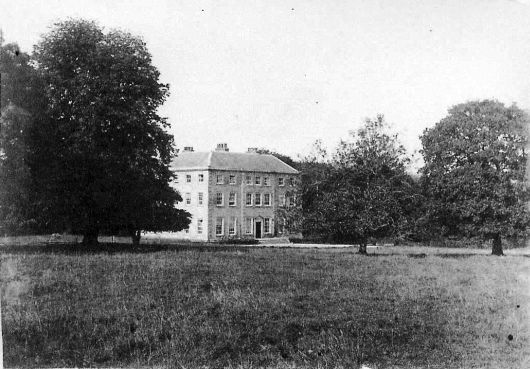 In 1930, Bowen inherited Bowen’s Court, becoming the first and only woman to do so. In the 1930s and onwards, Bowen had numerous notable visitors come to her home, including Virginia Woolf, Iris Murdoch, and Eudora Welty. On the eve of World War II, she began working for the British Ministry of Information in 1939 and reported on issues of neutrality and Irish opinion.

Bowen’s political views leaned towards Burkean conservatism during the wartime. During and after the war, Bowen arguably wrote one of the greatest expressions of what life was like in wartime London with novels such as The Demon Lover and Other Stories (1945).

For her contribution to literature, she was awarded the CBE (The Most Excellent Order of the British Empire) in 1948.

In 1952, her husband retired and the couple settled in Bowen’s Court. He passed away a just a few months later. After his death, Bowen found it difficult to keep up with her household as she was constantly traveling to the United States to earn money by lecturing.

In 1958, Bowen traveled to Italy to research and prepare for her 1960 novel, A Time in Rome. A year later, she was forced to sell Bowen’s Court. After she sold her beloved home, it was demolished. Bowen spent the next few years without a stable home before she settled in Carbery, Church Hill, Hythe, in 1965. 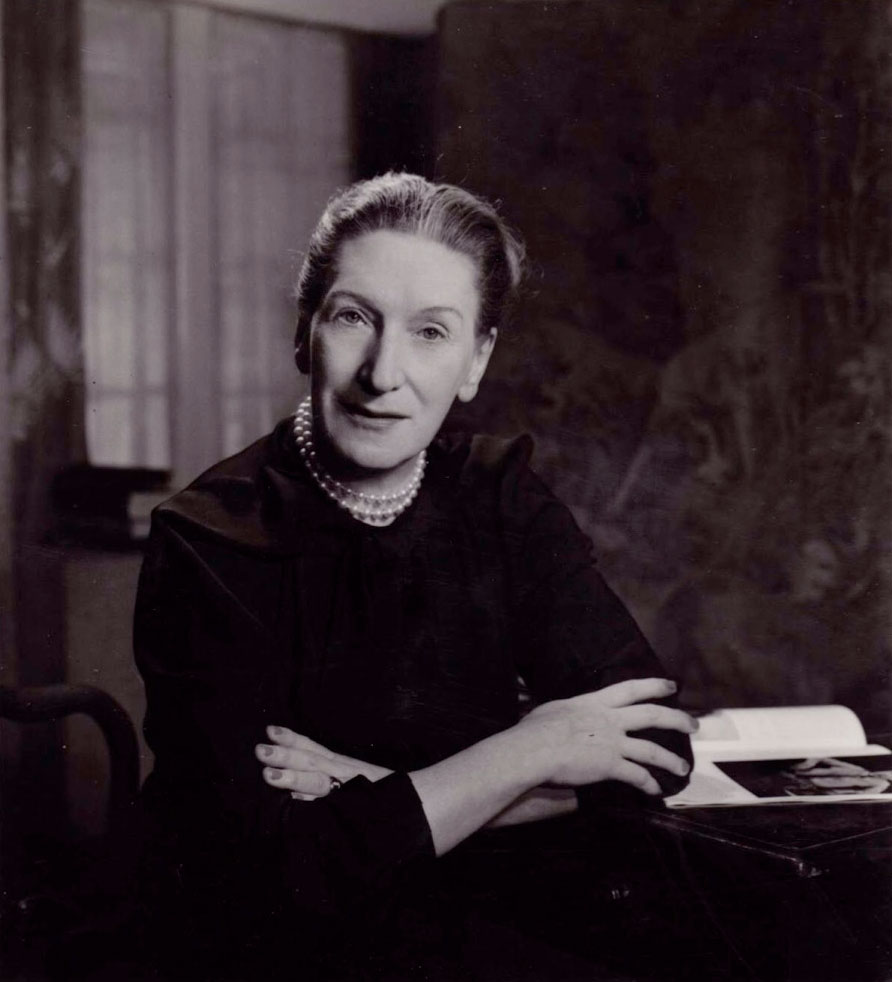 Bowen explained that she preferred to write in the mornings when she was “cold, energetic, candid, and rational” as opposed to the evenings when her brain worked “fast but feverishly and with poorer quality.”

When she was working on a novel, she kept “office hours” strictly to standard business hours. She was slow and deliberate in her writing, and as a result, her novels were on the shorter side.

She highly admired the medium of film, and was influenced by filmmaking techniques that were popular in her time. Her most famous novel, The Heat of the Day (1948), is considered the best representation of London during the bombing raids of World War II.

In addition to her highly respected works on the realities of life, Bowen is also noted for her ghost stories. Robert Aickman, a supernatural fiction writer, describes Elizabeth Bowen as “the most distinguished living practitioner” of ghost stories. 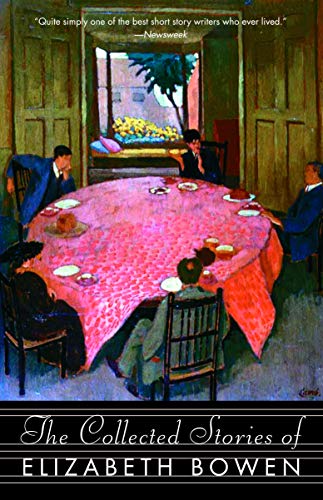 Awards and honors; the legacy of Elizabeth Bowen

In 1977, the first biography of Elizabeth Bowen was published by Victoria Glendinning. In 2009, Glendinning published a book focusing on the relationship between Charles Ritchie and Bowen based on letters and diaries.

In 2012, English Heritage marked Bowen’s Regent’s Park home at Clarence Terrace with a blue plaque. The plaque was unveiled on October 19, 2014 in commemoration of her residence at the Coach House, The Croft, Headington from 1925-1935.

Four of Bowen’s novels were adapted for British television of films: The Last September, The Death of the Heart, The Heat of the Day, and The House in Paris.

In a 2005 review of Elizabeth Bowen: The Enforced Return by Neil Corcoran, Stacey D’Erasmo summed up this writer’s legacy, noting that she was often compared to Virginia Wolfe and Henry James:

“Elizabeth Bowen is a great writer. To this sentence is usually appended a phrase like: ‘though widely underappreciated’ or ‘though not much read’ or ‘of the Anglo-Irish experience between the wars.’ These are the sorts of phrases that give the impression that Bowen must be read through a special instrument, such as a telescope.

In fact, the opposite is true. Bowen, the author of some twenty-eight books, who lived from 1899 to 1973, had a genius for conveying the reader straight into the most powerful and complex regions of the heart.

On that terrain, she was bold, empathic and merciless. She wrote about the aftermath of wars, about affairs and about childhood with equally piercing insight and a thorough comprehension of the consequences of politics and desire.” 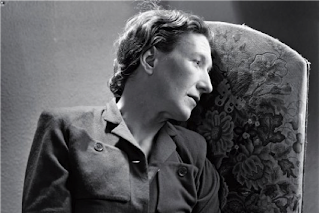 In 1972, Bowen spent Christmas with her friends in Kinsale, County Cork. Soon after returning home, she was hospitalized. She had developed lung cancer, and passed away in University College Hospital on February 22, 1973 at the age of seventy-three.

Elizabeth Bowen was buried alongside her husband in Farahy, County Cork churchyard, near Bowen’s Court’s gates. A commemoration of her life is celebrated annually at the entrance to St. Colman’s Church. 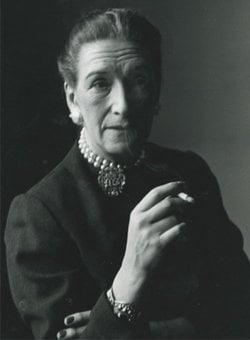 In addition, there are numerous critical studies and critical essays on Bowen’s works.