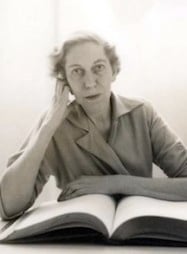 Much of her writing focused on realistic human relationships — conflict, community, interaction, and influence. As a Southern writer, a sense of place was an important theme running though her work.

She grew up in a close-knit, contented family in Jackson, Mississippi. Her parents instilled a love of education, curiosity, and reading to her and to her brothers, with whom she was close.

A private person, not a lot is known about her personal life. Though she traveled widely, she always returned to Jackson, Mississippi, and spent her later years living in the home that had belonged to her family.

Eudora Welty wrote several well-received novels and memoirs but was particularly known for her mastery of the short story form.

Eudora was always a star student, from early grades through college. She earned her Bachelor’s degree from the University of Wisconsin.

She did her graduate work at Columbia University School of Business, heeding her father’s suggestion to study advertising. But since she finished her degree just as the depression was worsening, she struggled to find work.

The various jobs Eudora Welty took during the 1930s— for a radio station, as a society columnist, and publicity agent for the Works Progress Administration — helped make ends meet, but what gave her most satisfaction was taking photographs. She received marginal success in exhibiting them, but few were published, as she desired, until later in her life.

Eudora always appreciated the support her parents showed in her quest to become a writer. From her memoir, OneWriter’s Beginnings  (Harvard University Press, 1983):

“It was my mother who emotionally and imaginatively supported me in my wish to become a writer. It was my father who gave me the first dictionary of my own, a Webster’s Collegiate … It was also he who expressed his reservations that I wouldn’t achieve financial success by becoming a writer, a sensible fear; nevertheless he fitted me with my first typewriter, my little red Royal Portable, which I carried off to the University of Wisconsin.

It was also he who advised me, after I’d told him I still meant to try writing, even though I didn’t expect to sell my stories to The Saturday Evening Post which paid well, to go ahead and try myself — but to prepare to earn my living in another way.”

But her cautious father, for whom Eudora had so much evident affection and respect, passed away before she could demonstrate that she could, indeed, earn her living as a writer.

Early success with “Death of a Traveling Salesman”

She had a breakthrough success with a short story, “Death of a Traveling Salesman.” And yes, it was published before Arthur Miller’s famous play, Death of a Salesman. It’s not clear whether it was an influence. Eudora’s story was published in a literary magazine whose editor called it “one of the best stories we have ever read.” Eudora herself recalled:

“Writing ‘Death of a Traveling Salesman’ opened my eyes. And I had received the shock of having touched, for the first time, on my real subject: human relationships. Daydreaming had started me on the way; but story writing, once I was truly in its grip, took me and shook me awake.” (from One Writer’s Beginnings)

After the story was published in 1936 she found it easier to sell her stories to various publications. The story also caught the attention of Katherine Anne Porter, who became a mentor to her.

“In A Curtain of Green, Welty included seventeen stories that move from the comic to the tragic, from realistic portraits to surrealistic ones, and that display a wry wit, the keen observation of detail, and a sure rendering of dialect.

Here she at times translated into fiction memories of people and places she had earlier photographed, and the volume’s three stories focusing upon African American characters exemplify the empathy that was present in her photos.

Toni Morrison has observed that Eudora Welty wrote ‘about black people in a way that few white men have ever been able to write. It’s not patronizing, not romanticizing — it’s the way they should be written about.'” 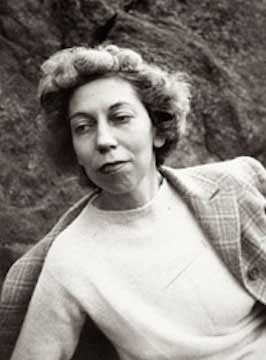 A writer in command of her craft

Welty spent much of her life in the Mississippi Delta and the community out of which her most iconic writings grew. Her early novel, Delta Wedding (1946), looks at the world of adult interactions and love through the eyes of a child.

What stands out in Welty’s novels, stories, and memoirs is her ability to capture the texture of community and, to be a bit trite, a sense of place. Her work explores both separateness of the individual and the healing potential of love.

Welty’s writing style varied, simply because she was in command of it. Her stories and novels could be seen as quaint and understated or else wonderfully strange and funny. The Robber Bridegroom (1942), set in Mississippi of the late 1700s, made use of legend.

As a whole, many of her works cross the boundaries of nostalgia for a culture that has had its day, and an examination of the inner lives of the characters.

Other works were daring: After Medgar Evers was murdered in Mississippi, she wrote a short story in the voice of the assassin, “Where Is the Voice Coming From?” It was published in The New Yorker.

Other well-know novels included The Ponder Heart (1954), which has comic elements, and Losing Battles (1970), a beautifully drawn portrait of a Southern family. 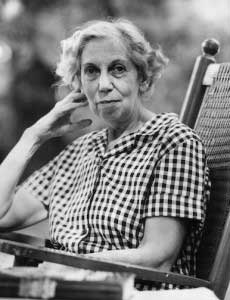 Eudora Welty’s 7 Thoughtful Idea on the Art of Reading

Master of the short story form

Among Welty’s most notable works are her short stories. Her skill in this form, which she returned to throughout her career, produced some of her finest pieces of fiction. The Collected Stories of Eudora Welty, a later volume that gathered all of her published short stories, introduced them as follows:

“Although their events and settings varied, and they range as far from Miss Welty’s native Mississippi as Cork and Naples, they spring from a distinctive Southern sensibility, from the author’s response to the place where she has always lived, from long familiarity with the thoughts and feelings of ordinary people around her.

Yet the characters in her stories are anything but ordinary; in the commonplace she perceives what is unique. She is sensitively tuned to their voices and their minds, whether she is in the skin of a beautician, a salesman, or a jazz player.

Time is as important an element in Eudora Welty’s writing as place or character She has said that one cannot live in the South without being conscious of its history. “ 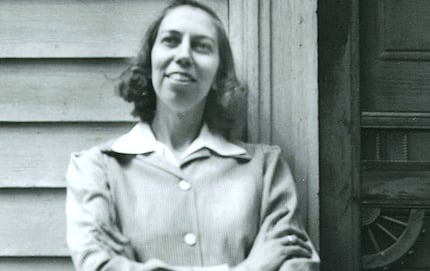 It’s not as widely known that Eudora Welty was an accomplished documentary photographer. She took thousands of photos from the 1930s through the 1950s. Most of her photos depicted Americans of different economic and social classes during the Great Depression and beyond. Of her work during the Depression she observed:

“My first full-time job was rewarding to me in a way I could never have foreseen in those early days of my writing. I went to work for the state office of the Works Progress Administration as a junior publicity agent. This was of course one of President Roosevelt’s national measures to combat the Great Depression.

Traveling over the whole of Mississippi, writing news stories for county papers, taking pictures, I saw my home state at close hand, really for the first time.” (from One Writer’s Beginnings)

The 1989 book Eudora Welty: Photographs collected 250 representative photographs from the few thousand that she took during those decades. Describing her photographic craft, the book notes:

“Although her camera’s view finder compresses much, like the frame in which she conceives her fiction, it finds elements that convey her deep compassion and her artist’s sensibilities.

From the confines of her native Mississippi, these photographs unfold the world of Eudora Welty’s art, reaching, extending, and exploring. In the Deep South of Depression times, when she began writing, she discovered the place into which she had been born and which would always be her subject.

These photographs reveal that both in her fiction and in the pictures she took it has always been in place, in the special qualities of what is local, that she found her impulse. ‘I was smitten by the identity of place wherever I was,’ she said in 1989, ‘from Mississippi on — I still am.’

This serves as a definitive book of Welty’s photographs, compromising pictures from her personal collection, from the repository of Welty materials at the Mississippi Department of Archives and History, and from One Time, One Place, an album of her Depression-era photographs published in 1971.”

The legacy of Eudora Welty

Eudora Welty won numerous awards for her writing, among them, a Pulitzer Prize (for The Optimist’s Daughter, 1973 — which many critics considered her best novel), an American Book Award, National Medal for Literature, and The Presidential Medal of Freedom. She was a six-time winner of the O. Henry Award for Short Stories.

She left not only an impressive body of fiction, but passed along some of the wisdom she acquired in One Writer’s Beginnings (1983) and On Writing (2002). Her observations on writing and the writing life are ostensibly simple, yet timeless, for example:

“Writing a story or a novel is one way of discovering sequence in experience, of stumbling upon cause and effect in the happening of a writer’s own life. This has been the case with me. Connections slowly emerge.

Like distant landmarks you are approaching, cause and effect begin to align themselves, draw closer together. Experiences too indefinite of outline in themselves to be recognized for themselves connect and are identified as a larger shape.” (from One Writer’s Beginnings)

She also received honorary degrees from Harvard, Yale, and Washington Universities, among others. Eudora Welty died in 2001 at the age of 92 in Jackson, Mississippi. Perhaps the most memorable observations she left about her legacy is this famous quote:

“… I am a writer who came of a sheltered life. A sheltered life can be a daring life as well. For all serious daring comes from within.”