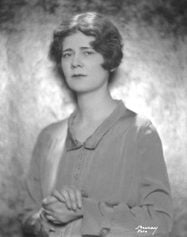 Elinor Wylie (1885 – 1928) was a popular American poet and novelist in the 1920s and 1930s. Also widely known for her tumultuous personal life, many of her works offered insight into the difficulties of marriage and the impossible expectations that come with womanhood.

Though Wylie is no longer widely read, she was a celebrated author in her lifetime, with a cult following in her pinnacle years. She was known for her passionate writing, fueled by ethereal descriptors, historical references, and feminist undertones.

Born Elinor Hoyt in Somerville, New Jersey; she was raised in a distinguished family. Though she never pursued higher education, Elinor had a natural talent as a writer. She first began to write seriously and considered publishing during her time in England. This was followed by a scandalous elopement with Horace Wylie, a much older man who had been practically stalking her for years. 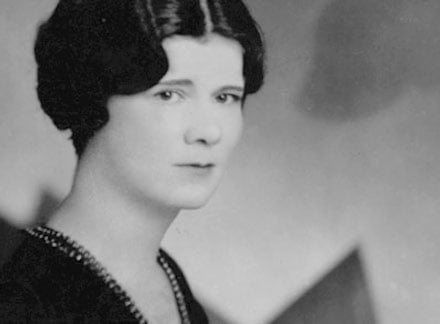 Wylie anonymously self-published her first collection of poems, Incidental Numbers, in 1912. Soon after, she moved back to the states and began pursuing a serious writing career. Nets to Catch the Wind, was her first traditionally published poetry collection, appeared in 1921, it is heavily anthologized to this day.

During her short span of eight years as a writer, Wylie published four volumes of poetry and four novels, all garnering praise. She died of a stroke at age forty-three, her untimely death coming at the height of her career.

American poet Louis Untermeyer once described Wylie’s writing as “a passion frozen at its source.” Her literary force transcends the marital scandals that once marked her reputation. As subtle as she was bold, her ability to blend contemporary themes within a traditionalist writing style contributed to the developing aesthetic of modernism.

Here are the poems in this listing:

When the world turns completely upside down
You say we’ll emigrate to the Eastern Shore
Aboard a river-boat from Baltimore;
We’ll live among wild peach trees, miles from town,
You’ll wear a coonskin cap, and I a gown
Homespun, dyed butternut’s dark gold colour.
Lost, like your lotus-eating ancestor,
We’ll swim in milk and honey till we drown.

The winter will be short, the summer long,
The autumn amber-hued, sunny and hot,
Tasting of cider and of scuppernong;
All seasons sweet, but autumn best of all.
The squirrels in their silver fur will fall
Like falling leaves, like fruit, before your shot.

The autumn frosts will lie upon the grass
Like bloom on grapes of purple-brown and gold.
The misted early mornings will be cold;
The little puddles will be roofed with glass.
The sun, which burns from copper into brass,
Melts these at noon, and makes the boys unfold
Their knitted mufflers; full as they can hold
Fat pockets dribble chestnuts as they pass.

Peaches grow wild, and pigs can live in clover;
A barrel of salted herrings lasts a year;
The spring begins before the winter’s over.
By February you may find the skins
Of garter snakes and water moccasins
Dwindled and harsh, dead-white and cloudy-clear.

When April pours the colours of a shell
Upon the hills, when every little creek
Is shot with silver from the Chesapeake
In shoals new-minted by the ocean swell,
When strawberries go begging, and the sleek
Blue plums lie open to the blackbird’s beak,
We shall live well—we shall live very well.

The months between the cherries and the peaches
Are brimming cornucopias which spill
Fruits red and purple, sombre-bloomed and black;
Then, down rich fields and frosty river beaches
We’ll trample bright persimmons, while you kill
Bronze partridge, speckled quail, and canvasback.

Down to the Puritan marrow of my bones
There’s something in this richness that I hate.
I love the look, austere, immaculate,
Of landscapes drawn in pearly monotones.
There’s something in my very blood that owns
Bare hills, cold silver on a sky of slate,
A thread of water, churned to milky spate
Streaming through slanted pastures fenced with stones.

I love those skies, thin blue or snowy gray,
Those fields sparse-planted, rendering meagre sheaves;
That spring, briefer than apple-blossom’s breath,
Summer, so much too beautiful to stay,
Swift autumn, like a bonfire of leaves,
And sleepy winter, like the sleep of death.

The rain’s cold grains are silver-gray
Sharp as golden sands,
A bell is clanging, people sway
Hanging by their hands.

Supple hands, or gnarled and stiff,
Snatch and catch and grope;
That face is yellow-pale, as if
The fellow swung from rope.

Orchard of the strangest fruits
Hanging from the skies;
Brothers, yet insensate brutes
Who fear each others’ eyes.

One man stands as free men stand
As if his soul might be
Brave, unbroken; see his hand
Nailed to an oaken tree.

Let us walk in the white snow
In a soundless space;
With footsteps quiet and slow,
At a tranquil pace,
Under veils of white lace.

I shall go shod in silk,
And you in wool,
White as white cow’s milk,
More beautiful
Than the breast of a gull.

We shall walk through the still town
In a windless peace;
We shall step upon white down,
Upon silver fleece,
Upon softer than these.

For this she starred her eyes with salt
And scooped her temples thin,
Until her face shone pure of fault
From the forehead to the chin.

In coldest crucibles of pain
Her shrinking flesh was fired
And smoothed into a finer grain
To make it more desired.

Pain left her lips more clear than glass;
It colored and cooled her hand.
She lay a field of scented grass
Yielded as pasture land.

For this her loveliness was curved
And carved as silver is:
For this she was brave: but she deserved
A better grave than this.

Man, the egregious egoist,
(In mystery the twig is bent,)
Imagines, by some mental twist,
That he alone is sentient

Of the intolerable load
Which on all living creatures lies,
Nor stoops to pity in the toad
The speechless sorrow of its eyes.

He asks no questions of the snake,
Nor plumbs the phosphorescent gloom
Where lidless fishes, broad awake,
Swim staring at a night-mare doom.

When against earth a wooden heel
Clicks as loud as stone on steel,
When stone turns flour instead of flakes,
And frost bakes clay as fire bakes,
When the hard-bitten fields at last
Crack like iron flawed in the cast,
When the world is wicked and cross and old,
I long to be quit of the cruel cold.

Little birds like bubbles of glass
Fly to other Americas,
Birds as bright as sparkles of wine
Fly in the nite to the Argentine,
Birds of azure and flame-birds go
To the tropical Gulf of Mexico:
They chase the sun, they follow the heat,
It is sweet in their bones, O sweet, sweet, sweet!
It’s not with them that I’d love to be,
But under the roots of the balsam tree.

Just as the spiniest chestnut-burr
Is lined within with the finest fur,
So the stoney-walled, snow-roofed house
Of every squirrel and mole and mouse
Is lined with thistledown, sea-gull’s feather,
Velvet mullein-leaf, heaped together
With balsam and juniper, dry and curled,
Sweeter than anything else in the world.

O what a warm and darksome nest
Where the wildest things are hidden to rest!
It’s there that I’d love to lie and sleep,
Soft, soft, soft, and deep, deep, deep!

A treacherous smiler
With teeth white as milk,
A savage beguiler
In sheathings of silk,

The sea creeps to pillage,
She leaps on her prey;
A child of the village
Was murdered today.

She came up to meet him
In a smooth golden cloak,
She choked him and beat him
To death, for a joke.

Her bright locks were tangled,
She shouted for joy,
With one hand she strangled
A strong little boy.

Now in silence she lingers
Beside him all night
To wash her long fingers
In silvery light.

Too high, too high to pluck
My heart shall swing.
A fruit no bee shall suck,
No wasp shall sting.

If on some night of cold
It falls to ground
In apple-leaves of gold
I’ll wrap it round.

And I shall seal it up
With spice and salt,
In a carven silver cup,
In a deep vault.

Before my eyes are blind
And my lips mute,
I must eat core and rind
Of that same fruit.

Before my heart is dust
At the end of all,
Eat it I must, I must
Were it bitter gall.

But I shall keep it sweet
By some strange art;
Wild honey I shall eat
When I eat my heart.

O honey cool and chaste
As clover’s breath!
Sweet Heaven I shall taste
Before my death.

My bands of silk and miniver
Momently grew heavier;
The black gauze was beggarly thin;
The ermine muffled mouth and chin;
I could not suck the moonlight in.

Harlequin in lozenges
Of love and hate, I walked in these
Striped and ragged rigmaroles;
Along the pavement my footsoles
Trod warily on living coals.

Shouldering the thoughts I loathed,
In their corrupt disguises clothed,
Morality I could not tear
From my ribs, to leave them bare
Ivory in silver air.

There I walked, and there I raged;
The spiritual savage caged
Within my skeleton, raged afresh
To feel, behind a carnal mesh,
The clean bones crying in the flesh.

Withouten you
No rose can grow;
No leaf be green
If never seen
Your sweetest face;
No bird have grace
Or power to sing;
Or anything
Be kind, or fair,
And you nowhere.