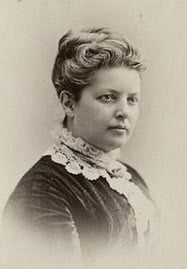 Mary Mapes Dodge (January 26, 1831 – August 21, 1905) was an American writer and editor of children’s books and stories, best known for her novel Hans Brinker.

Born Mary Elizabeth Mapes in New York City, she the daughter of a well-to-do family, and as such, she enjoyed a privileged education by private tutors that included languages, literature, music, and art.

In 1851, at age twenty, she married William Dodge, a lawyer with whom her father had business dealings. In short order, the couple had two sons. Just a few years into the marriage, Mr. Dodge was beset by financial difficulties and abandoned the family. He was found dead a month later from  an apparent drowning.

The young widow Mary, barely into her mid-twenties, moved to her father’s “gentleman’s farm in Mapleridge, New Jersey. There, she began writing in earnest, and from then on, supported herself and her children through her work as a writer and editor.

She also wrote poetry, though much of those efforts can more aptly be described as light verse.

Mary’s father employed her in his magazine publishing company as a writer and editor, and she took to both tasks with talent and diligence. Parallel to her steady work, she wrote stories and found a ready market for them in the popular magazines of the day.

A collection of short stories, The Irvington Stories (1864) was her first published book and was a modest yet solid success. Hans Brinker, or the Silver Skates (1865) followed close on its heels.

It was instant bestseller and remained a beloved classic for generations of children. The story was set in Holland, a place to which Mary had never traveled until after the book’s publication. 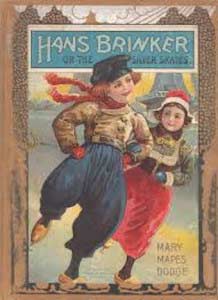 As an editor, Mary Dodge had progressive ideas on what made good reading for children. She put her philosophy into action as the editor of a new children’s magazine, St. Nicholas, which in 1873 published its first issue. She believed that children deserved wholesome yet entertaining fare with beautiful visuals, unlike the preachy pablum and dull illustrations that ruled at the time.

Impressively, she bought stories to print from authors who were already well known such as Mark Twain, Louisa May Alcott, Rudyard Kipling, L.Frank Baum, and Robert Louis Stevenson. Later, it would be an important outlet for the teenage Edna St. Vincent Millay in her poetic development.

Illustrators whose work she used in the magazine’s pages included Arthur Rackham, N.C. Wyeth, and Howard Pyle. Under her guiding hand, St. Nicholas became one of the most successful magazines for children during its several-decades run. 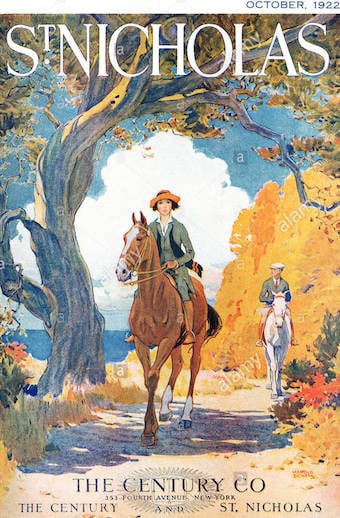 At home in the Catskills

Mary’s adopted home of the New York Catskills came by way of traveling in Europe. There she met design pioneer Candace Wheeler, who invited her to join a group that maintained a summer colony of cottages in the Catskill mountains in upstate New York.

She loved the area so much that she built a cottage and named it “Yarrow” after the flowers that grew there.

In 1905, Mary Mapes Dodge died in her summer cottage in the Catskills (NY) town of Tannersville and was buried at the Evergreen Cemetery in Hillside, NJ. 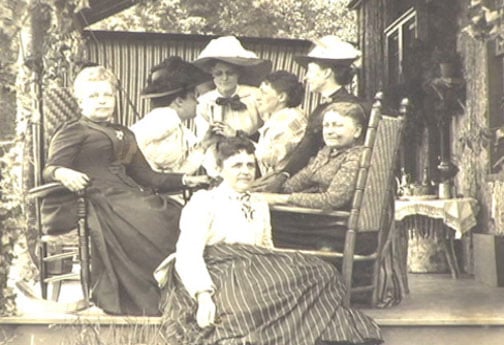 “Whenever a snowflake leaves the sky, It turns and turns to say ‘Good-by! Good-by, dear clouds, so cool and gray!’ Then lightly travels on its way.”

“Life is a mystery as deep as ever death can be; Yet oh, how dear it is to us, this life we live and see!”

“There is not a richer or more carefully tilled garden spot in the whole world than this leaky, springy little country” (on the Netherlands)

“Ten years dropped from a man’s life are no small loss; ten years of manhood, of household happiness and care; ten years of honest labor, of conscious enjoyment of sunshine and outdoor beauty; ten years of grateful life–one day looking forward to all this; the next, waking to find them passed, and a blank.”

“Luxuries unfit us for returning to hardships easily endured before”

“She waits for me, my lady Earth, Smiles and waits and sighs; I’ll say her nay, and hide away, Then take her by surprise.”

“But I believe that God is overhead
And as life is to the living, so death is to the dead.”