How Mary Mapes Dodge Came to Write Hans Brinker, or the Silver Skates 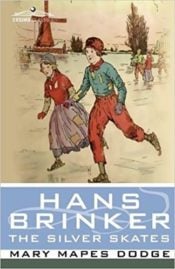 Hans Brinker, or the Silver Skates by Mary Mapes Dodge (1865) is the classic tale of Hans and his sister Gretel (not to be confused with Hansel and Gretel). It takes place in Holland, and though the author created a lovely picture of Dutch life in the early 19th century, she never visited the country until well after the book’s publication.

In the 1946 edition, the Brinker children’s parents are described as a “gallant mother and strange, silent father.” The latter’s condition, as it turns out, is due to a head injury.

The family is relatable and timeless because they “are very real people with ambitions, hopes and problems that the young reader shares as he or she reads their story. The Brinkers are very poor, but during one eventful winter many wonderful things happen to them.”

The story centers on a period in which the family’s luck turns: “The grand race, the silver skates, the missing thousand guilders — these factors all play their parts in bringing happiness to the little family.” Filled with youthful ambition and honor, the story is also believed to have introduced the idea of the sport of speed skating to American readers.

The preface by Mary Mapes Dodge

In her preface, the author, Mary Mapes Dodge wrote: “This little work aims to combine instructive features of a book of travels with the interest of a domestic tale.

Throughout its pages the descriptions of Dutch localities, customs, and general characteristics have been given with scrupulous care. Many of its incidents are drawn from life, and the story of Raff Brinker is founded strictly upon fact.

… Should this simple narrative serve to give my young readers a just idea of Holland and its resources, or present true pictures of its inhabitants and their everyday life, or free them from certain prejudices concerning that noble and enterprising people, the leading desire in writing it will have been satisfied.” 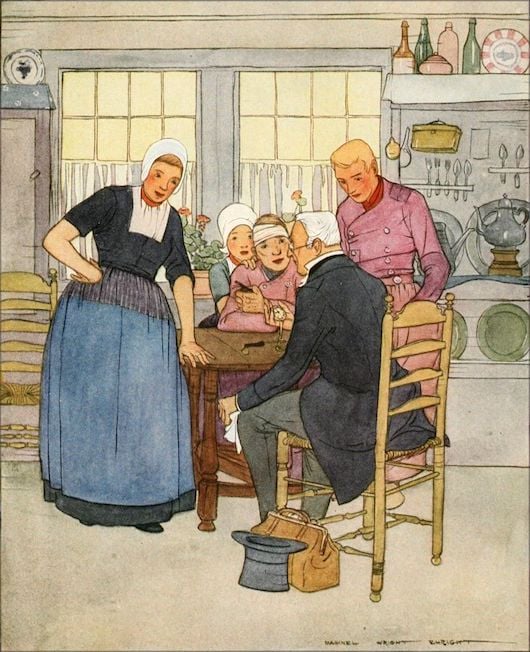 In the introduction to the 1946 edition, May Lamberton Becker described how Mary Dodge came to write Hans Brinker. She had never been to Holland herself, but after reading Rise of the Dutch Republic and meeting a Dutch couple who were neighbors, she became fascinated. She asked her neighbors what life was like in “the land of pluck,” and they were all too happy to oblige.

A widow with two sons to support, Mary had already established herself as a writer and editor when she began writing Hans Brinker. When it came out in 1865, it followed on the heels of her first full book, The Irvington Stories (1864) which was a modest success.

Her publisher at the time was doubtful about the idea of a book about Dutch kids. Nobody, he said, was interested in Holland, least of all children. 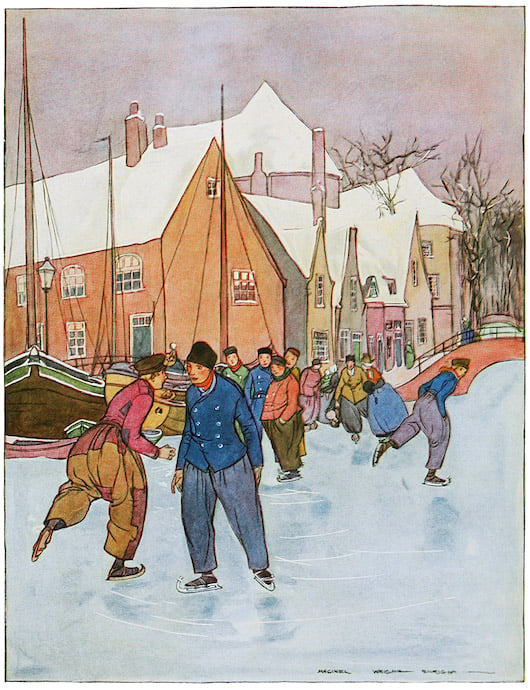 An instant success and enduring classic

Obviously, he was proven wrong. As soon as Hans Brinker was published,  according to May Lamberton Becker, “it went like wildfire and has kept going ever since.” Within four years it had won the most celebrated literary award of the period, the Moynton Prize of the French Academy. Within thirty years it went though more than a hundred editions and appeared six languages.

None of Mary Dodge’s other books or stories would ever equal the success of Hans Brinker, but she made her mark as a progressive and talented editor of children’s literature. In 1873 she became editor of a new monthly magazine for children called St. Nicholas, which proved immensely popular.

She had an eye for talent, and published such classic storytellers as Rudyard Kipling, Louisa May Alcott, and even eminent poets like Tennyson and Longfellow.

The author visits Holland long after the fact

“But with all this,” May Lamberton Becker concluded in the 1946 edition’s introduction, “I think Mrs. Dodge’s happiest moment must have been when, as a world-famous woman, she went to Holland for the first time and found to here delight that it was really just as she had pictured it for young folks, and that little Dutch children loved Hans Brinker as much as children did in the United States.”

The 1946 edition, published some 40 years after Mary Dodge’s death, featured new illustrations by Dutch artist and author Hilda van Stockum, who was born and raised in Holland. 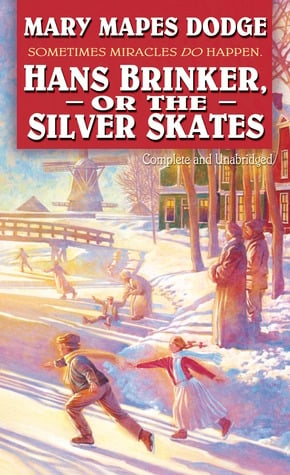 How it begins: Chapter 1 – Hans and Gretel

On a bright December morning long ago, two thinly clad children were kneeling upon the bank of a frozen canal in Holland.

The sun had not yet appeared, but the gray sky was parted near the horizon, and its edges shone crimson with the coming day. Most of the good Hollanders were enjoying a placid morning nap; even Mynheer von Stoppelnoze, that worthy old Dutchman, was still slumbering “in beautiful repose.”

Now and then some peasant woman, poising a well-filled basket upon her head, came skimming over the glassy surface of the canal; or a lusty boy, skating to his day’s work in the town, cast a good-natured grimace toward the shivering pair as he flew along.

Meanwhile, with a vigorous puff and pull, the brother and sister, for such they were, seemed to be fastening something upon their feet, not skates, certainly, but clumsy pieces of wood narrowed and smoothed at their lower edge, and pierced with holes, through which they were threaded strings of rawhide.

These queer-looking affairs had been made by the boy Hans. His mother was a poor peasant woman, too poor even to think of such a thing as buying skates for her little ones.

Rough as these were, they had afforded the children many a happy hour on the ice; and now as with cold, red fingers our young Hollanders tugged at the strings, their solemn faces bending closely over their knees, no vision of impossible iron runners came to dull the satisfaction glowing within … 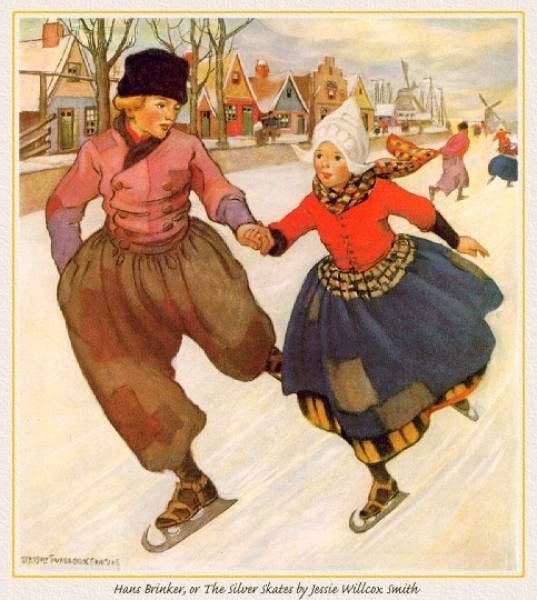