Edna Ferber: Success or Failure, All’s to Do Again 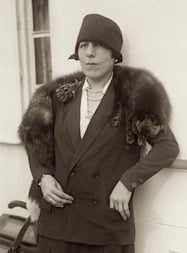 Failure is no picnic, nor the fear of it, but the prospect of success can be just as scary. Actually, in some ways success can be scarier. It shakes up the status quo; failure is more likely to maintain it— you can continue to dance with the devil you know. Like Edna Ferber, it’s possible to view success and failure as intertwined rather than as polar opposites.

Most writers blessed with long, prolific careers usually produce a mix of books that are popular and/or critical successes along with other books that are relative failures. Some fail to reach their audience; others don’t match the quality of the authors’ other works. Since success can be as paralyzing as failure, best just to keep writing, and repeat after Edna Ferber: “Success or failure, all’s to do again.”

Face missteps and move on

“In the working-day life of a professional writer success or failure is very likely to sum up much the same at the end. I don’t mean that failure is as pleasant as success. I’ve known both. Success stimulates the glands, revivifies the spirits, feeds the ego, fills the purse. Failure is a depressing thing to face. The critics rip your play to ribbons, audiences refuse to come to it; reviewers say your book is dull, or trite, readers will not buy it. You read these things, you hear them, you face them as you would face any misfortune, with as good grace as you can summon.” 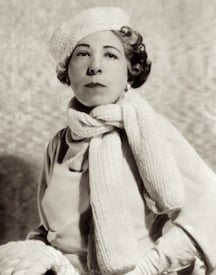 Go on to the next piece of work

Success or failure, you go on to the next piece of work at hand. There may be a day of brooding or sulking or self-pity or resentment. But next morning there’s coffee and the newspaper and your typewriter, and the world. What’s done is done.

All’s to do again

Win or lose, success or failure, all’s to do again. If a lawyer or a doctor or a merchant or an engineer fails at a task it is, usually, a matter of private concern. But the failure of a playwright, an actor, a novelist, a musician, is publicly and scathingly announced and broadcast and published over an entire continent and frequently the whole civilized world.  Often the terms of that announcement are cruel, personal, or even malicious, though this last is rare. Yet next day or next week, there [she] is, writing, acting, singing, or playing again. That’s being a craftsman.” 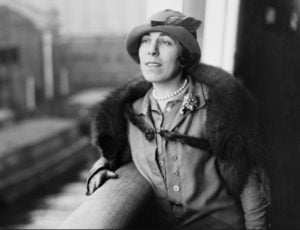 See also: Edna Ferber on the Inner Life of the Imagination