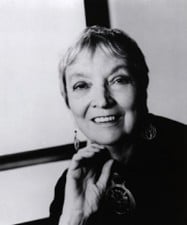 Madeleine L’Engle (1918-2007) conducted a writing life that can best be described as one of perseverance. Best known for her award-winning young adult science fiction, particularly A Wrinkle in Time, L’Engle offered much wisdom on writing and the writing life in her memoirs.

L’Engle often wrote of the struggles of what the called the triad of “mother-wife-writer.” When she was writing, she felt guilty that she wasn’t doing enough for her children, and when she was mothering, she felt awful that she wasn’t writing. It was typical angst of midcentury mothers, who took on the lion’s share of childrearing.

Famously she wrote of her struggles with literary rejection, especially of A Wrinkle in Time, which ultimately became her most successful work. “You can’t name a major publisher who didn’t reject it. When we’d run through forty-odd publishers, my agent sent it back. We gave up.”

Most editors thought it was too dark and complex for children. But a last-ditch submission turned the tide. Published in 1962, A Wrinkle in Time is still in print, with millions of copies having been sold worldwide. It has the distinction of having won some of the most prestigious publishing awards, as well as being one of the most frequently banned books of all time.

L’Engle’s publishing journey is one of uncompromising perseverance. If her self-belief sometimes wobbled, she managed to keep the faith. There are few better than she to give advice to writers in all phases of their journey. 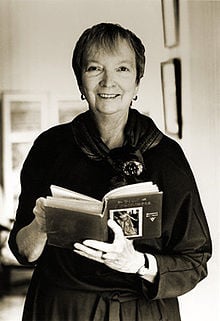 Toughen up if you want to be published

“When we write and are published, we become naked before people. And that means we are open to criticism. That’s a risk you have to take. If you write a book that says something and it pleases everybody, you’ve failed . . .

If you’re going to write and be published, you’ve got to expect to have a few arrows thrown at you. They’re going to hurt, and you’re going to bleed. You’re probably going to cry if you’re like me. But that’s just part of it and you have to learn.”

Risk is essential to writers

“Risk is essential. It’s scary. Every time I sit down and start the first page of a novel I am risking failure. We are encouraged in this world not to fail …  We are encouraged only to do that which we can be successful in. But things are accomplished only by our risk of failure. Writers will never do anything beyond the first thing unless they risk growing.”

The work comes before inspiration

“If the artist works only when [s]he feels like it, [s]he’s not apt to build up much of a body of work. Inspiration far more often comes during the work than before it, because the largest part of the job of the artist is to listen to the work and to go where it tells him to go. Ultimately, when you are writing, you stop thinking and write what you hear.”

— from Walking on Water: Reflections on Faith and Art

Writing is a discipline

“Music is, for me, a way of getting into this frame of mind where one can be simultaneously involved and detached. If I’m really stuck in something that I’m working on, if I’m absolutely blocked, if I go to the piano and play Bach and concentrate on Bach (preferably fugues) for about an hour or so, underneath this concentration on Bach my subconscious creative mind obviously has been working.

When I’m through I usually realize, “Oh yeah, that’s what I need to do.” But I’ve got out of the subjective and into the objective through the help of Johann Sebastian, who just happens to work very well for me.”

One Response to “5 Valuable Writing Tips from Madeleine L’Engle”