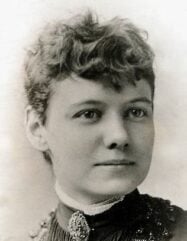 When you think of undercover reporting, what comes to mind? I have to admit that the image that came to my mind was some guy in a trench coat, wearing a fedora. That is, until I learned about the group of late nineteenth and early twentieth century reporters referred to as “stunt girls.”

These intrepid young women, following in the footsteps of Nelly Bly, pioneered the practice of underground investigative reporting in journalism.

Good journalism has always been about presenting the human story behind events large and small. It’s also about holding the powerful accountable for their actions, a cornerstone of democracy (at least in theory). Women have always had the desire, talent, and ability to participate in these endeavors.

Yet every step of the way, from early American newspapers to broadcast news, women have had to fight for the right to report. But no matter what barriers stood in their way, women have found a way around them or blasted through them.

These three trailblazers did just that, paving the way for women to cover hard news and social issues a matter of course — though that fight would still be waged for decades to come.

The birth of the “stunt girl” reporter

In 1887, a small-town girl from Pennsylvania arrived in New York City with the burning ambition of becoming a star reporter. Elizabeth Cochrane changed her name to Nellie Bly and would become the first “stunt girl” reporter, inspiring other young women of her time to go undercover.

Using secret identities like “Dorothy Dare” and “Florence Noble,” this breed of female reporters tackled subjects considered “unfit for ladies.” Newspaper readers devoured their exposés on the plights of factory workers (including children), the mentally ill, disaster victims, and immigrants.


From the late 1880s through the early 1900s, daily newspapers were cropping up in every American city, large and small. As the printing process continued to grow cheaper, competition for readers grew more fierce. More women were literate, and newspapers were hungry to grab their attention. 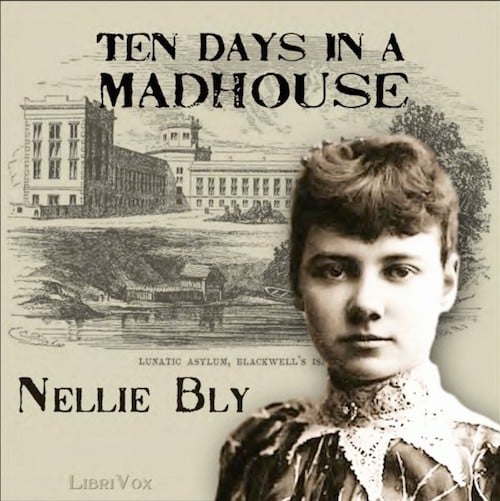 Yellow Journalism and “Ten Days in a Madhouse”

Two of the top newspapermen of the time, William Randolph Hearst and Joseph Pulitzer, constantly competed to outdo each other for the most sensational human interest news stories. This kind of “yellow journalism” was packed with drama and printed under blaring headlines.


After Nellie Bly’s explosive 1887 “Ten Days in a Madhouse” series appeared in Pulitzer’s New York World, every major newspaper wanted a stunt girl on staff. Following in the footsteps of Nellie Bly, young women reporters risked life and limb for the juiciest scoops. The shocking stories they wrote captured readers’ imaginations — and sold a ton of newspapers!


Though this overly dramatic stunt reporting was eventually looked down upon, these young reporters truly pioneered the more respected kind of investigative journalism. Their writing style might have been over the top, but the scandals and injustices they revealed were real. In many cases, their reporting led to lasting change supported by Congress and the courts. 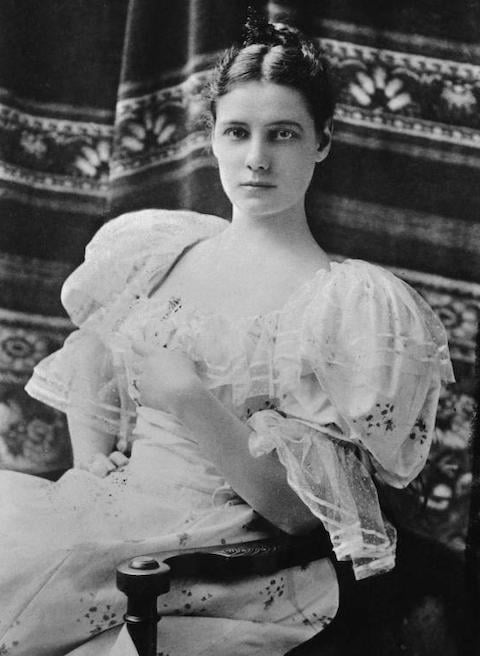 Nellie Bly was the nom de plume that Elizabeth Cochrane took when she arrived in New York City at age twenty-two. She’d already investigated Pittsburgh’s factories, and what she’d seen had made her mad. It confirmed her belief that reporting was a good way to expose the truth.

As a newly hired reporter for the New York World, she was pushed into society and theater pages. But that wasn’t what she’d come to New York to write about.


In 1887, Nellie convinced her editor to let her investigate the Women’s Lunatic Asylum on Blackwell’s Island. She pretended to be insane so she’d be committed as a patient. Her series on the brutal conditions she saw and experienced herself is still considered a groundbreaking work of investigative journalism. 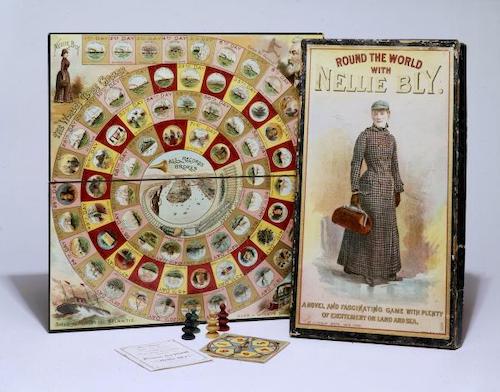 Two years later, Nellie got Joseph Pulitzer to fund a trip around the world. She would follow the footsteps of the fictional Phileas Fogg, hero of Around the World in Eighty Days by Jules Verne. She beat the record, traveling nearly 25,000 miles in seventy-two days.

This stunt didn’t change anyone’s life for the better, but her exciting travelogues made her world-famous. Nellie now had more power to do the kind of reporting she felt was important.


And that’s exactly what she did. Nellie wrote about immigrants, women’s prisons, labor issues, abandoned children, sexual harassment, and more. Was she ahead of her time? Possibly. But there were already many young women who wanted to dive into investigative reporting; she was brave enough to light the way.


More about Nellie Bly on this site: 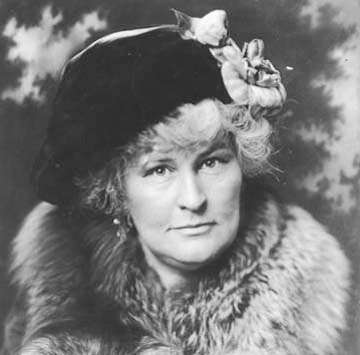 Another pioneer of undercover journalism, Winifred was just a year younger than Nellie Bly, and was inspired by her daring spirit and sense of adventure.


For her undercover work, Winifred used the byline “Annie Laurie” but also wrote under her real name. She especially liked covering murder trials and interviewing famous people. Once, after being denied an interview with President Benjamin Harrison, she hid under his railroad dining car and cornered him when he sat down to dinner.


One of her famous stunts involved throwing herself under a truck in San Francisco and pretending to faint. Instead of her trademark elegant dresses, she wore shabby clothes. Taken to a nearby hospital, she was assumed to be poor and took secret notes on how she was treated — or rather, mistreated. When her series was published, the entire hospital staff was fired.


Winifred also went undercover to report on natural disasters, including the Galveston flood of 1900. Women reporters weren’t allowed, so she disguised herself as a boy. She exposed conditions in juvenile courts, cotton mills, canneries, and more.

Her articles resulted in improved conditions for workers as well as better emergency and disaster relief. By the time of her death, Winifred Sweet Bonfils Black was a respected journalist — no longer dismissed as a “stunt girl” or “sob sister.”

More about Winifred Sweet Bonfils Black, including links to some of her articles. 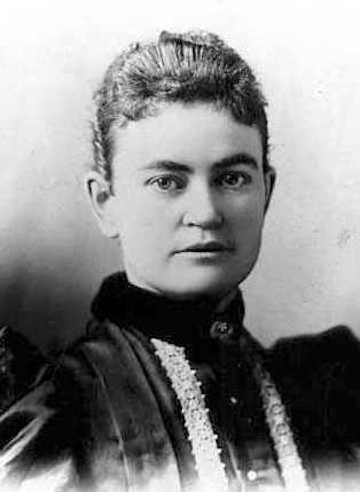 Eva McDonald Valesh came to her interest in journalism early. Growing up in Minnesota, she worked as a typesetter in a print shop, which was unusual for a young woman. She also joined a typographer’s union — even more unusual.

As a young reporter for the twin cities’ Globe, she posed as a worker at a local garment factory. Under the name “Eva Gay,” she wrote articles on female workers’ long hours, low wages, and the unhealthy conditions in the factory. Her reports inspired a successful strike for better pay and working conditions.


When Eva’s exposés started to gain attention, employers in the Minnesota area became wary, not wanting to be fooled by her. But even with her unique tomboy looks and ragged costumes, she never failed to slip under the radar and get her stories.


Through her investigations as a stunt girl reporter, Eva created lasting improvements for factory, domestic, and service workers. When that phase of her career was over, she got involved in the Minnesota labor movement and led the campaign for an 8-hour workday — something we now take for granted.

The only time Eva ever slowed down was when she nearly died giving birth to her only child. For the rest of her long life, she proudly supported labor causes as a passionate speaker and writer. 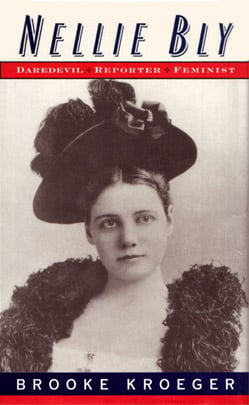 And though this is by no means an exhaustive list, here are more investigative journalists who were considered “stunt girls” of their time: 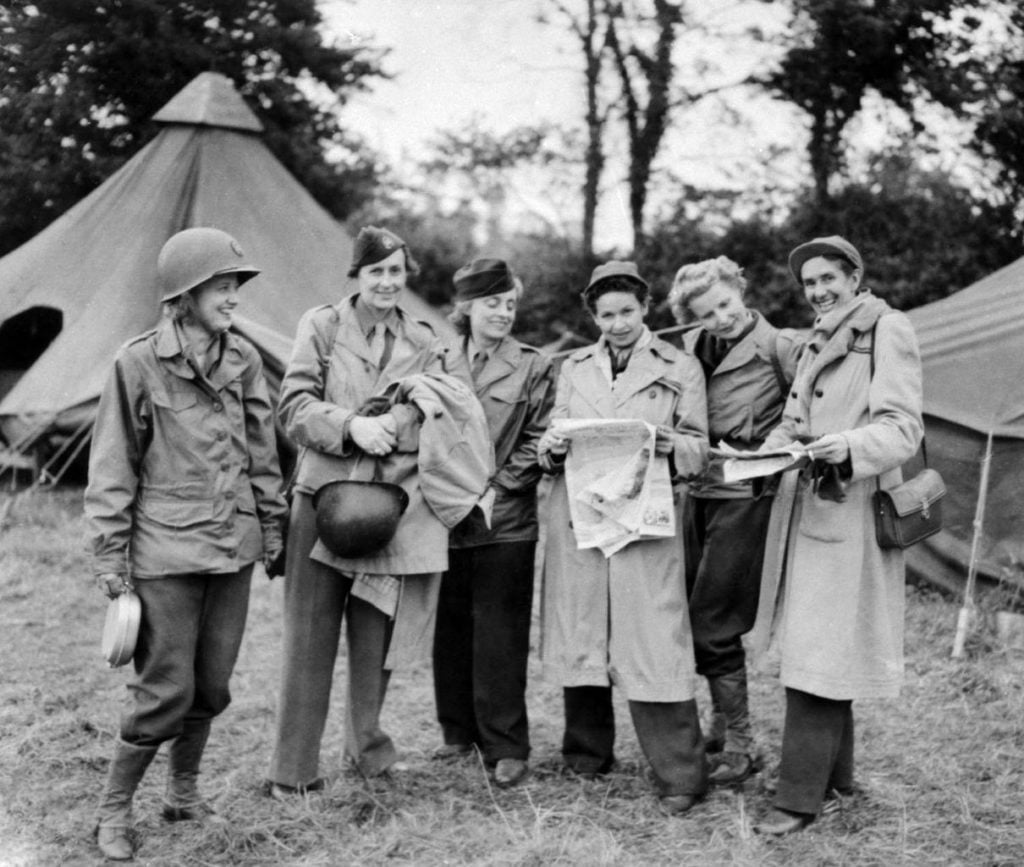 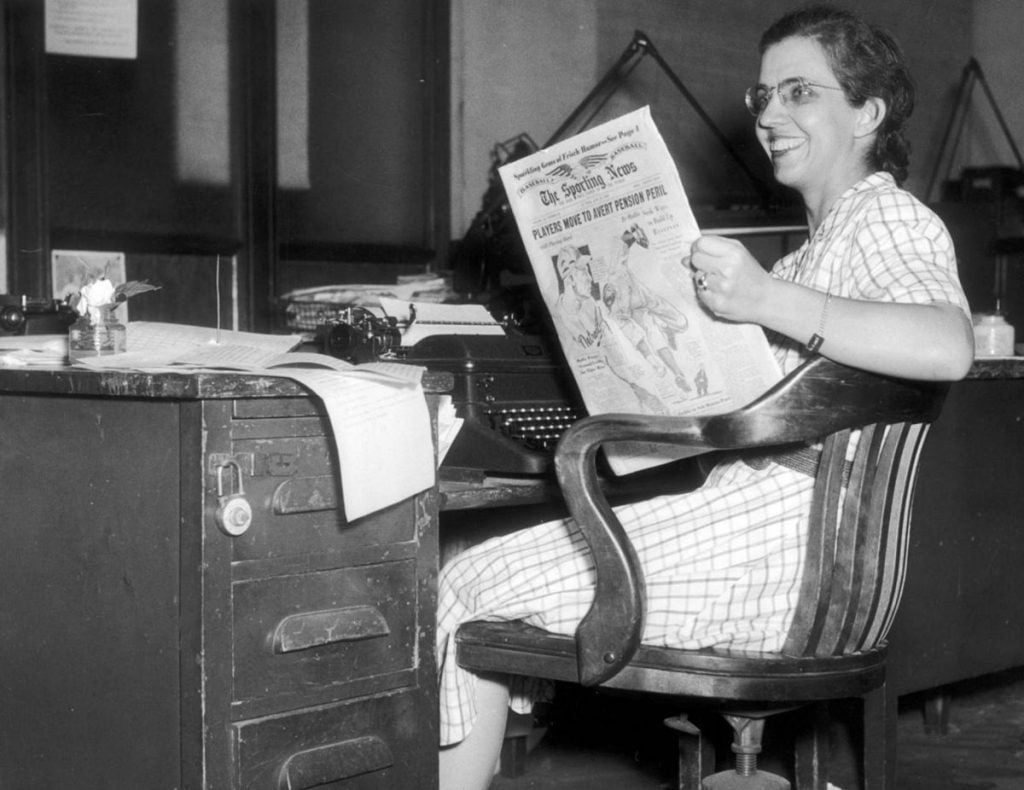