Renaissance House: A Retreat for Writers and Artists 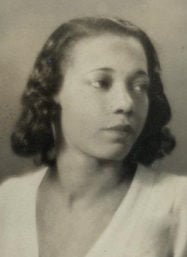 In order to write, a writer must have to just look out the window and stare,” wrote Helene Johnson. “A woman must have money and a room of her own if she is to write fiction,” Virginia Woolf famously wrote. Renaissance House is not able to give money, but they do offer a room of your own with a window to look out and stare.

“The retreat provides the time in which to create new works or finish existing ones. Renaissance House is one of the few retreats designed for issue-oriented writers, writers of color and writers of social justice,” explained Abigail McGrath, founder and director of Renaissance House, daughter of poet Helene Johnson and niece of Dorothy West. “The program is offered to artists who do not have the luxury of time.” 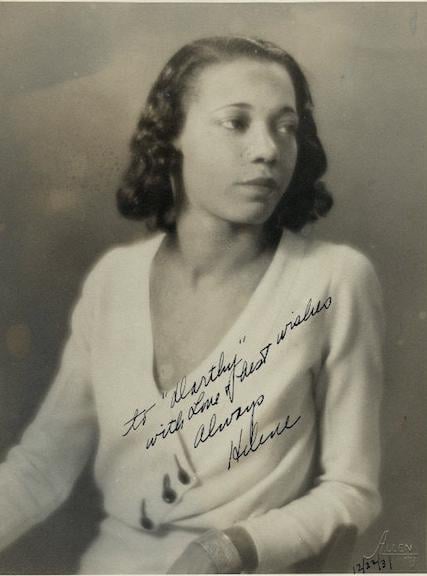 Portrait of Helene Johnson, a respected poet of the Harlem Renaissance era,
and mother of Renaissance founder Abigail McGrath. The photo is inscribed
to her cousin, fellow writer Dorothy West, and dated 12/22/31
. . . . . . . . . .

Helene Johnson was a poet and summer Martha’s Vineyard resident who had to stop writing in order to support her family. Her cousin, novelist and short story writer Dorothy West, was a year-round Martha’s Vineyard island resident who worked at Harbor Side Restaurant until Jacqueline Kennedy spotted her writing in the MV Gazette and gave her the opportunity to simply “stare at the trees and do nothing.”

This enabled West to write The Wedding, a best-selling novel inspired by the interracial marriage of Abigail and Tony McGrath. The Wedding was also produced as a television mini-series by Oprah Winfrey and starred Halle Berry.

About this special grant from the Sustainable Arts Foundation: “Renaissance House is committed to helping parents gain access to the resources, community, and, most importantly, the creative time that they offer. The ripple effect of this commitment is powerful, as it helps to normalize the still-radical idea of a parent artist, and makes the road a little less lonely for each one.

We are glad to partner with Renaissance House to provide not just a short-term creative opportunity, but a reminder to each resident that their work is vital, and that there are people and organizations committed to helping them make it. Finally, they are sending a clear message to non-parents that a creative life with family is possible.”

“Renaissance House admits writers to the program who span different stages in their careers—from emerging writers to notable award winners,” explained McGrath, who founded the retreat in 1999. “The point of the program is to give artists ‘alone’ time, away from their families and their jobs and the everyday chores that make up a life.

Our residents are: a hotel maid who writes poetry during her lunch hour, a single mother filmmaker, a factory worker who learned Mandarin in order to write poetry in that language, a bestselling author of note who needed a safe place to take chances, a journalist looking for the truth, a PhD candidate doing her best not to ‘write formulaic for the PhD.” And in general, it is for artists who need “a room of their own.” 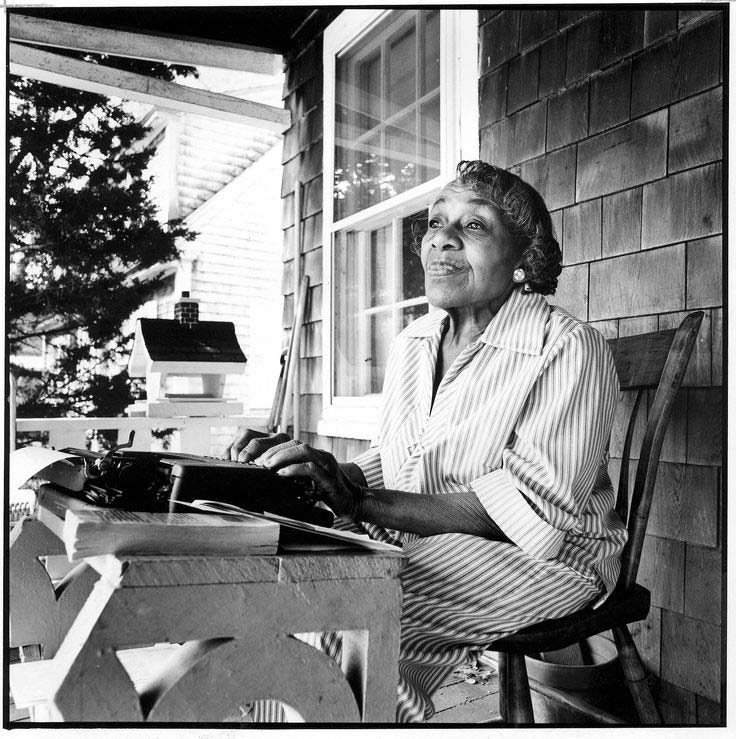 This history of Renaissance House and its mission is from Abigail McGrath:

”I was raised by my mother, Helene Johnson, the Harlem Renaissance Poet, and Dorothy West, the Harlem Renaissance novelist. They were cousins who were born within the same year and died a few years apart. People asked me what I was going to do to celebrate their lives. My first thought was to offer a scholarship to women whose lives closely paralleled theirs. But, there already were such scholarships.

Then I remembered how difficult it was for them to find time to write. Both of them had to have pedantic, time consuming jobs just to be able to survive; time to write became more and more of a luxury. So, I created Renaissance House as a tribute to them both. It is located in the former home of Helene Johnson which is next door to the home of Dorothy West.

They were both prodigies of a sort and both writers of such substance that they helped create the Harlem Renaissance, a period in the arts which has not been rivaled since. When the two teenage girls arrived in New York City, they were beset with issues unknown to them in their native Boston. The reality of everyday, urban life, of working at a job and supporting a family took them away from their writing.

When asked why she stopped her major flow of writing at such a young age, Helene Johnson said: “In order to create, a person needs time in which to do nothing, to simply stare out a window and let thoughts come to them.”

That is the essence of Renaissance House. A place to muster up one’s energy and burst forward with works that may have had to take a back seat in one’s everyday world. Renaissance House is a program of the Helene Johnson and Dorothy West Foundation For Artists In Need. The foundation funds specific needs for all artists especially in the fields of residency.”

2 Responses to “Renaissance House: A Retreat for Writers and Artists”