It’s Alive! Frankenstein at 200 at The Morgan Library & Museum 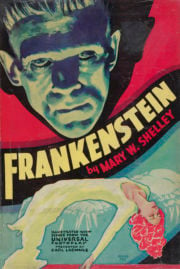 It was with great excitement that Literary Ladies Guide helped spread the exhibition at The Morgan Library & Museum (NYC): It’s Alive! Frankenstein at 200, which was on display from October 12, 2018 to January 27, 2019.

It’s hard to overstate the impact of Mary Shelley’s Frankenstein on literature as well as popular culture. This exhibit celebrated the 200th anniversary of the 1818 classic, published when its author was barely twenty-one.

A classic of world literature, a masterpiece of horror, and a forerunner of science fiction, Frankenstein by Mary Shelley is the subject of a new exhibition at the Morgan. Organized in collaboration with the New York Public Library, It’s Alive! Frankenstein at 200 traces the origins and impact of the novel whose monster has become both a meme and a metaphor for forbidden science, unintended consequences, and ghastly combinations of the human and the inhuman.

Portions of the original manuscript will be on display along with historic scientific instruments and iconic artwork such as Henry Fuseli’s Nightmare and the definitive portrait of Mary Shelley. The story’s astonishingly versatile role in art and culture over the course of two hundred years helps explain why the monster permeates the popular imagination to this day. 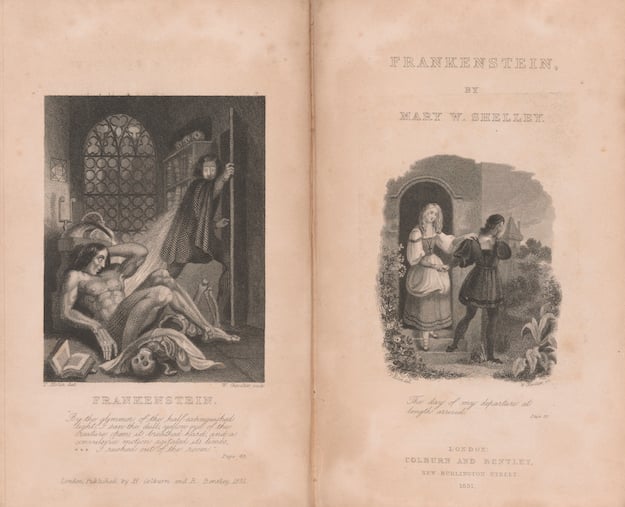 Co-curated by John Bidwell, the Astor Curator and Department Head of the Morgan’s Printed Books and Bindings Department, and Elizabeth Denlinger, Curator of the Carl H. Pforzheimer Press, this exhibition presents a diverse array of books, manuscripts, posters, prints, and paintings illustrating the long cultural tradition that shaped and was shaped by Mary Shelley’s myth.

A large number of these works come from both the Morgan and the New York Public Library’s collections.

Only eighteen years old when she embarked on the novel, Shelley invented the archetype of the mad scientist who dares to flout the laws of nature. She created an iconic monster who spoke out against injustice and begged for sympathy while performing acts of shocking violence.

The monster’s fame can be attributed to the novel’s theatrical and film adaptations. Comic books, film posters, publicity stills, and movie memorabilia reveal a different side to the story of Frankenstein, as reinterpreted in spinoffs, sequels, mashups, and parodies. 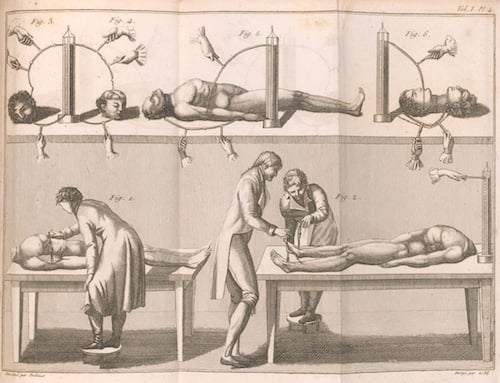 “The Morgan is in an excellent position to tell the rich story of Mary Shelley’s life and of Frankenstein’s evolution in popular culture,” said director of the museum, Colin B. Bailey. “Pierpont Morgan was fascinated by the creative process, and one of the artifacts he acquired was a first edition Frankenstein annotated by the author.

The collection of works by the Shelleys, both at the Morgan and the New York Public Library, has only grown since then. We are very pleased to collaborate with the NYPL in presenting the full version of this extraordinary tale and how it lives on in the most resilient and timely of ways.”

The exhibition occupies two galleries: one documenting the life of Mary Shelley and the composition of her book, the other showing how the story evolved in the theater, cinema, and popular culture. 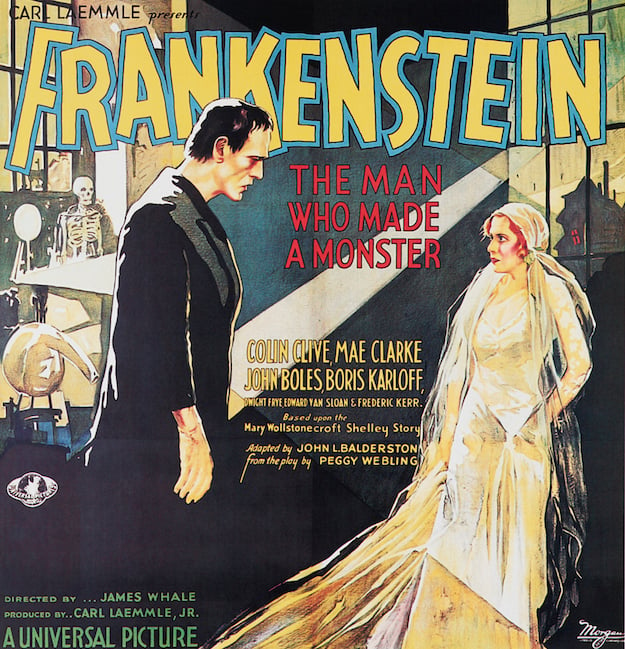 The Influence of the Gothic Style and Enlightenment Science

Mary Shelley’s Frankenstein; or, The Modern Prometheus sprang from both a passion for Gothic style that pervaded British culture long before the author’s birth in 1797 and the influence of the discoveries of European Enlightenment science.

While novels were the primary vehicle for the Gothic, it was also popular with artists of paintings and prints, which were sometimes satirical —the Gothic was parodied as soon as it was taken seriously.

The exhibition opens with the greatest horror painting of the eighteenth century, The Nightmare, painted in 1781 by the Swiss immigrant artist Henry Fuseli. Mary Shelley knew about this iconic image and may have used it in writing the climactic scene in Frankenstein.

Shelley was also influenced by the scientific endeavors of the time. She had been born into an age of scientific and technological discovery in Britain, when institutions like the Royal Society began fostering exploration and experimentation. Across Britain spread a thriving circuit of lectures and science demonstrations for the public.

A few of these experiments have become part of the Frankenstein legend. While writing the novel, Shelley had been reading Humphry Davy’s Elements of Chemical Philosophy, and she knew about anatomical dissections, contemporary debates about the origins of life, and electrical experiments on corpses.

She lends this fascination to Victor Frankenstein, who makes a monster from corpses in his “workshop of filthy creation.” 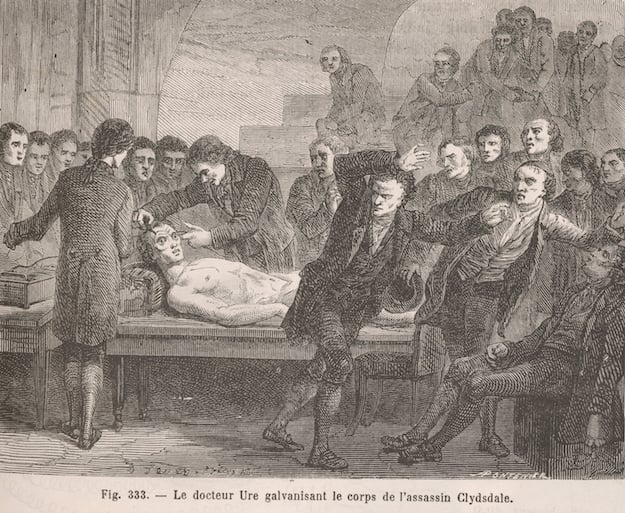 A copiously illustrated companion volume, It’s Alive! A Visual History of Frankenstein, provides a vivid account of the artistic and literary legacy of the novel along with detailed descriptions of the highlights in the exhibition, while a new online curriculum offers high school teachers resources for the classroom.

It’s Alive! A Visual History of Frankenstein delves into the artistic and literary legacy of the novel and provides detailed descriptions of the highlights in the exhibition. It introduces readers to portrayals of the creature — from his early days dancing across a stage, to Boris Karloff’s lurching pathos, to the wide variety of modern-day comic book versions — and of Victor Frankenstein, from brainy college kid to bad scientist, and grounds them in historical context.

In addition, it provides full introductions to Mary Shelley’s life before and after the novel and to the pioneering scientific work of her day.

Read the rest of the exhibition notes, including a listing of events and public programs, here. 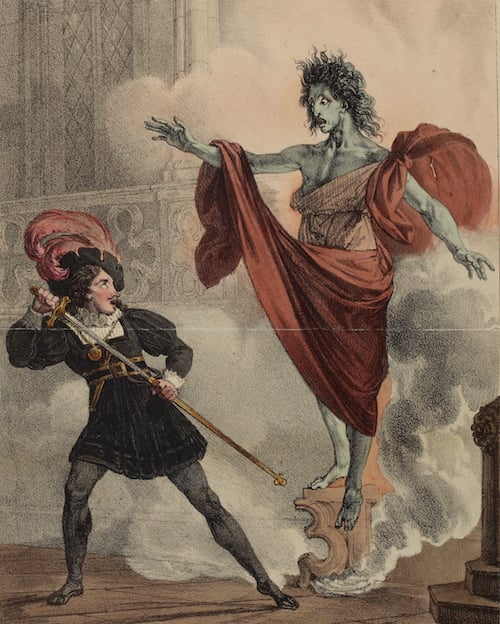