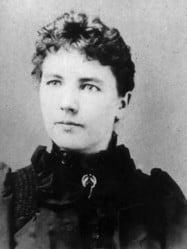 You may know the fictional Laura from the Little House books, that bumper crop of novels for young readers brought out by Harper & Brothers in the 1930s and ‘40s. Or from the NBC television adaption first aired in the 1970s and ‘80s, starring Melissa Gilbert as Laura and Michael Landon as a heartthrob version of Charles “Pa” Ingalls.

Behind the fictional Laura was the author, Laura Ingalls Wilder (1867 – 1957), a late bloomer in terms of her literary life. She was well into her forties before she was ever paid for a piece of writing, and sixty-five when the first Little House book was published. So those of you who are just getting started at whatever age, take heart.

The TV series is still a regular on syndicated stations. Millions and millions of copies of the books have sold worldwide, and Harper-Collins brought out yet another new edition of the series in 2017 in honor of the 150th anniversary of Wilder’s birth.

Laura Ingalls Wilder based the Little House books on her own life story, that rich well of material for so many budding writers. Born in 1867, she had moved half a dozen times before her thirteenth birthday, as her pioneer parents repeatedly tried and often failed to eke out a living from agriculture along the American frontier.

Wilder’s childhood was a vale of hardship, and yet it was filled with unexpected joy and harmony. There were Pa’s fiddle and stories, Ma’s careful homemaking, the unbreakable ties of close family, and the enveloping natural world. 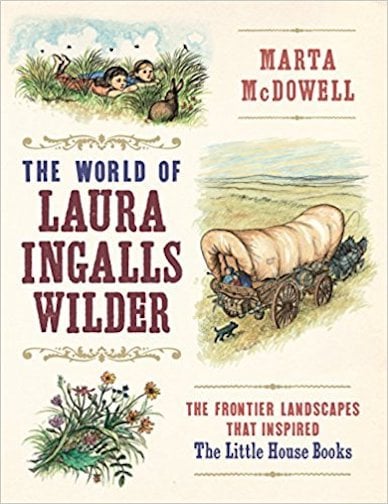 They farmed in the Wisconsin forest and various spots in the grasslands of Kansas, Minnesota, and South Dakota. They tried their hand at running a hotel in Iowa. Charles Ingalls traded furs and periodically worked as a carpenter, a butcher, a hired hand and a host of other rural occupations just to make ends meet.

They finally settled in a brand-new railroad town in the Dakota Territory. When you drive into De Smet, South Dakota today, the billboard reads, “Welcome to the Little Town on the Prairie.”

Marriage to Almanzo Wilder and a farming life

In 1885 in De Smet, Laura Ingalls married Almanzo Wilder and moved into a little house he had built for her one of his claims. It seemed a happily ever after ending.

But the newly married couple encountered a string of disasters. Laura, just 20, and Almanzo, 10 years older, suffered a series of crop failures brought on by prolonged drought, had a daughter but then then lost a son, survived severe cases of diphtheria that left Almanzo partially lame, and lost their house and most of their worldly goods to a chimney fire.

They retrenched several times, eventually, in 1894, buying a spread in the Missouri Ozarks that she dubbed “Rocky Ridge Farm.” She was finally home. 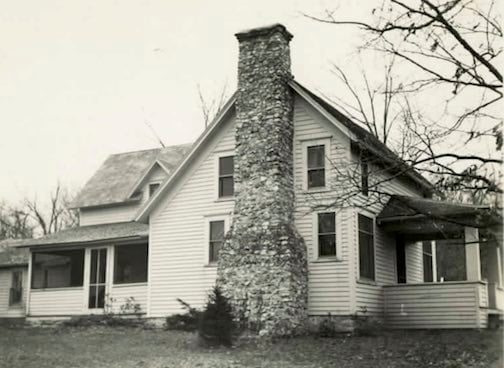 On her Ozark farm, Laura raised chickens and was known for her ability to keep the hens laying all winter. They provided cash income–or credit at the grocers–but they also laid a golden egg, in that they launched her writing career.

She was invited to speak on her poultry at a local agricultural meeting, but was kept away by some sort of illness. She sent her speech to be read aloud, and it attracted the specific attention of one person in the audience, the editor of the Missouri Ruralist, a twice-monthly publication from Kansas City.

The following year, 1911, her first article appeared there, entitled “Favors the Small Farm Home.” In it and the many articles that followed, she developed one of her persistent themes, the feasibility of the self-sustaining farm. Laura was forty-four years old.

The fledgling author works with her daughter

Some twenty years later, she tried her hand at book-length memoir, writing an autobiography, Pioneer Girl. Her daughter, Rose Wilder Lane—already an accomplished and highly paid writer of fiction and somewhat sensationalized non-fiction—tried with her agent to interest publishers in the manuscript, with no success.

Some of Rose’s friends suggested that the manuscript be adapted for the so-called “juvenile” market, just heating up in the world of books.

It was in this form which Wilder signed a contract with Harpers. Over a decade, she delivered a stunning series of eight novels chronicling her family’s odyssey, an odyssey that began just after the Civil War and ended in the 1880s. It was a coming-of-age story for a girl and reflected the coming of age of a nation, as homesteaders spread west from the Mississippi. 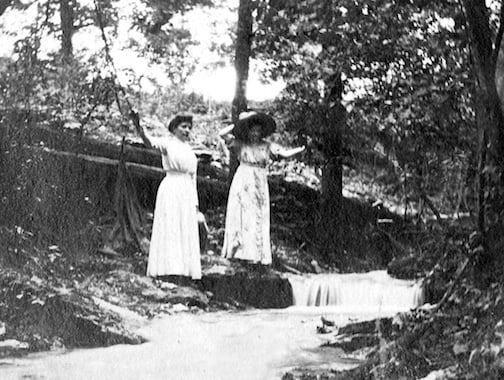 An eye for natural history

Beyond history, her books were about natural history. As a garden writer, I was amazed at the accuracy and detail of her depictions of flora, with over one hundred different identifiable plants in the novels. She and her sisters foraged for nuts and wild berries. They picked wildflowers. There are medicinal plants, kitchen gardens, food crops, and many, many trees.
Birds, bugs, fish, amphibians, (even one crustacean!) and all sorts of four-legged critters, appear in the books. Wilder’s descriptions include geology and hydrology.

She wrote about the weather with an accuracy that inspired Dr. Barbara Mayes Boustead, a scientist with the National Weather Service to base her Ph.D. dissertation on the actual meteorological events depicted in The Long Winter.

It isn’t too much of a stretch to group Laura Ingalls Wilder with America’s nature and agricultural writers. Aldo Leopold, an environmentalist best known for essays about his Wisconsin farm, once wrote, “There are two spiritual dangers in not owning a farm. One is the danger of supposing that breakfast comes from the grocery, and the other that heat comes from the furnace.”

If you read the Little House on the Prairie books, it is impossible maintain these misconceptions. 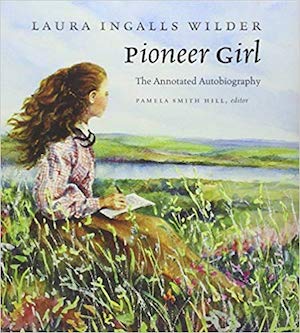 Nature was Wilder’s home, as well as little houses. The actions of the Ingalls and Wilder families take place in different parts of the country with different ecosystems, and the stories demonstrate the process and results of major transitions to the continent’s heartland. The series sows a deep appreciation for the world outside one’s own door for readers of any age.

As Wilder wrote in a Ruralist article in April, 1923, “The voices of nature do not speak so plainly to us as we grow older, but I think it is because, in our busy lives, we neglect her until we grow out of sympathy. Our ears and eyes grow dull and beauties are lost to us that we should still enjoy.” She reminds us to step outdoors—stop—then listen and look.

MORE BY MARTA MCDOWELL ON THIS SITE 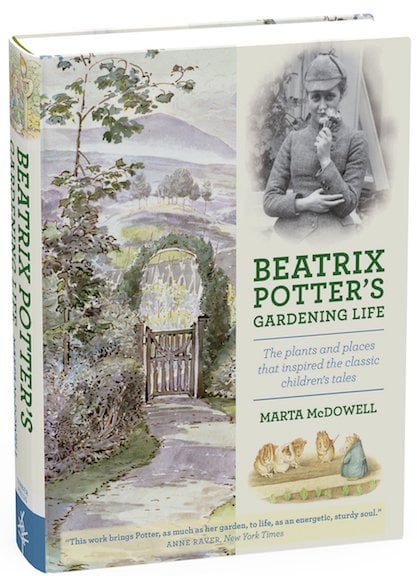