Jane on the Brain: Jane Austen and Empathy 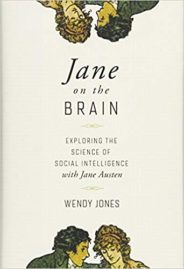 Jane on the Brain: Exploring the Science of Social Intelligence with Jane Austen by Wendy Jones (Pegasus Books, ©2017) is an exploration of how Jane Austen was able to capture human psychology via relatable characters in compelling stories.

Following is an excerpt from the book introducing the role of empathy in Austen’s novels, but first, a few words from the publisher:

“Why is Jane Austen so phenomenally popular? Why do we read Pride and Prejudice again and again? Why do we delight in Emma’s mischievous schemes? Why do we care about the suffering of Anne Elliot in Persuasion?

We care because it is our biological destiny to be interested in people and their stories — the human brain is a social brain. And Austen’s characters are so believable that, for many of us, they are not just imaginary beings, but friends whom we know and love.

And thanks to Austen’s ability to capture the breadth and depth of human psychology so richly, we feel that she empathizes with us, her readers.

… An Austen scholar and practicing therapist, Wendy Jones explores the many facets of social intelligence and juxtaposes them with the Austen canon. Brilliantly original and insightful, this fusion of literature, psychology, and neuroscience provides a heightened understanding of one of our most beloved cultural institutions — and our own minds.”

The following excerpt is from Jane on the Brain: Exploring the Science of Social Intelligence with Jane Austen, © 2017 by Wendy Jones (Pegasus Books). Reprinted with permission. All other rights reserved.

Jane Austen’s stories not only convey empathy through mirroring and identification, but they’re about empathy as well — who has it, who lacks it, and how some of her characters deepen their capacity for this important quality.

Her novels get us to focus on the experience of empathy (neuroscientists would say they prime us to think about it) by showing its value repeatedly.

So we find ourselves reflected in novels that are all about the value of being able to find yourself reflected in other minds and hearts. Yet we’re not fascinated by empathy because it’s brought to our attentions, but rather we pay attention because empathy is essential to our well-being. And this is yet another reason we’re drawn to Austen — she understands this about us.

Perhaps it seems strange to characterize Austen’s novels as being about empathy. After all, Austen’s great subject is love: its different varieties, its frustrations, its nuances, and, above all, its satisfactions.

And not just love between couples, but also between friends, parents and children, siblings. Austen certainly understood this most precious of human emotional resources. 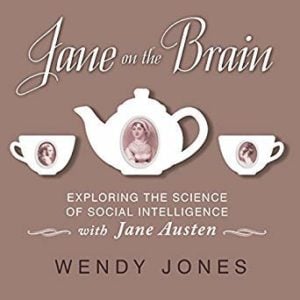 But there’s no contradiction here. Austen’s novels show again and again that the most complete and satisfying relationships rely on perspective taking, understanding, and emotional resonance. Whatever its other features—gratitude, esteem, passion, nurturing—at its core, true love is empathy.

Think about all of Austen’s happy couples and you’ll see that this is the case. Anne of Persuasion might be more intuitive and passionate than Elizabeth of Pride and Prejudice, but sensitivity and understanding lead to happy endings for both of them.

In placing empathy front and center, Austen knew what she was doing. For Austen is no mere copyist of nature, but a deeply thoughtful novelist who explores the morality as well as the psychology of the social brain, those aspects of the mind-brain that imbue our relationships. 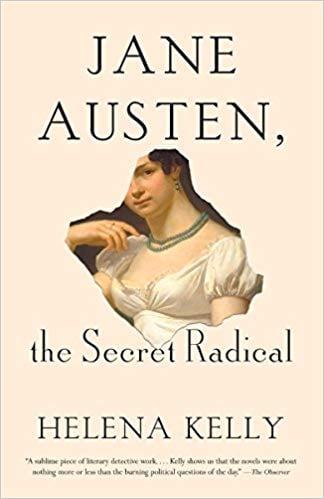 You might also enjoy: Jane Austen, the Secret Radical

This was brought home to me recently when I tried to read the novelist Georgette Heyer, a twentieth-century writer who emulated Austen. Here were all the window dressings of Austen’s fiction, the Masterpiece Theatre costumes, plots, and themes, but hollowed out, not only of Austen’s distinctively brilliant style, but also of her philosophical and psychological depth.

With apologies to all the Austen fans who cut their teeth on Heyer, I found her unreadable. In the humble guise of the novel of manners, a genre that focuses on social conduct, Austen’s works draw out the moral implications of being human: What do we owe one another ethically, and how do we go about fulfilling this obligation?

The simple answer: We owe one another the kinds of consideration and treatment that help all of us not only to satisfy our basic needs, but to achieve well-being and self-esteem. And this depends on empathy, the key to understanding another person’s needs.

And so Emma caters to her needy, hypochondriacal, and often ridiculous father in Emma. So Edmund becomes young Fanny’s friend and advocate in Mansfield Park. So Elizabeth in Pride and Prejudice tolerates the more absurd members of her family with calm consideration.

In that last family, we might note that it’s with regard to this fundamental ethical obligation that Mr. Bennet fails so completely. Rather than helping his foolish wife to develop whatever potential she might have, he retreats to sarcasm to console himself for having to endure her company.

As a result, she remains as silly as ever, learning only to ignore a husband she can’t understand and who doesn’t empathize with her. 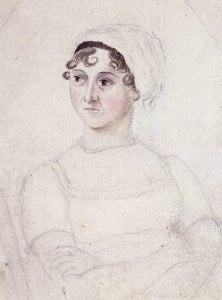 Sympathizing with others’ points of view

When Austen’s characters demonstrate kindness and tolerance, it’s because they’re able to imagine and sympathize with life from the point of view others. Emma indulges her father’s many absurdities because she can see that his worries are real to him.

Edmund imagines what it’s like to be young, lonely, and intimidated in a new place, and so he’s kind to Fanny. Elizabeth knows that she might not be able to change her mother, but that failing to show her respect would be hurtful and accomplish nothing.

Austen’s best heroine, Anne Elliot of Persuasion, owes her goodness and capability to her capacity for empathy.

She can see from others’ perspectives, and this guides her feelings and behavior. As Wentworth, the man she loves, eventually realizes, there is “no one so proper, so capable, as Anne.”

Empathy is the core quality of all moral action

For Austen, empathy is the core quality of all moral action. Here, Austen agrees with the philosopher David Hume, a near contemporary.

In our own day, similar conclusions have been advanced by Simon Baron-Cohen, a neuroscientist who equates evil with a lack of empathy, and Frans de Waal, a philosopher and primatologist who views our capacity for moral action as grounded in empathy, which we find in less developed forms in other primates.

Above and beyond the kindness and understanding that empathy creates, it’s valuable because it unlocks the prison house of cosmic loneliness that threatens each of us with a life sentence of solitary confinement.

Anglo-European politics, philosophy, and psychology have emphasized our separateness, condemned us without a trial, insisting that we’re stuck in a container, the body, looking out through windows, the eyes.

We’re born alone and we die alone, even if other people are near us for these two defining events in the life cycle of every human.

But the latest work in social intelligence tells us that we’re profoundly interconnected in terms of brain, body, and mind. This has been a key insight of the literary imagination all along, that fund of wisdom and observation found in literature.

In terms of understanding our connections with one another, no author is greater than Austen. And she shows that such connections depend on empathy, on being able to enter into the thoughts and feelings of others. Through such exchanges, people find meaning and purpose in their lives.

2 Responses to “Jane on the Brain: Jane Austen and Empathy”