How Betty MacDonald’s Mrs. Piggle-Wiggle Came to the Page 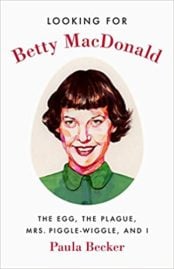 Betty MacDonald (1907 – 1958) was an American author of humorous memoirs and children’s books. The Egg and I, her bestselling 1945 memoir of running a chicken farm in rural Washington State in the late 1920s, catapulted her to international fame.

A slew of rejections, and a reversal

As sales of The Egg and I soared, Lippincott eagerly sought to capitalize on Betty’s success. Accordingly, fifteen months after Egg made its debut, the publisher introduced Mrs. Piggle-Wiggle.

The book was a collection of children’s stories about a wise, kind, magical woman who gently but firmly assisted errant children and their beleaguered parents. Betty dedicated Mrs. Piggle-Wiggle to her daughters, nieces, and nephews, “who are perfect angels and couldn’t possibly have been the inspiration for any of these stories.”

Lippincott nearly missed staking its claim in Mrs. Piggle-Wiggle’s publishing empire. While Betty was revising Egg, she had sent the children’s manuscript to her literary agent, Bernice Baumgarten, and Baumgarten had struggled without success to place it.

The children’s book editors who read the stories didn’t understand Betty’s mixture of naturalism and fantasy. The publishers Bobbs-Merrill, Farrar & Rinehart, McBride’s, Messner, and Lippincott all turned the manuscript down. Once Egg began to rocket up the best-seller lists, Lippincott frantically reversed their rejection, and Mrs. Piggle-Wiggle was rushed into print. 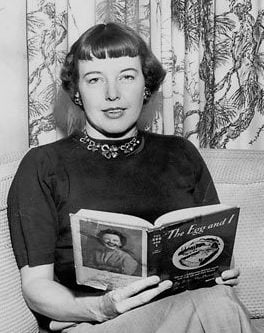 As with The Egg and I, Mrs. Piggle-Wiggle’s appearance was well timed. Children’s book sales had risen sharply during World War II, partly because toys were unavailable or in short supply, their materials being needed for wartime production.

The War Production Board restrictions that affected the publishing industry most severely had been lifted by the time Mrs. Piggle-Wiggle launched. Paper and cloth were in readier supply, and children still had a keen appetite for books.

Betty’s youthful storytelling, begun at the insistent prompting of Mary’s icy feet, continued when she was a teenager spinning tales to occupy Dede and Alison. When she had children of her own, making up stories was her natural reflex, and she invented Mrs. Piggle-Wiggle for Anne and Joan.

“I have told Mrs. Piggle-Wiggle stories to children, hundreds of them, from two to twelve. Children like them because they think they are written about a sister, brother, friends, cousins, anyone but them,” Betty wrote to Lippincott’s Mac McKaughan.

“I’m sure that one reason I have always loved to tell stories to children is because they are such enthusiastic audiences—they laugh loudly at anything the least bit witty, are terribly sad in the sad parts and grind their teeth with hatred for the wicked characters.” 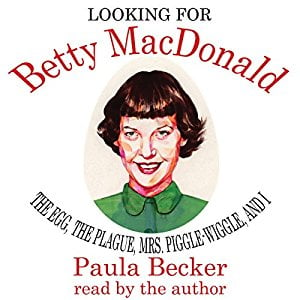 Looking for Betty MacDonald: The Egg, the Plague, Mrs. Piggle-Wiggle, and I
is available on Amazon and the University of Washington Press

The magic of Mrs. Piggle-Wiggle

Unlike book editors, children had no trouble whatsoever accepting Mrs. Piggle-Wiggle or her world. “Mrs. Piggle-Wiggle has brown sparkly eyes and brown hair which she keeps very long, almost to her knees, so the children can comb it. . . .

[Her] skin is a goldy brown and she has a warm, spicy, sugar-cookie smell that is very comforting to children who are sad about something. . . . [S]he wears felt hats which the children poke and twist into witches’ and pirates’ hats and she does not mind at all. . . . [S]he wears very high heels all the time and is glad to let the little girls borrow her shoes,” the book explained.

Among the many attractions of the book were the late Mr. Piggle-Wiggle’s hidden pirate’s treasure; the pets, Wag and Lightfoot (whose offspring were periodically divvied up among the neighborhood children); and Mrs. Piggle-Wiggle’s willingness to allow little boys and girls to use her house as a cozy club while they baked cookies and enjoyed cambric tea.

The role of children in the author’s life

Betty’s newspaper interviews frequently mentioned the important role that children played in her busy life. She told the Seattle Times that Mrs. Piggle-Wiggle, like The Egg and I, was written while her house “crawled with children … I had so much help that I almost never got it finished. Most of my best writing has been done to the accompaniment of heavy breathing, sniffing, and fat hands poking the wrong key of the typewriter. 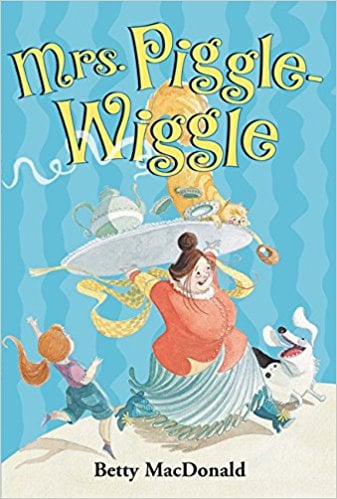 The wisdom of good behavior

Like Uncle Remus, Mary Poppins, and Nurse Matilda, Mrs. Piggle-Wiggle is an adult who helps children to learn the wisdom of good behavior. She believes that misguided children truly want to behave well once their veil of ignorance is stripped away. Children liked the books’ honestly depicted child characters and guileless acceptance of everyday magic.

The Piggle-Wiggle books make both children and parents feel they are “in” on something. Children recognize behaviors that they themselves would never, ever exhibit (wink, wink), and feel superior, even as they identify with the child characters. Betty tosses inside jokes about parental behavior to the adults reading the books aloud.

Unlike many books written in the same era, the Piggle-Wiggle books represent boys and girls equally: both are endowed with characteristics that worry or annoy their parents, and both are equally amenable to Mrs. Piggle-Wiggle’s peculiar training methods.

Excerpt by Paula Becker, from Looking for Betty MacDonald: The Egg, the Plague, Mrs. Piggle-Wiggle, and I, pp. 81-83. © 2016. Reprinted with permission of the University of Washington Press.

Visit Paula Becker on the web to learn more. 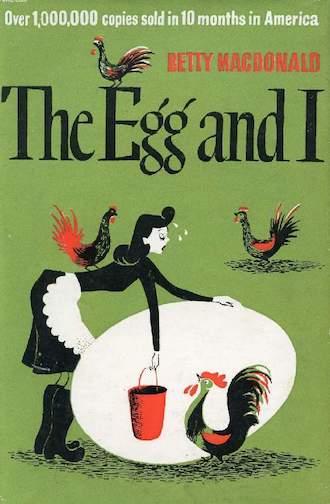 2 Responses to “How Betty MacDonald’s Mrs. Piggle-Wiggle Came to the Page”