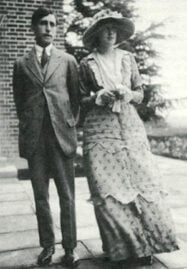 Virginia Stephen first met Leonard Woolf while visiting her brother Thoby at Trinity College at Cambridge in 1900. She wore a white dress and carried a parasol, looking like “the most Victorian of Victorian young ladies,” as Leonard described her.

Leonard and Virginia Woolf, as she would later be known, were destined to be together, though it took considerable persistence and many proposals on his part before she agreed to marry him.

According to The American Reader, “Virginia and her elder sister, Vanessa, were described by Leonard Woolf as ‘young women of astonishing beauty …. It was almost impossible for a man not to fall in love with them.’” Brilliant as well as exquisitely beautiful, Virginia attracted many admirers, both male and female.

“You must marry Virginia”

In 1909, Lytton Strachey, a mutual friend of Virginia and Leonard’s proposed to her, and she turned him down. He immediately wrote to Leonard, who was working as a civil servant in Ceylon at the time:

“Your destiny is clearly marked out for you, but will you allow it to work? You must marry Virginia. She’s sitting waiting for you, is there any objection? She’s the only woman in the world with sufficient brains, it’s a miracle that she should exist; but if you’re not careful you’ll lose the opportunity … She’s young, wild, inquisitive, discontended, [sic] and longing to be in love.”

Leonard was intrigued and wrote back. “Do you think Virginia would have me? Wire to me if she accepts. I’ll take the next boat home.” It’s almost as if he expected his friend to make the proposal for him.

Virginia didn’t respond, thinking the offer to be a joke. Nothing more was said until Leonard returned to England at the end of 1911. After his first in-person proposal in January 1912, he resigned from the civil service, partly in the hope that Virginia would accept his proposal.

He moved into the house in Bloomsbury that Virginia shared with her brother and continued to court her, proposing several times. 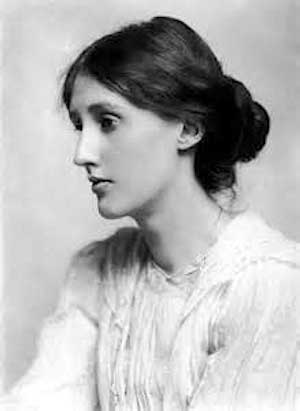 Virginia’s reluctance to marry was fueled by fear of sex and the attendant emotional involvement. She wasn’t physically attracted to Leonard, and the fact that he was a Jew was, in her eyes, not in his favor.

According to Frank McLynn, author of Famous Letters: Messages & Thoughts that Shaped Our World (1993): “Virginia had mixed feelings about marriage and resented the role prescribed for women in British society.

She was also repelled by the idea of sex with a man, after the trauma of a childhood in which she was molested by her two older half-brothers.” More about this is detailed in Virginia Woolf: The Impact of Childhood Sexual Abuse on Her Life and Work by Louise DeSalvo.

A blunt letter from Virginia to Leonard

In a 1912 letter to Leonard, Virginia was blunt about her reservations, not holding back her true feelings:

To deal with the facts (my fingers are so cold I can hardly write) I shall be back about 7 tomorrow, so there will be time to discuss—but what does it mean? you can’t take the leave, I suppose if you are going to resign certainly at the end of it. Anyhow, it shows what a career you’re ruining!

Well then, as to all the rest. It seems to me that I am giving you a great deal of pain—some in the most casual way—and therefore I ought to be as plain with you as I can, because half the time I suspect, you’re in a fog which I don’t see at all. Of course I can’t explain what I feel—these are some of the things that strike me.

The obvious advantages of marriage stand in my way. I say to myself. Anyhow, you’ll be quite happy with him; and he will give you companionship, children, and a busy life—then I say By God, I will not look upon marriage as a profession. The only people who know of it, all think it suitable; and that makes me scrutinise my own motives all the more.

Then, of course, I feel angry sometimes at the strength of your desire. Possibly, your being a Jew comes in also at this point. You seem so foreign. And then I am fearfully unstable. I pass from hot to cold in an instant, without any reason; except that I believe sheer physical effort and exhaustion influence me.

All I can say is that in spite of these feelings which go on chasing each other all day long when I am with you, there is some feeling which is permanent , and growing. You want to know of course whether it will ever make me marry you.

How can I say? I think it will, because there seems no reason why it shouldn’t—But I don’t know what the future will bring. I’m half afraid of myself. I sometimes feel that no one ever has or ever can share something — It’s the thing that makes you call me like a hill, or a rock.

Again, I want everything — love, children, adventure, intimacy, work. (Can you make any sense out of this ramble? I am putting down one thing after another.) So I go from being half in love with you, and wanting you to be with me always, and known everything about me, to the extreme of wildness and aloofness.

I sometimes think that if I married you, I could have everything — and then — it is the sexual side of it that comes between us? As I told you brutally the other day, I feel no physical attraction in you. There are moments — when you kissed me the other day was one—when I feel no more than a rock.

And yet your caring for me as you do almost overwhelms me. It is so real, and so strange. Why should you? What am I really except a pleasant attractive creature? But its [sic] just because you care so much that I feel I’ve got to care before I marry you. I feel I must give you everything and that if I can’t, well, marriage would only be second-best for you as well as for me.

If you can still go on, as before, letting me find my own way, that is what would please me best; and then we must both take the risks. But you have made me very happy too. We both of us want a marriage that is a tremendous living thing, always alive, always hot, not dead and easy in parts as most marriages are. We ask a great deal of life, don’t we? Perhaps we shall get it; then, how splendid!

One doesn’t get much said in a letter does one? I haven’t touched upon the enormous variety of things that have been happening here—but they can wait… 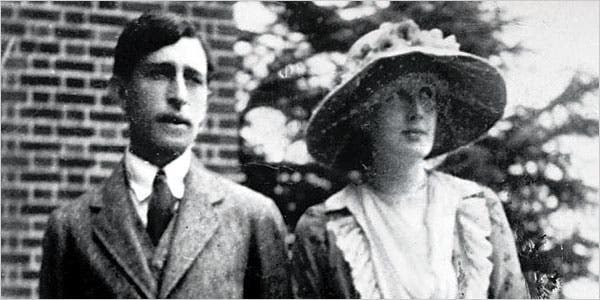 Leonard must have worn her down. Virginia finally accepted his proposal later that same month. She wrote to her friend Violet Dickinson of the engagement:

“My Violet, I’ve got a confession to make. I’m going to marry Leonard Woolf. He’s a penniless Jew. I’m more happy than anyone ever said was possible – but I insist upon your liking him too. May we both come on Tuesday? Would you rather I come alone? He was a great friend of Thoby’s, went out to India – came back last summer when I saw him, and he has been living here since the winter.” 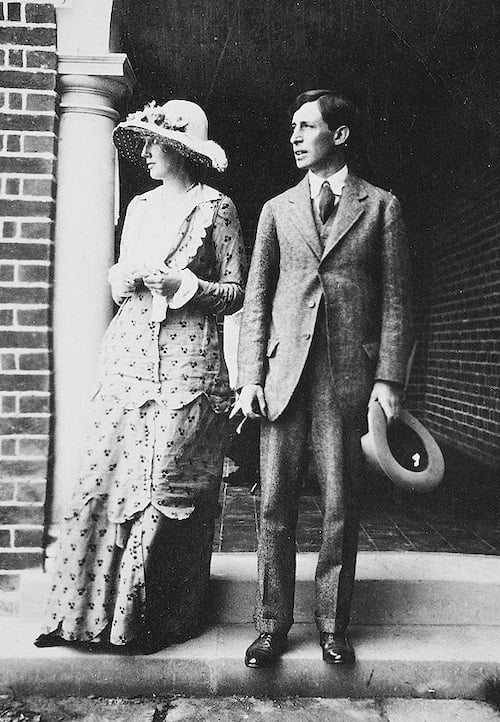 Just one year later, Virginia attempted to commit suicide with a large dose of verona, a sedative. Doctors discouraged her from having children due to her struggles with mental illness, which, despite her aversion to sex, she found heartbreaking.

Throughout their long marriage, Virginia continued to have other relationships, primarily with women (most famously, with Vita Sackville-West). Leonard seemed to tacitly approve of this arrangement.

A marriage of minds, a tragic end

The marriage of Leonard and Virginia Woolf was a partnership of minds, if not a romantic one, with a great deal of affection and mutual respect. Leonard could not have been a more nurturing husband. He saw Virginia through bouts of mania, depression, and suicide attempts.

Most of all, he created a nurturing environment that made it possible for her to create the brilliant body of work that she ultimately produced.

When Virginia Woolf committed suicide in March of 1941, her note to Leonard said, “I don’t think two people could have been happier than we have been.” 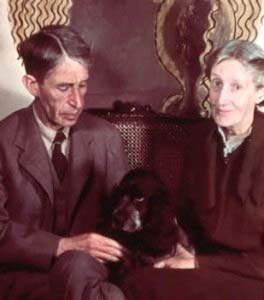