An Interview with Eudora Welty 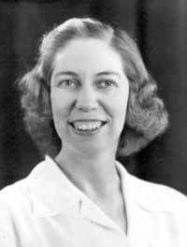 Excerpted from Writers and Writing by Robert van Gelder, 1946. A short story writer of exceptional talent talks of her work – June 14, 1942: Eudora Welty said that when she was younger she was very much interested in herself and always projected herself into her stories.

“The stories were awful. I’m from Jackson, Mississippi, and never had been much of anywhere else, but the action in my stories took place in Paris. They were awful. I remember the first line in one of them: ‘Monsieur Boule deposited a delicate dagger in Mademoiselle’s left side and departed with a poised immediacy.’

This, of course, makes no sense at all. I loved the ‘poised immediacy’ so much that I’ve remembered the whole sentence.

“When I wrote the stories about Paris I thought that I was very good. I think that you’re most likely to believe that something you write is good so long as it is about something of which you are totally ignorant. You project yourself into some situation of which you know nothing but that pleases you.

“Then I went home and started writing about what I knew. I was older and I guess had a little more sense, enough sense so that I could see the great rift between what I wrote and what was the real thing.”

Do you ever feel, in your stories, that you have closed the rift?

“Sometimes in the middle of a story I have the illusion that I’ve closed it. But never for more than a minute. Your common sense tells you that you haven’t done it. When you see yourself in proportion–as you’re bound to do when you get some sense–then you see how much greater what is real is than anything you can put down.”

She writes easily, perfectly naturally, enjoying the job and lost in it.

“I sort of hang stories in my mind and let them hang for a long time. As an example, I have just heard that a long short story or a short novel–I don’t know which it is–that I have written is to be published. It’s a wrong length and I guess no one will pay much attention to it, but I enjoyed doing it.

It is about the Natchez Trace, and planters’ beautiful daughters and Indians and bayonets and so on are in it–and a lifetime of fairy-tale reading. Everything in it is something I’ve liked as long as I can remember and have just now put down.” 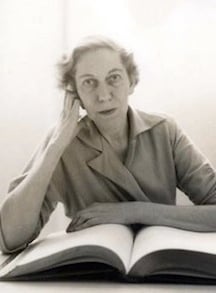 You write for yourself entirely, don’t you, without the reader in mind at all?

“Oh, no, I certainly never think of who is going to read it. I don’t see how any one could. I don’t think of myself either–at least, I don’t believe I do. I just think of what it is that I’m writing. That’s enough to do.

Anyway, so long a time elapsed between the original writing of most of my stories and their publication that I lost all sense of connection between writing and print. A lot of the stories that have been published lately were written five or six years ago.

Yes, I changed them. I revised as I recopied. I think that as you learn more about writing you learn to be direct. When you start you don’t say the thing that is behind the writing–maybe you’re not sure enough of how it should be said, or maybe you yourself know it so well that you don’t feel that the saying is necessary, or maybe you just don’t realize what it is. So you write around it.

In some of the stories, as I retyped, I simply put the kernel, the nut, in. Now that my stories are beginning to find a market–or rather, now that I have an agent who has drummed up a small market–I don’t revise as much and the stories don’t hang so long. It may be that in ten years I’ll wish they had never seen the light of day.” 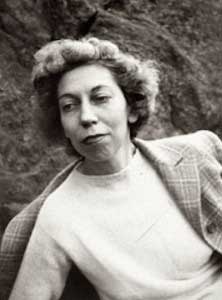 Miss Welty has written some of the most memorable short stories to appear in print during the last few years. Each story is distinct, purely individual, born of its subject and a point of view that is so wide and deeply understanding that it is as though there were no brand of one mind upon the stories.

Their outstanding similarity is formed of the intensity that went into their writing. They create moods as powerful as the moods developed by good poetry.

But Miss Welty obviously finds it difficult to talk about herself and not only difficult but not interesting. She is without a public attitude.

Born and brought up in Jackson, Mississippi., the daughter of the head of a Southern insurance company, she studied at the University of Wisconsin and then came to New York, where she attended Columbia’s School of Business, specializing in advertising writing.

“I quit advertising because it was too much like sticking pins into people to make them buy things that they didn’t need or really much want. And then, too, advertising is so filled with taboos–you are scared to say this thing and that thing; scared to use this page and that kind of type, and so on. What’s the use of learning fears?”

Returning to Jackson, she took a variety of jobs. “I used to write everything that was said over a small-town radio station–and to keep the job wrote myself a lot of fan letters each week.

At the same time I was writing society for the Commercial Appeal at Memphis, and then I moved into a government publicity job that let me get about the State and gave me an honorable reason to talk to people in all sorts of jobs.

“When I decided just to go ahead and write stories I no longer could meet as many people, but that doesn’t seen to matter much. Why, just to write about what might happen along some little road like the Natchez Trace — which reaches so far into the past and has been the trail for so many kinds of people — is enough to keep you busy for life.”