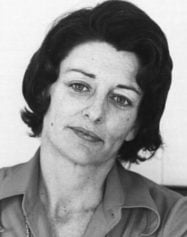 Anne Sexton (November 9, 1928 – October 4, 1974), born Anne Gray Harvey, was an American poet. Though she was considered one of the pioneers of modern confessional poetry, her artistry reached far beyond that genre.

Born in Newton, MA, she grew up in a middle-class home in Weston, MA. Her dysfunctional family life set the stage for her lifelong struggles with mental illness. Her father was an alcoholic, and her mother, a housewife with frustrated literary aspirations. Anne’s later writings reflect an upbringing of abuse and hostility.

In addition to her tumultuous relationship with her parents, Anne had difficulty with school. She was oppositional and often had trouble concentrating. At a boarding high school, she discovered acting and poetry.

“Anne Sexton began writing poetry as a teenager, like many of us, then stopped, like most of us. She began writing again when she was a suicidal woman undergoing psychiatric treatment, with two young children of her own, In Anne Sexton’s life, psychotherapy constructed a bridge between the girl’s creativity and the women’s commitment to a vocation in art.”

An attractive young woman with a sense of adventure, she was on the receiving end of much male attention. By age nineteen, she eloped with Alfred “Kayo” Sexton II, even while engaged to another.

When Kayo was serving in Korea, Anne embarked on a modeling career and a series of extramarital affairs. Around the years of giving birth to their daughters in 1953 and 1955, Anne became severely depressed. She had her first manic episode in 1954 and attempted suicide on several occasions.

Anne likely suffered from what’s now referred to as bipolar disorder, then called manic depression. It was during these first, destabilizing years, that her psychiatrist, Dr. Martin T. Orne, suggested that she begin to write. In the Foreword to  Anne Sexton: A Biography, he wrote:

“I recall clearly my first therapy session with Anne Sexton. Her vivid description was poignant with regard to her total inability to live the life she believed was demanded of her. She felt helpless, unable to to function as a wife and mother, and expressed resentment at having her children taken away from her. Yet at the same time she recognized that she was truly unable to care for them.

… Although she was trying her best to live up to the 1950s image of the good wife and mother, she found the task completely beyond her.”

Anne’s therapy sessions were so painful that she often blocked and couldn’t recall what had transpired. Dr. Orne hit on the idea of recording them and playing them back each time they proceeded:

“By developing the ability to recall emotional events that mattered to her, Anne was gradually able to deal with these emotions in her poetry. Soon after her poetry began to be published, she found that many troubled individuals sought her guidance and counsel. Indeed, she took great pride in being able to help others with similar pain.”

Joining some Boston-area writing groups proved fruitful. Anne connected with established poets like Maxine Kumin, who became a lifelong friend. The two women regularly critiqued one another’s poetry and wrote four children’s books together. Anne also studied with Robert Lowell at the same time as Sylvia Plath (with whom she was also good friends) and George Starbuck.

Anne felt a great deal of kinship with Sylvia Plath, and like her, often expressed a death wish in her poems, as in “Wanting to Die” — learning of Plath’s death by suicide, she seemed almost envious. “Sylvia’s Death,” in fact, is a poem she wrote to Plath:

Thief!
how did you crawl into
crawl down alone
into the death I wanted so badly and for so long.

In 1959, both of her parents died, and though her relationship with them had been fraught, to say the least, the trauma led to more mental breakdowns.

Her first collection, To Bedlam and Part Way Back, was published in 1960 to critical and public praise. It was followed by All My Pretty Ones in 1962. Anne was receiving not only critical praise but prestigious awards as well. These included the Frost Fellowship, the Shelley Memorial Prize, a Ford Foundation grant, and many others. 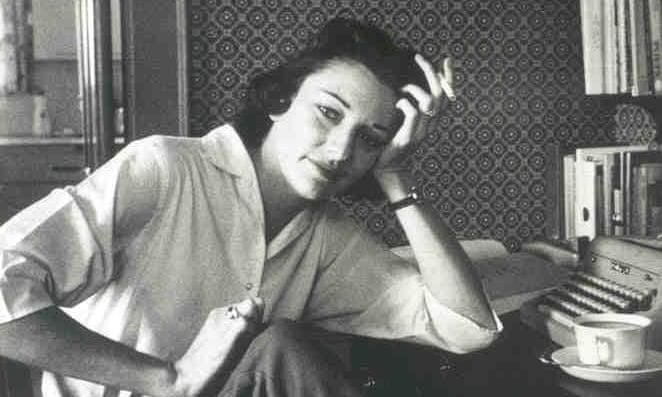 Pulitzer Prize for Live or Die

In 1967, Anne received the Pulitzer Prize for poetry for Live or Die (1966). Despite her immense list of accomplishments, the press often referred bizarrely to her as a “housewife” when covering her receipt of this honor. The Associated Press coverage from May, 1967 reads in part:

“Mrs. Anne Sexton, housewife winner of the 1967 Pulitzer Prize for poetry, says, ‘My topic is my family, my life. It’s corny, but I try to write the truth.’ Mrs. Sexton, 38-year-old mother of two daughters, won the $500 prize for Live or Die, published last year.

Live or Die is contains some semi-autobiographical accounts of her recovery, or attempted recovery, from mental illness. The collection is far from the musings of a suburban housewife, even though coverage of the prize attempted to portray her in such a light. It includes a number of Sexton’s best-known poems, such as “Little Girl, My String Bean, My Lovely Woman,” and “Wanting to Die.”

In the late 1960s and early 1970s, Anne spread her wings. Her play, Mercy Street, was staged off-Broadway in 1969. She wrote prose-poems with a feminist bent in the collection titled Transformations (1972).

But all the accomplishment and accolades couldn’t stave off her deteriorating mental health. During this time, she continued to attempt suicide and became dependent on alcohol and medications.

Anne’s tumultuous marriage to Kayo came to an end in 1973, and though it had long been unhappy, she was left unmoored. Depression led to self-isolation. On October 4, 1974, she had a working lunch with her close friend Maxine Kumin. She committed suicide by asphyxiation by carbon monoxide in her garage. She was not quite 46 years old.

Anne Sexton: A Biography by Diane Wood Middlebrook is a portrait of a talented yet deeply troubled woman. She’s described as bewitching, complex, exasperating, and self-destructive:

“From the day Sexton began writing in 1956, her poetry and inner life worked in tandem to give her eighteen years of wild productivity, which produced nearly a dozen books.

Among her achievements were a Pulitzer Prize, professorships, stardom in a performing musical group called Anne Sexton and Her Kind, attempts to write for theater, and a hectic emotional life, which severely strained her husband, her daughters, and her lovers and friends … In her later years, she reached desperately toward religious belief.”

The art of confessional poetry

In an analysis of Sexton within the genre of confessional poetry, Dr. Ruwayda Jassim Muhammad offers these observations:

“The events of Sexton’s life are revealed in her poems — her breakdown, time in a mental hospital, her therapy, her troubled marriage (ending in divorce, her affairs, and her relationship with her two daughters became transparently the stuff of her poetry, and her verse became far more direct than that of Robert Lowell or Sylvia Plath as confessional poetry.

… Dianne Middlebrook defined characteristics and distinctive voice that is understood to be the voice of the poet himself or herself, writing: ‘Its principle themes are divorce, sexual infidelity, childhood, neglect and the mental disorders that follow from deep emotional wounds received early in life.

A confessional poem contains the first-person speaker, and always seems to refer to a real person in whose actual life real episodes have occurred that cause actual pain, all represented in the poem.

Yet, her poetry should not be regarded as a mere recording of her experiences — in a essay on both To Bedlam and Part Way Back (1960) and All My Pretty Ones (1962), Beverly Fields argued that Sexton’s poetry is mostly misread; she argued that the poems are not as autobiographical as they seem — that they are poems, not memoirs.

She went on to analyze many of them in depth in order to show the recurrent symbolic themes and poetic techniques she felt made Sexton’s work impressive.

… Most critics agree on the fact that Sexton wrote about wanting to die … from a very personal point of view. According to Diane Hume George, there are ‘at least twenty poems primarily explaining what it feels like to want, or need, to die … She viewed death as a state which exists in life; it is ‘here,’ i.e., in life and all the time; so to her, death and life are inseparable.”

One of Anne’s daughters, Linda Gray Sexton, edited the posthumous collections of her poems. These included 45 Mercy Street (1976) and Words for Dr. Y: Uncollected Poems with Three Stories (1978).

Though many of her poems speak to her personal experience with depression, suicide attempts, and fraught family relationships, a great deal of her work wasn’t at all autobiographical. Her life might have been a trial, but her writing was artful and is firmly established in the canon of American poetry.