An Analysis of The Dispossessed by Ursula Le Guin (1974) 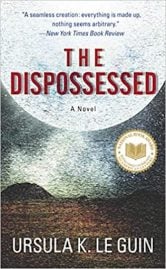 Ursula K. Le Guin is one of the most influential science fiction and fantasy writers of the twentieth century. Her 1974 novel, The Dispossessed, was written as a political tale, with themes that include freedom and the corruption of capitalist societies. It won the Hugo, Nebula, and Locus awards in 1975.

Le Guin uses her novel as a moral principle of anarchism based on political theories and ideas of collective societies to challenge modes of radical thinking. Discussing these philosophies will determine if she was successful in delivering a convincing narrative that overcomes conflicting notions of a perfect society

A concept of opposites

Le Guin uses a concept of opposites with the use of two planets to write of a society governed by principles free from state rule on the planet Anarres. She compares that with a capitalist regime on the planet Urras. Le Guin created the planet Anarres intending to promote what she deemed to be new ideas, where water and heat would be rationed and where nothing goes to waste.

Everything was to be recycled and they would use the wind to generate energy. All this may sound rather familiar, as some of the ideas that Le Guin posits were already in existence when she wrote her story. The oil shortages of the 1970s changed the energy environment for the world. It was because of this, those alternative ways of using energy sources were developed such as wind energy which had been around for thousands of years beforehand.

The same is true of recycling, which was also in existence since the early nineteenth century. Le Guin wasn’t exploring anything that wasn’t already being utilized in this world, let alone another world. However, the following quote from her book could be a possible foreshadowing of recent events that have occurred in our world where she describes the whole planet as “a great prison camp, cut off from other worlds and other men, in quarantine.” (3) 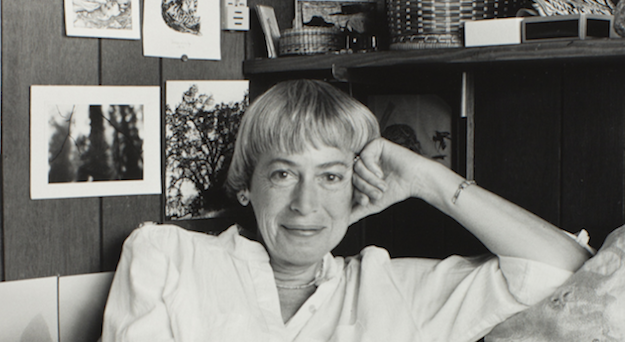 The planet Anarres, and stylistic considerations

Unfortunately, Le Guin’s ideas were not fresh or new at the time of her writing the novel and her imagined planet of Anarres isn’t without some serious issues. Not least of all that she describes it as “a barren sixty-acre field . . . a place where nothing grows.” (4)

However, without any grass there would be no herbivores, without herbivores, there are no carnivores, nor insect or plant life. Thus far, Anarres isn’t promoting the congeniality intended, which is to foster sharing and equality.

In an ideal world where everyone is on the same level; a life without hierarchy may seem an attractive option. Unfortunately, these ideas tend to develop a lack of focus and leadership. Everyone “has” and nobody “owns;” there are no profiteers. Consequently, there is nothing to gain or work towards and without incentives, the ambition to succeed is rendered non-existent.

Le Guin’s novel is littered with stylistic prose. Written in a non-linear style, she plays with shifts of time, a technique used as a vehicle to drive her narrative forward. She transports her readers back into the past life of her protagonist Shevek by alternating chapters with his present life; a literary approach that may not appeal to everyone.

The opening chapter uses a clichéd plot device describing a symbolic wall between two planets which is central to the novel. This is aptly illustrated with the line “what was inside it and what was outside it depended upon which side of it you were on.” (4) The wall is being used as a symbol of global inequality that demonstrates the idiom “the haves and the have-nots.”

Le Guin is endeavoring to reveal how people will always demonstrate dissatisfaction with their lives and consider the other side of the wall to be more desirable. Her use of symbolism is intended to proposition the reader to consider their ideals. Questioning the reasoning behind hope for a perfect society explores whether the perfection of a collective civilization is ever realistic.

She contrasts the planet of Anarres with a parallel universe of capitalism on the planet Urras. This is an attempt at harmony and if it can be achieved through anarchistic principles. Her novel offers the possibility of freedom in a perfect civilization and she makes vain attempts to represent Anarres as an ideal society that exhibits deficiencies of capitalism.

Unfortunately, this interpretation is arguably flawed. Her narrative meanders somewhat, resulting in a portrayal of both societies exhibiting deficiencies. Neither planet displays an ideal civilization and it becomes unclear as to what the author is attempting to demonstrate.

Le Guin depicts Anarres as an ideal collective society with anarchistic principles but describes it as “grimy and mournful.” Her choice of the word “mournful” is significant as it contradicts any ideas of being ideal; instead, it suggests an unattractive place beset with misery.

In contrast, the planet Urras offers a capitalist regime which she portrays as an appealing land of “innumerable patches of green.” It is given further credibility through Shevek when he arrives on the planet Urras. Captivated by its beauty he reflects upon “how the world is supposed to look.” (5)

However, irrespective of the appeal of the lustrous landscape on Urras, there is a sense of overindulgence suggesting feigned enthusiasm. Problematically, Le Guin’s figurative language may be masking less attractive traits beneath its pleasing exterior which threatens to send out an unclear message. 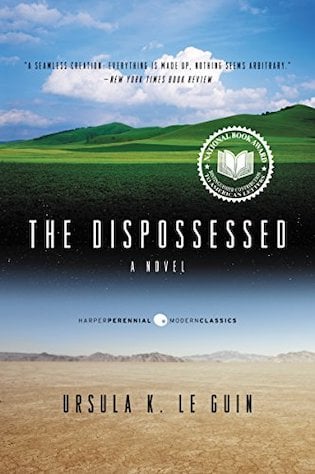 Critic Tom Moylan writes in The Encyclopedia of Science Fiction that Le Guin’s novel falls into the trap of endorsing a system of capitalism that it aims to condemn. (1) The result is a contradictory narrative that leaves Le Guin’s imagery unconvincing. It implies that confidence in the realization of a perfect society hasn’t been achieved on either planet. To realize confidence that inspires hope of a flawless society requires the narrative to overcome contradictions, which so far it fails to do.

Unfortunately, Le Guin’s attempts to offer greater confidence in making hopes and dreams of a better society appear conceivable, remain unpersuasive. The question of who has the authority to create, implement and control the rules in a free society remains under scrutiny “freedom is never very safe.”(6) Without effective leadership, the freedom of a collective society will crumble within a fractured civilization.

This further questions, if anyone would like to live in a society where its population was free of responsibility but their liberty was denied. Le Guin writes “would you really want to go and live in prison,” illustrating the lack of autonomy in a utopian society where people are unable to think independently of one another. (7) Le Guin’s narrative illustrates how free thought is something that is being denied suggesting that freedom and utopia cannot co-exist.

Utopias and their ideologies for a flawless existence date to the Renaissance period in 1516 with Thomas More’s Utopia written as a tale of social criticism. More says in his book that there were many things within the commonwealth of utopia he wished the country would imitate but lamented by saying, “though I don’t really expect it will.” (2)

More’s remark further supports the existence of historical aspirations that question hopes of a perfect society and the dreams for a better future. Writer Victor Urbanowicz claims in his science fiction article “Personal and political in The Dispossessed” that Le Guin had said that anarchism is “the most idealistic … the most interesting, of all political theories.” He went on to say that Le Guin had also claimed the purpose of writing The Dispossessed was so she could embody it [anarchism] in a novel, that “had not been done before.” (9)

The claims of an anarchist utopian novel not being previously written are misguided. William Morris had written his novel titled News from Nowhere almost a century before Le Guin, in 1890. Both novels are remarkably similar, based on past revolutions that abandon capitalism and profit-orientated organizations. Both authors aim to provide an alternative to a capitalist command whilst attempting to fulfill the hopes of an ideal society.

Considering both novels with More’s highlights the significance of persistent efforts being made by authors writing comparable texts. This would suggest that aspirations to strive for a utopian society have been the hope of many throughout history. It poses the question of why the freedom that is envisaged through a utopian ideal still eludes society.

A utopian anarchist society raises optimism but it cannot be endured. It questions if anyone would desire a life of restriction. By presenting a contrasting environment to allow for an exploration of new ideas highlights social failings that are still prevalent today. Le Guin emphasized the cultural downfall of seeking a utopia that everyone would be happy with which confirmed the failure of the coexistence of freedom within a utopia.

Fantasy creates worlds that can originally explore social challenges and conventions but they need to offer a realistic possibility of achievement. Le Guin fails to offer this assurance in her narrative. As each generation evolves, they would only know the lackluster existence of a place such as Anarres.

Without experiencing the discourse and unrest that ‘can’ occur in a world like Urras, there is nothing to compare it with, and the potential for anarchy is likely to occur once again. To offer the dream or hope of a better future narratives need to be supported with strong characters who are living through real experiences.

If the possibility of realization isn’t attainable it will foster an ever-turning circle of disappointment. The result of Le Guin’s novel leaves a population with no ambition and little to motivate beyond a daily existence. Maybe Le Guin was telling us that it’s time to dispense with this idea of utopia.

Contributed by Suzanne Bajor: Suzanne is a working-class writer in her third year of an English Literature and Creative Writing degree. Originally from Liverpool, she now lives in Greater Manchester. Writing has always been a hobby, but it wasn’t until she took early retirement in 2017 that Suzanne felt that she could develop her interest. She embarked upon a degree with the Open University and has just completed her level two with distinction (2021).

Since retiring, Suzanne has been actively submitting her work and has been shortlisted and published online with several of her short fictional pieces. When she is not writing and studying, Suzanne relaxes through her love of art and says drawing and painting allow her to switch off from outside distractions. This also helps her focus and develop ideas for her writing.

Developing techniques and learning how to write a substantial piece of work through her degree, has allowed Suzanne to gain confidence in sharing her work with others. Connect with Suzanne Bajor on Twitter.