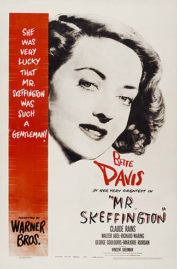 Elizabeth von Arnim went by various pen names throughout her career, perhaps explaining why her reputation wasn’t quite as cemented in her lifetime as was that of some of her contemporaries.

A writer of incision and great wit, two of her novels became well-known films. The first was Mr. Skeffington (1940). Much later, The Enchanted April (1922) was adapted into the charming 1991 film Enchanted April.

Here is a review of the Americanized and significantly altered 1944 film version of Mr. Skeffington starring Bette Davis and Claude Rains.

From the original review in the Muscatine Journal, November, 1944: Bette Davis appears in the role of Fanny Trellis, incredibly vain and incredibly beautiful in Warner Brothers’ offering, “Mr. Skeffington.

Claude Rains is cast opposite Miss Davis in the title role of Mr. Skeffington, while a strong supporting cast, including Walter Abel, Richard Waring, George Coulouris, and Marjorie Riordan lends verisimilitude and fidelity to a highly absorbing account of a 26 year span in a selfish woman’s life. 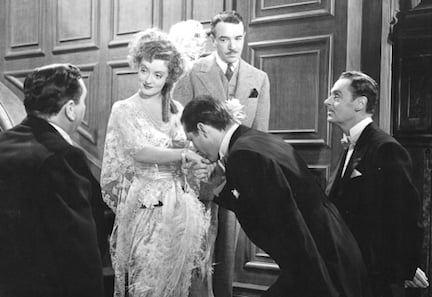 The exciting years encompassing the first World War, the Roaring Twenties, prosperity, depression and unrest, and finally, the beginnings of the present terrible conflict [World War II], were for Fanny Skeffington merely a diorama against which to parade her vanity, her countless suitors, and her studied indifference to the sensibilities of those who loved her in spite of all she could do to shame and hurt them.

Married to patient, loyal Job Skeffington but devoted only to her boudoir mirror, Fanny learns at a terrible cost that “a woman is beautiful only when she is loved.” 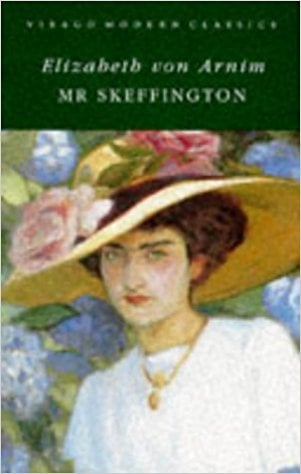