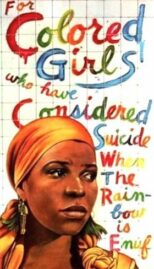 “Through my tears I found god in myself and I loved her fiercely” is perhaps the most iconic quote from For Colored Girls Who Have Considered Suicide/When the Rainbow is Enuf  by Ntozake Shange (1948 – 2018).

For Colored Girls has touched many hearts since it premiered in 1976. The 2019 production of For Colored Girls  at SUNY New Paltz was one such powerful and emotional presentation of Shange’s play.

For Colored Girls was Shange’s first work and remains her most acclaimed theatre piece, consisting of twenty captivating poetic monologues representing black sisterhood in a racist and sexist society.

Shange describes her work as choreopoem, a form of dramatic expression incorporating poetry, dance, music, and song. This term was coined in 1975 by Shange herself to describe this work.

The play follows the lives of seven African-American women who are identifiable based on the colors of their dresses: Lady in Red, Lady in Orange, Lady in Blue, Lady in Brown, Lady in Yellow, Lady in Purple, and Lady in Green. The nameless women battle issues concerning love, empowerment, struggle, and loss throughout the play.

The ladies’ interconnected stories push their relationships to evolve into a heartwarming sisterhood that the audience is sure to feel a part of by the end of the production. 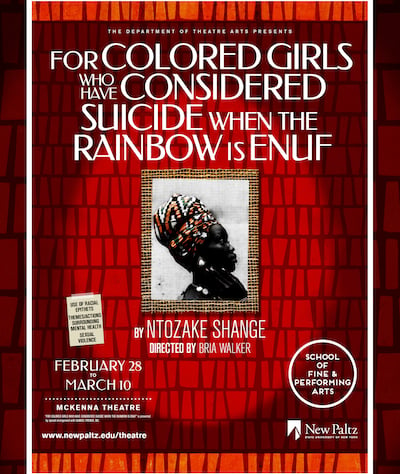 It continues to resonate in today’s world

Though Ntozake Shange first staged For Colored Girls over forty years ago, it will continue to resonate for many women who can relate to the struggles portrayed.

The harrowing pieces within the play on rape, abortion, domestic violence, and abandonment have the power to touch the lives of viewers, as many women have unfortunately dealt with them at some point in their lives.

Shange allows the audience to live these dark moments, and show them that they are strong enough to make it through. As the script says at the opening of the play, “& this is for colored girls who have considered suicide but moved to the ends of their own rainbows.”

In the introduction to the second publication of For Colored Girls, Shange wrote that “the poems introduce the girls to other kinds of people of color, other worlds. To adventure, kindness, and cruelty. The cruelty that we usually think we face alone, but we don’t. We discover that by sharing with each other we find the strength to go on.”

Despite some of the difficult themes, there is also a great sense of love and empowerment. 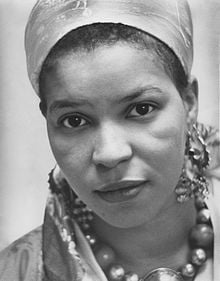 A message comes through — you’re not alone

While witnessing these ladies break down from the horrific events they face, we notice that they never go through it alone. For women of color who have been in similarly dark place in their lives, this play’s power is to convey that you’re not alone.

The script is extremely intense, especially in scenes where the audience learns about the rape of Lady in Green and the heart-wrenching moment when we learn that Lady in Yellow tested positive for HIV.

When one lady is speaking, the rest of the cast remains on stage and occasionally interrupt the speaker to ask a question. It’s as though they are having a conversation rather than reciting monologues, allowing the audience to realize that these experiences are universal.

The emotions of these women are quite raw, as they seem to shed real tears —  the audience can forget that they’re watching a production. The impeccable acting and powerful language captivates viewers and moves them to genuinely feel each woman’s pain.

Through dance and music (as well as poetic dialog), For Colored Girls addresses social issues  for women and girls who have felt marginalized, traumatized, or were stuck in a place of judgment by an unforgiving world for being women of color.

Shange’s words were, and are still, revolutionary. Her play speaks to all women of color who have been affected and allows them to find themselves through Shange’s choreopoem to this day as it still remains relevant.

In 2019, this is a powerful reminder that women of color are still mistreated and silenced by society. The #MeToo movement of 2018 proved just how often sexual abuse of women occurs. The hashtag was used over five hundred thousand times over the course of twenty-four hours after actress Alyssa Milano first tweeted the phrase.

Lady in Red ultimately steals the show with the recital of a night with beau Willie Brown. In this scene, Lady in Red tells the story of her dysfunctional family with her boyfriend who is dealing with PTSD and constantly abusing her and her children.

The play was updated in 2010 and included references to the Iraq War as a way to address the same systematic failures that Shange was trying to bring to light in the 1970s.

“I found god in myself and I loved her fiercely”

The play ends with a laying of hands monologue as the ladies come together to express what they are missing. Lady in Purple finally says the iconic line, “through my tears I found god in myself and I loved her fiercely.”

All the ladies softly recite these lines as they close into a circle with each other. We are reminded of the fact that these social problems started deep in our history and continue to remain present in our world today. 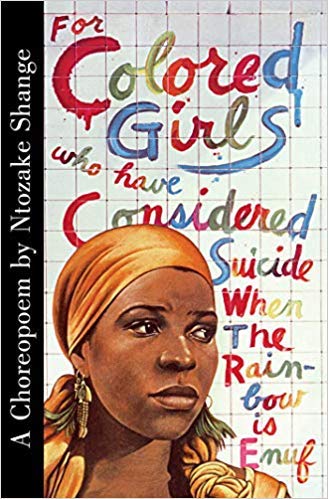 Here is the 1976 New York Times review of For Colored Girls after it premiered on Broadway, detailing its journey from very small stages to finally arrive on Broadway. For Colored Girls was nominated for a Tony, Grammy, and Emmy. The play was updated in 2010 with a section called “Positive.”