Empowering Quotes by Ntozake Shange, Author of For Colored Girls 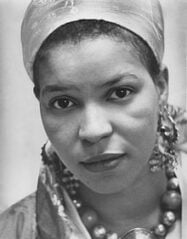 Ntozake Shange (1948 – 2018) was an African American playwright, poet, and feminist. She is best remembered for her 1975 Obie Award-winning choreopoem, For Colored Girls Who Have Considered Suicide / When the Rainbow is Enuf. Following is a selection of inspiring and empowering quotes by Ntozake Shange, a valiant and unapologetic talent.

Born in Trenton, New Jersey, she was the oldest of four children in an upper-middle-class family. She attended a white school where she endured racial attacks to receive a “quality” education. Shange’s family pushed her to find an artistic outlet which was how she discovered her love for poetry.

Heartbreak and racial attacks were influences in her work, which spans several genres addresssing injustice, violence, and oppression. Though her choreopoems have been criticized for using African American dialect and one-sided attacks on black men, many value her work for its flair and lyricism.

“The slaves who were ourselves had known terror intimately, confused sunrise with pain, & accepted indifference as kindness.”

“Creation is everything you do. Make something.” 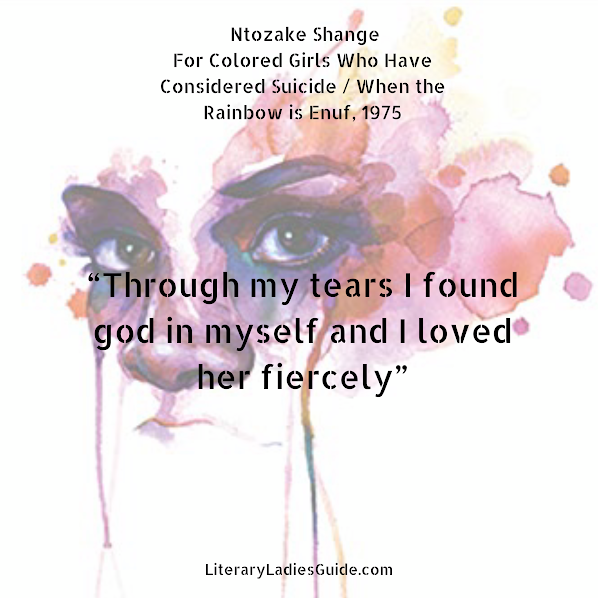 Quotes from For Colored Girls Who Have Considered Suicide / When the Rainbow is Enuf, 1975

“Through my tears I found god in myself and I loved her fiercely.”

“And this is for Colored girls who have considered suicide, but are moving to the ends of their own rainbows.”

“I started writing because there’s an absence of things I was familiar with or that I dreamed about. One of my senses of anger is related to this vacancy — a yearning I had as a teenager … and when I get ready to write, I think I’m trying to fill that.”

“somebody/ anybody sing a black girl’s song bring her out to know herself to know you but sing her rhythms carin/ struggle/ hard times sing her song of life she’s been dead so long closed in silence so long she doesn’t know the sound of her own voice her infinite beauty she’s half-notes scattered without rhythm/ no tune sing her sighs sing the song of her possibilities sing a righteous gospel let her be born let her be born & handled warmly.”

“Being alive and being a woman is all I got, but being colored is a metaphysical dilemma I haven’t conquered yet.”

“my spirit is too ancient to understand the separation of soul & gender.” 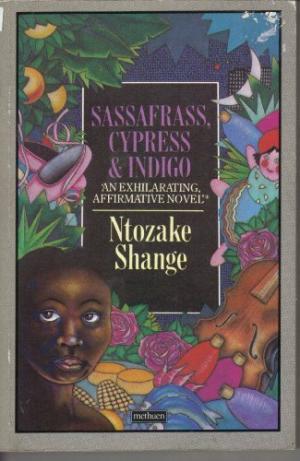 Quotes by Ntozake Shange from other works & interviews

“Right now being born a girl is to be born threatened.”

“I write for young girls of color, for girls who don’t even exist yet, so that there is something there for them when they arrive. I can only change how they live, not how they think.” – “Back at You,” Interview with Rebecca Carroll, 1995

“I’m a firm believer that language and how we use language determines how we act, and how we act then determines our lives and other people’s lives.” – “Shange’s Men: For Colored Girls revisited, and Movement Beyond,” Interview with Neal A. Lester, 1992 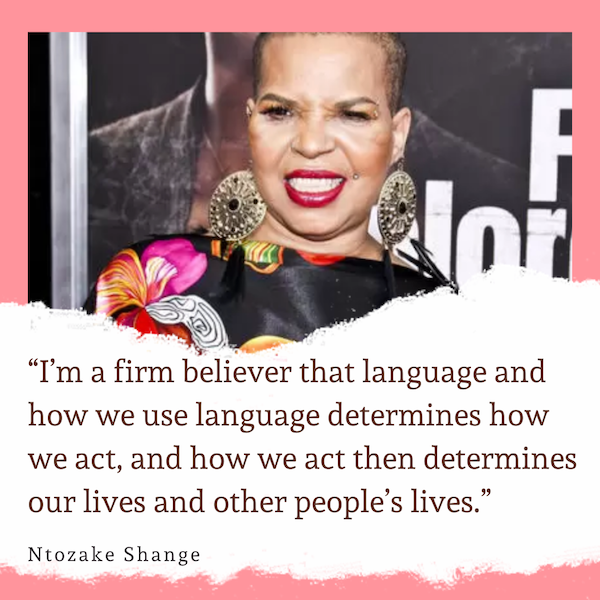 “I am gonna write poems til i die and when i have gotten outta this body i am gonna hang round in the wind and knock over everybody who got their feet on the ground.” –  “Advice,” “Nappy Edges,”  1979

“When I die, I will not be guilty of having left a generation of girls behind thinking that anyone can tend to their emotional health other than themselves.”

“I’m committed to the idea that one of the few things human beings have to offer is the richness of unconscious and conscious emotional responses to being alive … The kind of esteem that’s given to brightness/smartness obliterates average people or slow learners from participating fully in human life, particularly technical and intellectual life. But you cannot exclude any human being from emotional participation.”

“Our society allows people to be absolutely neurotic and totally out of touch with their feelings and everyone else’s feelings, and yet be very respectable.”

“When words & manners leave you no space for yourself
make
very personal
very clear
& your obstructions will join you or disappear.”

“I hit my head against the wall because I don’t want to know all the terrible things that I know about. I don’t want to feel all these wretched things, but they’re in me already. If I don’t get rid of them, I’m not ever going to feel anything else.”

“one thing I don’t need is any more apologies i got sorry greetin me at my front door you can keep yrs i don’t know what to do wit em they don’t open doors or bring the sun back they don’t make me happy or get a mornin paper didn’t nobody stop usin my tears to wash cars cuz a sorry.” – “Sorry”

“in our ordinaryness we are most bizarre.” – “Combat Breathing”

“nice is such a rip-off.” – Plays from the New York Shakespeare Festival, 1986 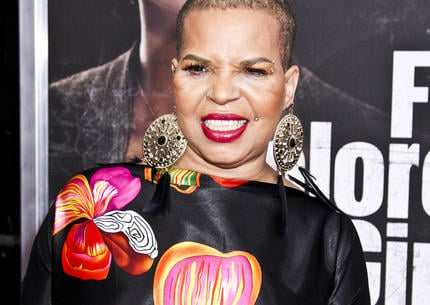