How can a writer deal with failure? 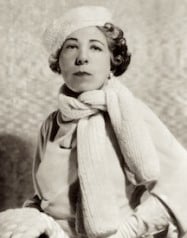 Dear Literary Ladies,
So many creative people are afraid to share their work with the world because they can’t risk failing. What words of wisdom can you offer to those of us who are willing to take that risk, and to bear inevitable failures with as much grace as possible?

In the working-day life of a professional writer success or failure is very likely to sum up much the same at the end. I don’t mean that failure is as pleasant as success. I’ve known both. Success stimulates the glands, revivifies the spirits, feeds the ego, fills the purse.

Failure is a depressing thing to face. The critics rip your play to ribbons, audiences refuse to come to it; reviewers say your book is dull, or trite, readers will not buy it. You read these things, you hear them, you face them as you would face any misfortune, with as good grace as you can summon.

Success or failure, you go on to the next piece of work at hand. There may be a day of brooding or sulking or self-pity or resentment. But next morning there’s coffee and the newspaper and your typewriter, and the world. What’s done is done. Win or lose, success or failure, all’s to do again. If a lawyer or a doctor or a merchant or an engineer fails at a task it is, usually, a matter of private concern.

But the failure of a playwright, an actor, a novelist, a musician, is publicly and scathingly announced and broadcast and published over an entire continent and frequently the whole civilized world.

Often the terms of that announcement are cruel, personal, or even malicious, though this last is rare. Yet next day or next week, there he is, writing, acting, singing, or playing again. That’s being a craftsman. 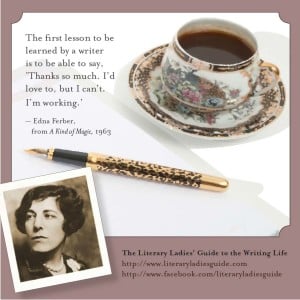