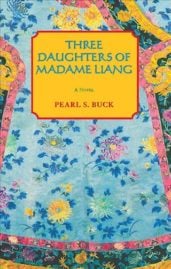 Three Daughters of Madame Liang by Pearl S. Buck is a 1969 novel in the tradition of her colorful and vivid China stories. This one is takes place in China around the time of the cultural revolution.

Madame Liang is the proprietor of a fashionable restaurant in Shanghai, serving the top echelon of the city. She sends her three daughters to America to be educated, with varying and dramatic results.

Grace, Mercy, and Joy are torn between loyalties to their home country and their adopted one. Here’s a review of this engaging novel from the time of its publication date:

From the review by Louise Zerchling of The Three Daughters of Madame Liang by Pearl S. Buck in the Sioux City Journal, August, 1968:

There’s no one in America who has a deeper comprehension of and compassion for Asian culture that Pearl Buck, who’s knowledge of the China of the past enables her to understand the China of today.

Pearl Buck’s prolific writing continues through the years at an amazing pace with her translations, biographies, and historical novels of China. In recent years her books have reflected her concern over the Asian sides of American men or the half-Asian, forsaken children of the Far East, such as Letter from Peking.

A modern view of China

Her newest novel, The Three Daughters of Madame Liang, returns the reader to China — but a far different China than that of The Good Earth, Miss Buck’s Pulitzer Prize-winning novel of 1931.

Most Americans unfortunately are only vaguely aware of China’s great history. Pearl Buck’s Imperial Woman, the fascinating tale of the last Manchu dynasty, and My Several Worlds, a combination of autobiography and recent Chinese history, perhaps should be required reading prior to The Three Daughters of Madame Liang,

“I forgive my people,” Madame Liang told one of her daughters concerning her Communist countrymen, “first, because they are trying very hard to achieve stability, and second, because all that they do and feel and say is the result of history.”

Wise and beautiful Madame Liang, despite Communist intrigue and austerity, managed to remain proprietor of a fashionable restaurant in China. The product of an old, more gracious China, she somehow preserved her elegant lifestyle amid the harsh conditions of the regimented state.

Nevertheless, Madame Liang sent her three daughters to live in America with American friends forced to flee China when the Communists came into power. Madame Liang could view the long-term with serenity, but she feared her daughters’ safety should they return to China. 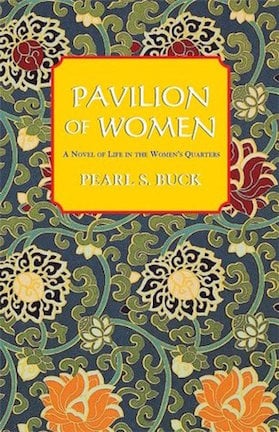 The return of two daughters

But return they did — two of them, at least. Grace, the eldest, a gifted scientist, was the first to return when she was ordered home by the Communists. She was soon followed by Mercy, who, with her scientist husband, “defected” to China with high hopes for an idealistic future. Only sunny, gentle Joy remained in the United States.

“You will be shocked by the changes,” Madame Liang warned Mercy, “and you will be rebellious, angry, and frightened unless you remember, steadfastly, that there is no real change.”

She told Grace, “Without hope of other leaders, our people have lent themselves with whole heart to the new effort. But the real revolution must take place in the hearts of the people.

In a few years we are trying to change the thoughts, the habits, the principles — to make a new people out of the oldest in the world. They are a good people, but desperate, for all roads save this one have been destroyed.” 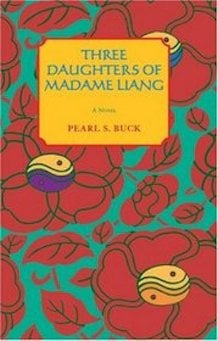 The forces of past and present clash

Entangled in the forces of the past and present which are Communist China, Mercy and Grace finally found their futures through conflict.

The tragedy, however, was the shocking climax for Madame Liang, whose faith was steadfast in the enduring qualities of China. That faith may have been a prophetic vision, but for her it was a tragic error.

Pearl Buck again has proven her great storytelling abilities, not dimmed by her use of Madame Liang to speak the author’s own views.