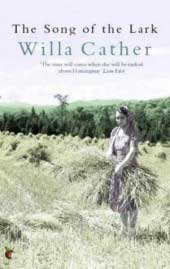 The Song of the Lark by Willa Cather, published in 1915, was the third of her twelve novels. It traces the artistic development of Thea Kronberg from Moonstone, her hometown in the desert of Colorado, to the stage of New York’s Metropolitan Opera House.

Thea Kronborg has a dream of becoming a world-class singer. Born into the family of a Swedish Methodist minister in the Colorado village of moonstone, she has a beautiful voice, a driving ambition, and an innate sense of what is true and fine. She sees the surroundings in which she is growing up in as cheap and tawdry, though it’s a part of the booming American West.

The novel story arc follows Thea from her girlhood, when her ambition takes root, to achieving the stature of prima donna at the age of thirty. Thea’s sole focus is on her aspiration to artistic perfection. Her passion for artistic perfection informs everything she does.

The fictional Thea’s professional achievements were inspired by the real-life career of the Wagnerian soprano Olive Fremstad. In 1913, Willa Cather was assigned to write an article for McClure’s magazine about three American opera singers, Louise Homer, Geraldine Farrar, and Olive Fremstad.

Willa had already been planning to write a book about an opera singer, and it was fortuitous that she got to meet the three singers for her interviews. Of the three women, it was Fremstad who interested her most, and she zeroed in on trying to discern what it had taken from the Swedish Fremstad to become a true artist. 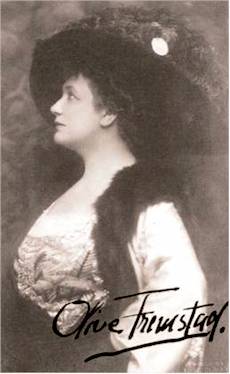 “The Song of the Lark is the story of an artist’s growth and development from childhood to maturity. More particularly—and decidedly more rarely—it traces the development of a female artist supported by a series of male characters willing to serve her career.

Inspired by Willa Cather’s own development as a novelist and by the career of an opera diva, The Song of the Lark examines the themes of the artist’s relationship with family and society, themes that would dominate all of Cather’s best fiction.”

An original 1915 review of Song of the Lark

From the original review in The State Journal, Raleigh, NC, December, 1915:Willa Cather’s The Song of the Lark is a book which merits more than ordinary notice. The story is easy to summarize, because it is so simple, so entirely the story of the development of a single personality.

Thea Kronborg, born into the family of a Swedish Methodist minister in a Colorado village, has a voice, an ambition, and a native sense of the true and fine — qualities all in contrast with the cheapness and tawdriness about her.

Two or three childhood friends who have faith in her suffice to fix her determination. From the time in her early girlhood, when her ambition takes definite form, to her triumph as a prima donna at thirty, her whole life is moulded by her supreme desired for artistic perfection.

She has the help of a few sympathetic friends; but she also has oppressive discouragements — her own crudeness and ignorance, criticism and lack of understanding on the part of her family, poverty, and, perhaps worst of all, the cheap success around her, the eclat of superficial art, of voices without brains or artistic feeling behind them.

Through it all she clings to her ideal, and in the end has the satisfaction of winning not only the recognition of the larger public, but also the unstinted praise of the few who really know and understand her and her ideal.

Merits and faults of the novel

The story has its blemishes. The characterization is sometimes labored; the concluding section is too long-drawn-out; the duplicity of Thea’s lover is inconsistent and has the effect of an artificial device.

But these are faults that are easily forgiven in consideration of the story’s merits: its seriousness and utter sincerity, its painstaking workmanship, its large free pictures of the Western plains and the Arizona canyons, the simplicity and restraint with which the more emotional parts are handled. 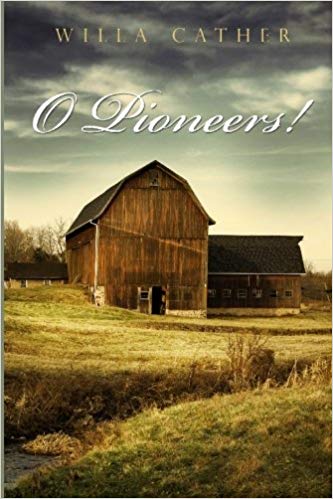 The Novels of Willa Cather, Master of American Literature

Quotes from The Song of the Lark

“Nothing is far and nothing is near, if one desires. The world is little, people are little, human life is little. There is only one big thing—desire. And before it, when it is big, all is little.”

“Her secret? It is every artist’s secret — passion. That is all. It is an open secret, and perfectly safe.”

“I only want impossible things,” she said roughly. “The others don’t interest me.”

“Artistic growth is, more than it is anything else, a refining of the sense of truthfulness. The stupid believe that to be truthful is easy; only the artist, the great artist, knows how difficult it is.”

“People live through such pain only once. Pain comes again—but it finds a tougher surface.”

“There are some things you learn best in calm, and some in storm.”

*These are Bookshop Affiliate and Amazon Affiliate links. If a product is purchased by linking through, Literary Ladies Guide receives a modest commission. Affiliate commissions help to maintain our site and keep it growing!