The Home-Maker by Dorothy Canfield (1924) 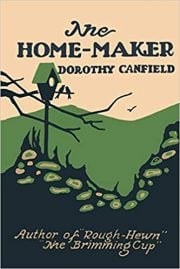 An ahead-of-its-time novel, The Home-Maker by Dorothy Canfield Fisher (at the time known as Dorothy Canfield), published in 1924 by Harcourt, Brace & Co., imagined a domestic role-reversal.

Quite a rare set of circumstances to consider in its time, Evangeline and Lester Knapp were both going through the motions of their proscribed gender roles as parents. An accident forced them to reverse roles out of necessity, and from that adversity, their family found strength and happiness.

Dorothy Canfield Fisher (1879 – 1958) was an American author, educational reformer, and social activist based in New England and identified most closely with Vermont. She earned a Ph.D in 1905, was able to speak five languages, and worked for the cause of refugees in Europe.

Canfield Fisher’s body of work included 22 novels and some 18 works of nonfiction. Some of her best known novels included The Brimming Cup, Rough-Hewn, Raw Material, Her Son’s Wife,The Deepening Stream, and Understood Betsy. She was also a prolific author of nonfiction and essays.

From the publisher of the Audible edition of The Home-Maker

Evangeline Knapp’s neighbors are in awe of her prowess. She re-upholsters furniture and can take scraps of fabric and create a beautiful garment. Her house is always immaculate and her children are beautifully behaved – except for the stubborn youngest, but with Eva’s strength of will, they’re certain she’ll sort him out in time.

The neighbors don’t know that in her frenzied zeal to create the perfect home, her children live in dread of her temper. She loves them, but she can’t stand having to remind them constantly about the same things, simple rules easy enough for anyone to understand. Eva can’t abide childishness.

Her husband Lester is no less miserable in his job as a department store accountant, sacrificing his love of literature and poetry to the daily grind of commerce. Lester can’t seem to get ahead and feels like a failure. Shouldn’t a man be able to provide better for his family? Isn’t that his job? When a near fatal accident forces these two to switch roles, each finds their true calling. Then fate steps in again.

As with her children’s classic Understood Betsy, Dorothy Canfield Fisher brilliantly explores the inner lives not only of the parents but the three Knapp children. An early champion of the Montessori Method, the author stresses that children should learn by doing, should be allowed to fail at tasks so they can experience the triumph of success and discover their strengths. The Home-Maker proves that the same holds true for adults, that biology should not determine destiny. 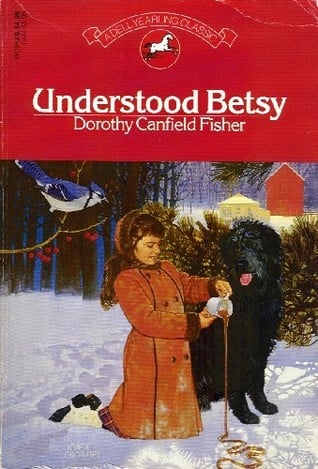 A 1924 review of The Home-maker by Dorothy Canfield

From the original review in the Austin-American Statesman, August 24, 1924: It would be unjust to dismiss Dorothy Canfield’s new novel, “The Home-maker,” with the bare statement that it is merely another novel about the dissatisfied modern woman.

Out of a flood of such novels, however, there is some satisfaction in discovering one that delves into the subject from an entirely new angle and brings to light an entirely different opinion. In this case the author has solved her problem, and is probably justified in doing so because the characters themselves justify a solution.

Lester Knapp is an ordinary bookkeeper who hates his work, hates his associates, and hates the very air of commercialism. He is incompetent because he is a dreamer and has no interest whatsoever in his work. There was a time when he wrote poetry, and he still possesses that dreamer’s interest in aesthetic beauty.

He is a misfit. and simply does not possess the prerequisites that might assist him to an adjustment to his environment. Dreaming of the luxury of having nothing to do but sit back and read poetry and be carried away by its beauty. and chafing under the strain of never having an opportunity to indulge this desire.

Lester Knapp, through a change in the management and ownership of the establishment where he is employed, sees the promotion of a man who is a sort of rival. Going home he contemplates ending his life; his predicament is solved tor him when a neighbors’ house catches on fire. During the confusion, Lester falls from the root and is carried home, hurt and helpless.

Eva Knapp, Letser’s wife, is equally dissatisfied with the trials of home life. Her husband’s accident to husband opens the way tor her to seek a means of livelihood in the world of business. She gets a position in the establishment where her husband was formerly employed, and her delight with the work, coupled with her unusual character, brings rapid promotion and satisfaction to her.

Now forced to stay home and confined to a wheelchair, Lester becomes for the first time truly interested in the children. He studies them — their desires, their needs, and their interests. He strives to become a companion to them, and is surprised at the resulting revelations that unfold — not only about his children, but about himself.

He also makes a study of housekeeping. He prefers this new occupation, and for the first time since his college days finds time to enjoy poetry. Where he had made a failure his wife makes a success; and where she had been for the most part a failure, he had made a success.

The climax of these new circumstances comes when the family physican says that he can cure Lester of his malady. But Lester has already discovered that fact for himself and has rebelled at the very thought of being cure because he knows it means he will have to go back to the world of commerce. Conventions, after all, must be satisfied; the man of the family must be the breadwinner.

Eva does not want him to be cured, for she knows that it would mean her return to the drudgery of home life. Even the children, Helen, Henry, and little Stephen, do not want to lose the wonderful companionship of their father, which has come to mean so much to them.

The outcome of this entanglement is admirably and dramatically handled by Dorothy Canfield. The author has an uncanny way of making everything work out. That’s really the only disagreeable feature of the novel. By turning everything precisely around, all the difficulties of the Knapp family are too neatly, and completely, resolved.

For the rest, the novel is truly admirable. The characters are superbly drawn. Eva is, as one female reader remarked, exactly like dozens of women she knows. Anyone who understands the spirit of a poetic nature understands Lester Knapp. And, perhaps best of all. the author knows children and understands them. Her portrait of the Knapp children is admirable and touching. 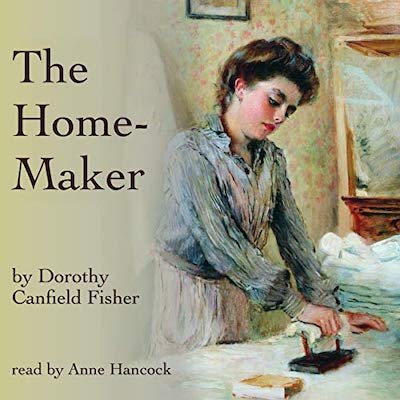