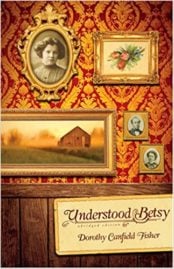 Understood Betsy by Dorothy Canfield Fisher has delighted generations of young readers since it was published in 1917. A tale of a young girl’s growth toward independence, it has been reissued in numerous editions, proving its timelessness. The 1999 edition from Henry Holt and Co. described the book in brief:

“For all of her nine years, fragile Elizabeth Ann has heard her Aunt Frances refer in whispers to ‘those horrid Putney cousins.’ But when her aunt can no longer care for her, Elizabeth Ann is forced to leave a sheltered life to live in the wilds of Vermont with distant relatives.

In the beginning, Elizabeth Ann is shocked by country living — pets are allowed to sleep in the house and children are expected to do chores! But with country living comes independence and responsibility, and in time Elizabeth Ann finds herself making friends and enjoying the company of her newfound family.

When the year is up and Aunt Frances comes to get her niece, she discovers a healthier, prouder girl with a new name — Betsy — and on new outlook on life.”

Dorothy Canfield Fisher was a social and educational reformer in addition to being a writer. She was also instrumental in bringing Montessori education to the U.S. Understood Betsy, one of her more enduring titles, encapsulated her theories on childrearing. The book garnered the praise of reviewers, as seen in the typical review below from the year in which it was published. 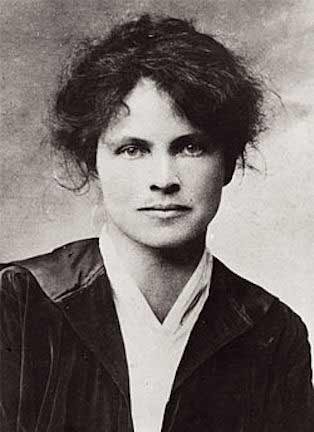 The care and training of children

From the original review in the San Francisco Chronicle, September, 1917: Dorothy Canfield, who in private life is Mrs. Dorothy Canfield Fisher, has done excellent work in Understood Betsy, a romance of the care and training of children which should appeal to readers of all ages.

As a story, it is much less than The Bent Twig, but the slenderness of the romance is more than compensated by a charm of treatment which defies description, and by some brilliant characterizations.

It is above all else a book to be enjoyed, but the enjoyment will be heightened by the consciousness that it is bound to serve a useful purpose in correcting the mistakes of those who are so intent upon understanding children that they make them a misery to themselves and to others.

Infant psychology is a very useful study, but there are nervous, over apprehensive maiden aunts who are mentally and temperamentally unfitted to master its intricacies, and who, therefore, would do ever so much better if they were to fall back upon good, old-fashioned common sense. 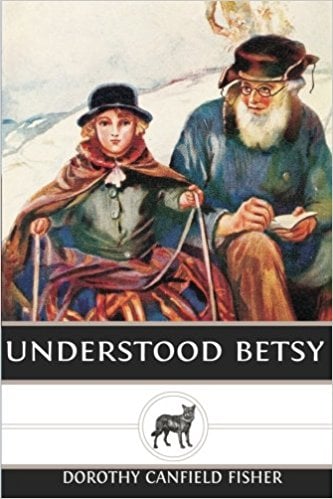 Elizabeth Ann, the heroine, is introduced to the reader as a little girl of nine living with a great-aunt in a medium-sized state in the middle of this country. She was under the care of Aunt Frances, who gave piano lessons to little girls, and who was small and thin, “and if the light was not too strong might be called young.”

With that in their minds, was it any wonder that Betsy became a wreck? “As soon as the baby came to live there Aunt Frances stopped reading novels and magazines and reread one book after another which told her how to bring up children. And she joined a Mothers’ Club which met once a week. And she took a correspondence course in mothercraft from a school in Chicago which teaches that business by mail.

So you can see that by the time Elizabeth Ann was 9 years old Aunt Frances must have known all that anybody can know about how to bring up children. And Elizabeth Ann got the benefit of it all.”

Alas, she did, and in consequence became a delicate, bloodless, morbid little egotist. In fact, she was just about being “understood” into her grave or into a chronic misfortune when happily she came under the care of common sense, practical people who did not take correspondence courses in mothercraft, who did not lose sleep trying to understand Betsy, but just made her do the things that were good for her health and character.

It went a trifle hard with Elizabeth Ann — now called Betsy — at the beginning, but she soon outgrew the evil effects of silly coddling and became strong, taking a pleasure in life and proving a source of pleasure to others.

This is merely the skeleton of Understood Betsy, but it is sufficient to indicate the scope which Mrs. Fisher has taken for her inimitable art. It is a book for mothers as well as for maiden aunts should be placed in every home in which there is a delicate or spoilt child whose misfortune appears to be the result of unintelligent attempts to understand it.

“Not a thing had happened the way she had planned, no, not a single thing! But it seemed to her she had never been so happy in her life.”

“It is possible that what stirred inside her head at that moment was her brain, waking up. She was nine years old, and she was in the third-A grade at school, but that was the first time she had ever had a whole thought of her very own.

At home, Aunt Frances had always known exactly what she was doing, and had helped her over the hard places before she even knew they were there; and at school her teachers had been carefully trained to think faster than the scholars.

Somebody had always been explaining things to Elizabeth Ann so carefully that she had never found out a single thing for herself before. This was a very small discovery, but it was her own.”

“A dim notion was growing in her mind that the fact that she had never done a thing was no proof that she couldn’t.”

“’Why, what’s the matter?’ asked the teacher again. This time Elizabeth Ann didn’t answer, because she herself didn’t know what the matter was. But I do, and I’ll tell you.

The matter was that never before had she known what she was doing in school. She had always thought she was there to pass from one grade to another, and she was ever so startled to get a little glimpse of the fact that she was there to learn how to read and write and cipher and generally use her mind, so she could take care of herself when she came to be grown up.”