To the Lighthouse by Virginia Woolf (1927) 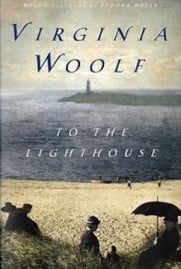 Virginia Woolf (1882 – 1941) is recognized as one of the most groundbreaking modernist authors of the twentieth century. She is perhaps most widely known for iconic novels like Mrs. Dalloway (1925) and her semi-autobiographical novel, To the Lighthouse (1927).

To the Lighthouse was Woolf’s fifth novel, and has remained one of her most highly regarded works.

Inspired by recollections of her childhood summers spent on the Cornwall coast, To the Lighthouse depicts the fictional Ramsey family and their assorted house guests spending a vacation in the Hebrides, on the island of Skye.

The first part of the novel, “The Window,” finds six-year-old James Ramsey eagerly awaiting a promised trip to the nearby lighthouse, a promise not to be fulfilled until ten years later when, in the third section, “The Lighthouse,” James is nearing adulthood and many of the other characters have disappeared.

Bridging the sections in the book is “Time Passes,” with Woolf’s characteristic stream-of-consciousness technique at its most lyrical and powerful.

It’s where we find out what has happened to the missing members of the group. By the close of the novel, reconciliation with the ghosts of the past has been achieved.

Woolf’s distinctive technique enables her to portray the interior lives of the characters and depict the montage-like imprint of memory.

The novel includes very little dialogue and action but instead relies upon the thoughts and observations of the characters as the plot unfolds through shifting perspectives of each character’s consciousness.

This startling — and intentionally autobiographical — portrait of the complex inner workings of a family has been hailed as one of the greatest novels of the century. E.M. Forster commented in eulogizing her in 1941 that Woolf had “pushed the light of English language a little further against the darkness.” 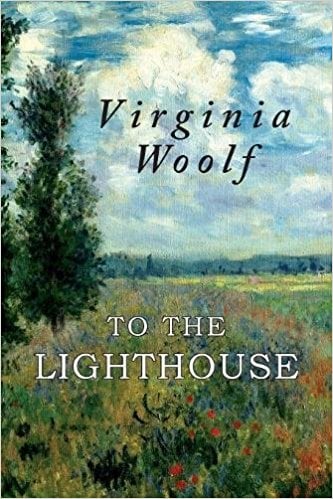 An original 1927 review of To the Lighthouse

Virginia Woolf’s To the Lighthouse, from the Hartford Courant, June 5, 1927: Of all the exponents of what we may term, for convenience’s sake, the formless or fluid school of novelists, Mrs. Woolf is the most reasonable and the most readable.

She has perfected her chosen medium into a thing of actual artistic beauty, and many readers find a fine satisfaction in her work. To others, cleverly handled and intelligently executed though it be, Mrs. Woolf’s artistic formula of the novel is disturbing.

To the Lighthouse is, speaking broadly, a character study, divided into three parts: Part I, The Window, fills two-thirds of the book and is entirely devoted to one day in the life of Mrs. Ramsey, and a group of people surrounding her.

Part II, called Time Passes, supposedly spans an interval period of ten years and then comes Part III, The Lighthouse, and there again we have the spiritual narrative, so to speak, of a single day—not in the life of Mrs. Ramsey, who is dead, but of many persons whose lives Mrs. Ramsey, consciously or unconsciously, influenced.

Now, this sort of thing is immensely interesting as an experiment in literary technique, in the possibilities of the novel form, but one doubts if it can ever supersede the more conventional form in which the bulk of novels, from the greatest to the least, have been, and now are written.

In the last analysis, the ultimate in any phase of art must be selection—it is impossible to reproduce any coherent impression of everything, everywhere, all at once.

In a sense the Window section of To the Lighthouse is like a decent Ulysses, only that Mrs. Woolf keeps her artistic resources properly in hand, she does not let the fluidity of her medium liquify into mere mad incoherence.

“The Window” is an attempt to put the reader inside Mrs. Ramsey’s mind, to let him share her thoughts, her shifting glancing impressions, and hear her spoken works. And all this is set in a huge interwoven tapestry of background, and the little household in the Hebrides becomes vividly actual and real.

Yet it is a question whether this probing and delving into the inner consciousness of a given character, gives that character a continuing vital existence in the mind of the reader, such as the men and women in certain books of the older tradition carry with them.

Do we actually know charming, whimsical, keen-witted Mrs. Ramsey, any better through following her thoughts, than we know, for example, Hardy’s Eustacia Vye, who is presented and revealed to us according to the older tradition?

It is significant that Mrs. Woolf is forced, at times, to convey bits of pertinent information, necessary to the enlightenment of the reader, in curt, clean-cut sentences which are bracketed. The entirely unforeseen news of Mrs. Ramsey’s death is so imparted.

Mrs. Woolf is an artist, and her artistic manner is interesting, —but after an hour with “To the Lighthouse,” what sheer relief it is to take up, quite at random, a volume of Hardy, or Trollope, or, to be entirely of our own day, if Galsworthy or Sheila Kaye Smith.

To the Lighthouse suggests many similarities between the plot of the story and Woolf’s own, real life. Despite debilitating battles with mental illness throughout her life, she wrote the novel as a way of dealing with unresolved issues of the past concerning her parents.

Woolf’s sister disclosed parts of the novel were very descriptive of their late mother, who died when Virginia was just thirteen years old. Other parts of the novel emulated traits of Woolf’s father, who, like Mr. Ramsey threw himself into a pit of darkness and despair after the death of his wife.

The primary setting of the story on Hebridean Island was also inspired by Woolf’s summer home in St. Ives, where she and her family regularly went on holiday until Virginia was ten years old. 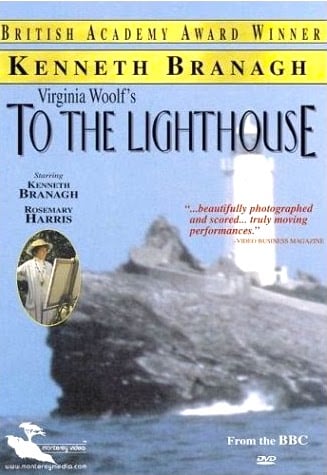 1983: The first-ever television film adaptation of Woolf’s classic novel was filmed and released on March 23, 1983, in the United Kingdom. The BBC film was adapted by Hugh Stoddart and directed by Colin Gregg.

Rosemary Harris, Michael Gough, and a twenty-two-year-old Kenneth Branagh star in the adaptation of Woolf’s novel about a close-knit family who finds their relationships unraveling during their extended summer holiday.

This movie earned a 56% audience score on Rotten Tomatoes, and a 3.6 average rating out of 5. It was nominated for a British Academy of Film and Television Arts (BAFTA) award in the Best Single Drama category in 1984, just a year after the film’s release date. 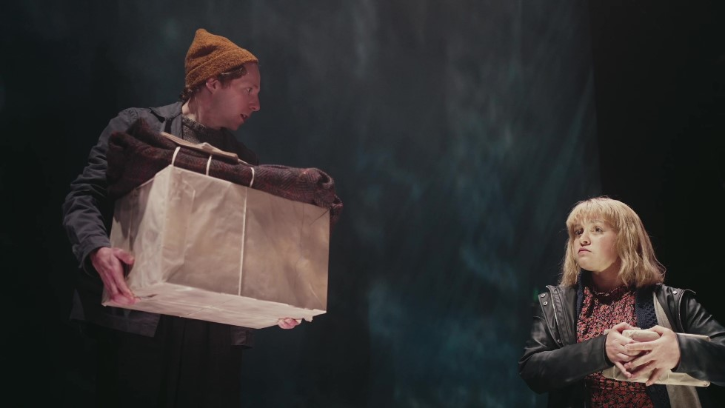 2021: A digital stage production of Virginia Woolf’s To the Lighthouse premiered for the first time in Dublin, Ireland. Produced by the Hatch Theatre Company, the film was adapted by Ireland’s foremost playwright, Marina Carr, and directed by award-winning director, Annabelle Comyn.

It was broadcasted worldwide on June 25, 2021 as part of the Cork Midsummer Festival in Cork, Ireland, and starred Maura Bird, Gillian Buckle, and Colin Campbell.

The production was a critical hit despite Woolf’s ambiguous narration, lack of dialogue, and direct action throughout the novel. Carr’s adaptation received several acclaimed reviews, with one from The Guardian praising its “fierce and comic thoughts spoken out loud… In director Annabelle Comyn’s beautifully orchestrated production.”

Quotes from To the Lighthouse

“For it was not knowledge but unity that she desired, not inscriptions on tablets, nothing that could be written in any language known to men, but intimacy itself, which is knowledge.”

“When life sank down for a moment, the range of experience seemed limitless.”

“Perhaps it was better not to see pictures: they only made one hopelessly discontented with one’s own work.”

“A sort of transaction went on between them, in which she was on one side, and life was on another, and she was always trying to get the better of it, as it was of her.”

“It seemed to her such nonsense-inventing differences, when people, heaven knows, were different enough without that.”

“The spring without a leaf to toss, bare and bright like a virgin fierce in her chastity, scornful in her purity, was laid out on fields wide-eyed and watchful and entirely careless of what was done or thought by the beholders.”

“For one’s children so often gave one’s own perceptions a little thrust forward.”

“I suppose that I did for myself what psychoanalysts do for their patients. I expressed some very long felt and deeply felt emotion. And in expressing it I explained it and then laid it to rest.”

Contributed by Anna Fiore: Anna is a 2021 graduate of SUNY-New Paltz, majoring in Communications, with a concentration in Public Relations and a minor in journalism.