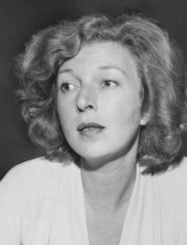 Martha Gellhorn was a fearless war correspondent who reported on nearly every major conflict at a time when such female journalists were a rarity.

Her debut as a novelist wasn’t auspicious. What Mad Pursuit was generally panned by critics, if it got any attention at all. One called it “palpable juvenilia;” another stated that it was “a rather futile book.

The story of three college friends seeking fulfillment, meaning, and sexual adventure meet mostly with disappointment — and an STD.

Gellhorn herself was disappointed with the book’s reception. It was never reprinted, and she actually rarely listed it among her published works.

She didn’t dwell on the books’ failure, just as she didn’t dwell on her fairly brief failed marriage to Ernest Hemingway. She continued to produce many books — fiction, nonfiction, and memoir — in addition to conducting her courageous reporting from war fronts.

Typical of the reception for this book is this original review of What Mad Pursuit by Martha Gellhorn in the Brooklyn Daily Eagle, November 18, 1934:

A rather harsh assessment

I do not know whether or not Martha Gellhorn is a novice in the field of fiction. I do know that her genius is obviously, still in the embryo and will require more development, if what you mad pursuit is to be taken as a sample of her talent.

What Mad Pursuit is the story of three girls in the same boat. The opening chapter shows them at college. The rumblings of the fast approaching storm of discontent grow louder, as the pages turn.

For the climax, our heroines leave college, one under expulsion, one in protest at the other’s summary dismissal, and the third, for no good reason, leads on the bandwagon that leads to nowhere.

How the three ran their life courses fills the major portion of the book. All are driven on by an insatiable desire for elusive piece of the mind and soul, each in her own tortured, tortuous way. Tawdry death by murder in the rooms of her paramour comes to one, affliction with a social disease faces another, and third — in my mind the least striving but most deserving — really finds security.

This book is definitely amateurish. Like a futile lapping of a surgeless lake the procession and recession of climax and anti-climax, fraught with emptiness, leave the reader with an uneasy, dissatisfied mind into better job might’ve been done with material.

I had, when I close the book, an unrequited appetite for actualities that could have been. But never work, generated from the possibilities of What Mad Pursuit. 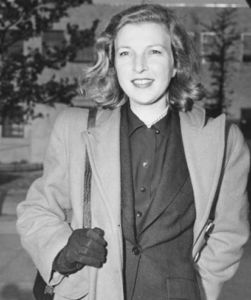 According to What Happened to Martha Gellhorn’s Lost Debut Novel? the book was virtually forgotten until 2012 “when the British Library announced that they’d acquired a rather costly copy.”

The writer in residence who described this acquisition wrote that reading What Mad Pursuit was “a real pleasure.”

Given Gellhorn’s stellar career and reputation, should What Mad Pursuit be given a second look? Considering the rarity of the book, this would require a publisher to step up and print a new edition. 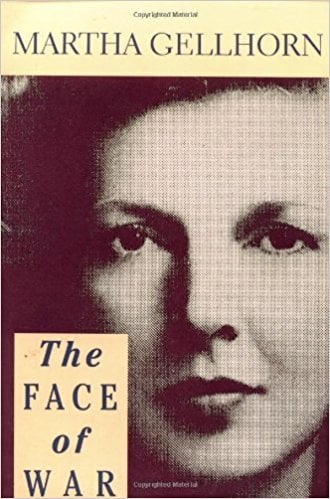