The Giant Wistaria by Charlotte Perkins Gilman – an analysis 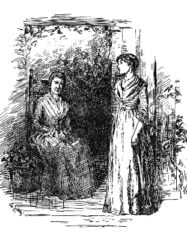 It’s shocking once you’ve finished “The Giant Wistaria” to realize that it was published in 1891, when it seems as if it were written not so long ago.

The story takes place during two time periods, the 1700s and the 1800s. The former century begins with an English family and we’re dropped into the middle of the most scandalous of family dramas — their daughter has just given birth out of wedlock, and the parents are fleeing to England to escape any disgrace to their family name.

Fast toward to the late 1800s; the house from whence they fled is now decrepit and has been virtually swallowed by a gigantic wistaria vine.

A wealthy young couple and their friends happen by, completely enchanted by what they interpret as rustic charm, they assume that it must be haunted and rent it immediately.

As the three couples drink, eat and laugh, they describe the prospect of an eventful summer chock-full of ghosts that hopefully inhabit the house.

After the first evening, their fantasies come to fruition as half of the group awakens to find that they’ve had the same dream of a young woman with a mysterious bundle in her arms and a red cross around her neck. They soon find that their collective dreams were more than a mere case of indigestion (to quote A Christmas Carol). 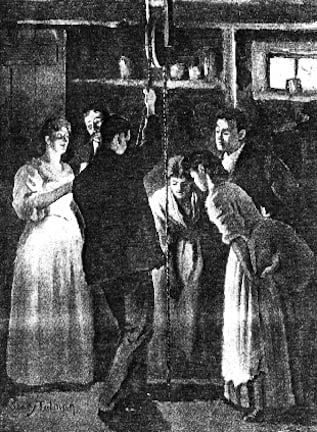 “The Giant Wistaria” is chilling for several reasons. First off, the punch that is delivered is done so in only a few pages; not only is Gilman a feminist, but she’s also a powerful storyteller and is able to intertwine the two seamlessly. Another sobering facet of the story is the juxtaposition of the two time periods, the people who exist in each one, and finally, the full-circle of tragic events.

Gilman was a master of collective human emotions and is able to make you feel guilty and sickened by indirectly referencing class and gender inequality. 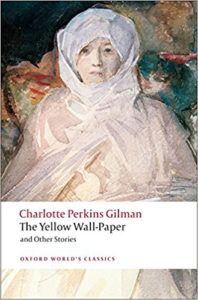