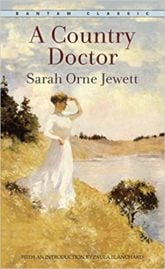 A Country Doctor by Sarah Orne Jewett is an 1884 novel by this American author noted for regional fiction set in Maine. Nan, the main character, is a young woman wants to become a doctor, something that was quite out of the ordinary at the time this novel was published.

The story follows a central character in a narrative, unlike the linked sketches in her best-known book, The Country of the Pointed Firs. But like those linked stories, it’s more episodic than plot-driven.

Jewett was inspired by her own father, who was indeed a country doctor. In her formative years, she learned about human nature by accompanying her father as he did his calls to neighboring farms and villages in South Berwick, Maine.

The following review came out as the book was published in 1884, and gives a contemporaneous view of the story about a woman with the ambition to become a doctor:

Longing for a larger, freer life

From the original review in The Morning News, Wilmington, DE, June 30, 1884: A Country Doctor by Sarah Orne Jewett, is an uneventful narrative of New England life. Adeline Thatcher was one of those New England girls who are born with a distinct longing for a larger, freer life.

She left the home farm and went to one of the more considerable New England towns, became a dressmaker, married a young physician whose family prided itself upon its age and position, quarreled with the members of this family, and upon her husband’s sudden death fled with her baby to her old home, where she arrived just in time to die. It is the life of this baby girl, thus left wit her old grandmother, that occupies these pages.

Deciding to become a physician

A good country physician, who lived in the neighboring village, exercised joint moral guardianship with the grandmother over the child, and when the grandmother died the little girl was taken into his home and was educated under his wise and loving direction.

Finally, when the question of her future presses upon her for settlement, she decides, not rashly nor suddenly, but as a natural consequence of many preceding circumstances, to become a physician.

Afterward she visits her father’s family, is there beset with the question of love and household life, but after some reflection and without struggle adheres to her original purpose, for the execution of which she is now fairly well trained. 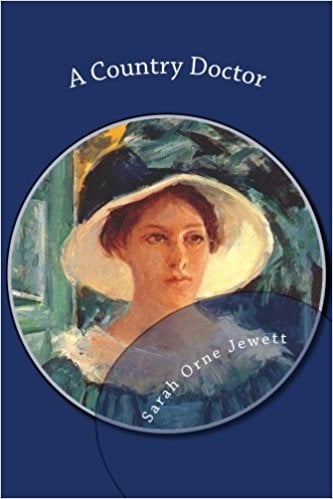 A Country Doctor by Sarah Orne Jewett on Amazon

This is the story. It is not an argument going to show that certain women ought to become physicians; it is rather an explanation of how women now and then rightfully do become physicians. But the charm of the book lies in the manner of doing it rather than in the thing done.

The New England farm life; the unambitious, self-contained and thoughtful life of the good doctor; the quaint, prim, and yet cheery society of old Dunport, with its delightful contrasts of home-staying, methodical women and ocean-bred, roomy-minded men.

Then there is the growth of the little girl under social conditions which are in fact hard and narrow into a broad-minded, generous, resolute woman, solely through the paternal protection and intellectual companionship of the old doctor; these are the pictures and delineations of life that make the book vivid and real.

The little episode of the evening passed in Mr. Martin Dyer’s kitchen by the brothers Jake and Martin, when their ancient prejudice led them to take down the stove and bring the old fireplace again into use, upon the exculpatory plea that the stove ought to be ready “to be carried to the corners in the morning to be exchanged or repaired.”

And that “it was well to keep out the damp,” is a refreshingly quaint and genuine and humorous picture of New England peculiarities; and Marilla, the antique “girl” of Dr. Leslie’s household service that is fast disappearing, but which will always be respected by those who can perceive the actual obedience and tried fidelity underlying its unimportant assumptions of family equality.

It is these sympathetic and accurate delineations of New England life that have given Miss Jewett her reputation, and in this longer story we still find that the greater charm resides in her appreciation of and capacity to reproduce essential features in the unique and fruitful civilization of rural New England. 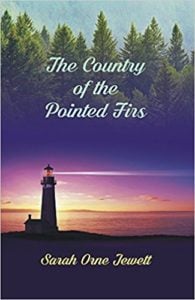 See also: The Country of the Pointed Firs by Sarah Orne Jewett

More about A Country Doctor by Sarah Orne Jewett 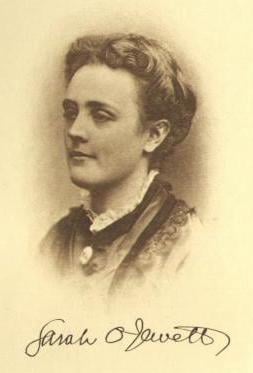 *This post contains affiliate links. If the product is purchased by linking through, Literary Ladies Guide receives a modest commission, which helps maintain our site and helps it to continue growing.