The Battle of The Villa Fiorita by Rumer Godden (1963) 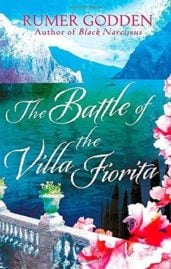 In The Battle of the Villa Fiorita, a 1963 novel by Rumer Godden, this prolific author delves into a universal dilemma — does a mother have the right to pursue love, or should she set those needs aside for the sake of her children?

This story, which centers on Fanny Clavering and her youngest children, Hugh and Caddie, explores this theme. When the children learn that their mother has run off with a new and enticing man, they begin their quest which culminates in the titled “battle.”

Looking at love, infidelity, and divorce through the eyes of adolescents gives this story its charm, and Rumer Godden, in her usual, skillful way, creates characters about whose fate the reader grows to care about.

Her evocative descriptions of the English countryside and the Villa Fiorita on Lake Guarda in Italy demonstrate her talent at evoking a sense of place, something she became famous for in her India novels.

ThoughThe Battle of the Villa Fiorita isn’t as well known as many of Godden’s works, it shares a common trait with a number of her other novels — it was made into a film.

The film of the same name was released two years later, in 1965. Rumer Godden’s new releases, which came at a regular clip, were generally loved by readers and reviewed kindly by critics. This review from the time of its release in 1963 is no exception.

Two children trying to save a broken marriage

From the original review of The Battle of The Villa Fiorita by Rumer Godden, The Shiner (Texas) Gazette, October 1963: This charming novel is about two English children who pick up the pieces of a broken marriage.

The children are Hugh Clavering, just turned 14, and his sister Caddie, 11. They have been brought up in one of those polite, semi-suburban, upper-middle class English villages where all the women seem to be dressed in tweeds, sweaters, and strings of pearls. This elegantly humdrum scene is chosen as the location of a movie, brining in strangers and the air of another world.

The children’s mother, Fanny Clavering, bored with her impeccable but somewhat stuffy husband, is swept off her feet by a glamorous movie director, Rob Quillet.

Fanny gives her husband grounds for divorce, of which he promptly avails himself. And she in turn runs off with Rob Quillet to the Villa Fiorita, on the shores of the Lago di Garda, in Italy. 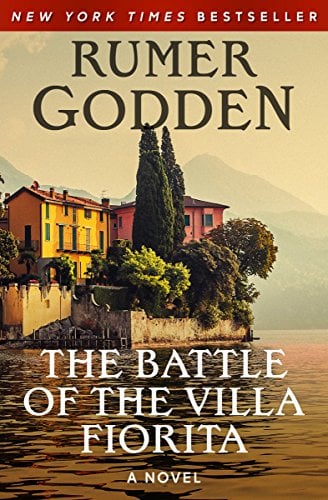 The winds make Garda less flowery than such other North Italian lakes as Como and Maggiore, but the Villa and its surroundings nevertheless seem a romantic paradise after England — clear skies, warm sun, blue water, Italian food. Fanny and Rob intend to marry as soon as legal technicalities allow.

Meanwhile, the children are settled in a cheerless London flat until their schools open. It is there that Caddie has her inspiration: “Let’s go to this place in Italy and fetch her.” Escaping from their father, Hugh and Caddie make their way across Europe by themselves.

Young as they are, they are self-reliant and resourceful. Caddie finances the trip by selling her most cherished possession, a pony. Thus they have some money, but a lot of it is in the form of a single 10,000 lire note, which they cannot change at the refreshment counters. 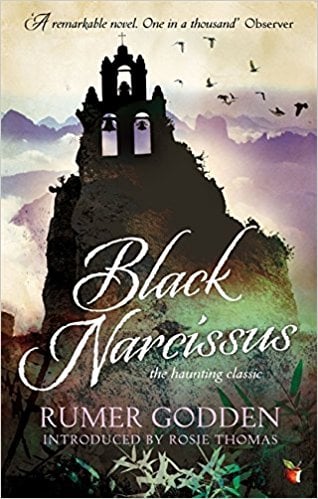 Dirty, hungry, weary from the valiant journey, they arrive at last at the gates of the Villa Fiorita. The “battle” then begins. Rob Quillet is a forceful character as well as an attractive one. He is very much in love with Fanny — as she is with him — and he is by no means inclined to let the children take her away.

There are other characters too — among them Pia, Rob’s half-Italian daughter by a previous marriage, who is about the age of the English children but with an amusing Continental veneer of sophistication. And there are the earthy Italian servants.

Here is a book set in fairytale surroundings, with real suspense and conflict among characters who are all vivid and likable human beings.

*This is an Amazon Affiliate link. If ta product is purchased by linking through, Literary Ladies Guide receives a modest commission, which helps maintain our site and helps it to continue growing!