On the Way Home by Laura Ingalls Wilder 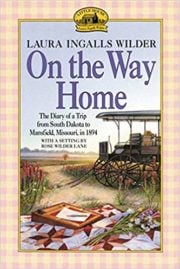 On the Way Home: The Diary of a Trip from South Dakota to Missouri in 1894 by Laura Ingalls Wilder is based on a diary found after the author’s death, detailing her journey with her husband Almanzo from South Dakota to Missouri. In 1894, The couple and their seven-year-old daughter, Rose, made the trek from their drought-stricken farm in De Smet to a new farm in Mansfield, Missouri, where they settled permanently.

Laura chronicled the journey in these diary entries, which were undiscovered until after her death and remained unpublished until collected in this 1962 book.

The early years of Laura and Almanzo’s marriage are described in this excellent post, In Search of Laura, by Pamela Hill Smith:

“Laura and Almanzo’s first nine years of marriage were marred by economic hardship and personal loss. Both had diphtheria and Almanzo suffered a subsequent stroke, which left him permanently disabled. As Rose later wrote, her father ‘limped through the rest of his ninety years and was never as strong as he had been.’

Laura and Almanzo’s second child—a son—died just a month after his birth in the summer of 1889, and a series of drought, fire, and financial crises forced the couple to move east to Minnesota, south to Florida, back to South Dakota, and ultimately to Mansfield, Missouri, in 1894.

They bought a piece of land, planted over 400 apple trees, and christened their new home “Rocky Ridge Farm.” The couple lived out the rest of their lives there.”

On the Way Home makes a fascinating addition to the body of Laura Ingalls Wilder’s chronicles of the joys and challenges of the pioneering life in America. 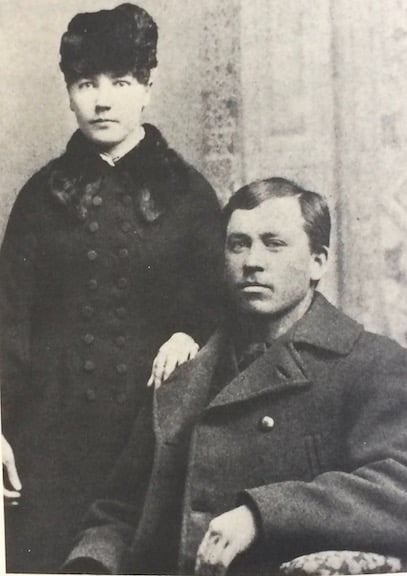 The posthumously discovered chronicle of a journey

From the 1962 Harper and Row edition of On the Way Home by Laura Ingalls Wilder: In 1894 a pioneer family left a drought-stricken farm in South Dakota and traveled to a new farm — and a new beginning — in the Ozarks. The travelers were Almanzo Wilder, his wife Laura Ingalls Wilder, and their seven-year-old daughter Rose.

Nearly forty years later, in 1932, Mrs. Wilder would begin writing her “Little House” books about her prairie girlhood which were to become classics. In 1932 she published Little House in the Big Woods. Eight more books have taken their place in the saga.

Since the last of those famous books were published, many thousands of her million of readers have asked: What happened next?

With this extraordinary diary — a discovery made since Mrs. Wilder’s death in 1957 — that question can now be partially answered. For here Mrs. Wilder describes the towns passed, the rivers crossed, and the crops, birds, fruits, and flowers seen along the way as she moved south. 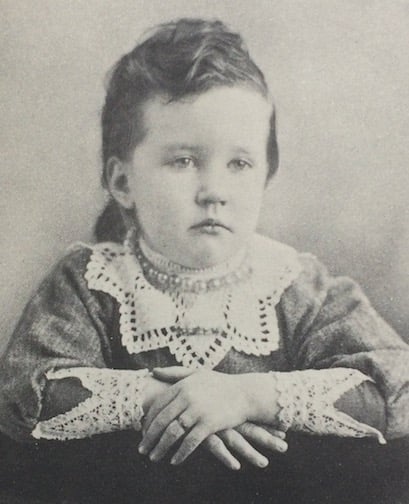 And between the lines, and in Rose Wilder Lane’s beautiful setting, we sense some of the happiness this frontier family shared.

Readers who already know Laura Ingalls Wilder’s “Little House” books will welcome this further visit with Laura. Those reading her for the first time will appreciated the accurate glimpse of the prairie frontier which her journal affords.

The Wilders spent the remainder of their long, happy lives in Mansfield, where Almanzo died, at 92, in 1949. When 90-year-old Mrs. Wilder died in 1957, her stories had been read and loved by millions of children and had earned an enduring reputation. 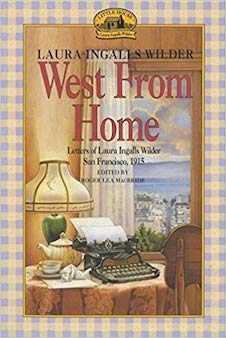