Quotes by Octavia E. Butler on Writing and Human Nature 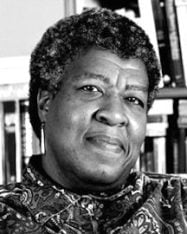 Octavia Estelle Butler (1947 – 2006) broke ground in the white male-dominated genre of science fiction as a woman and as an African-American. This selection of quotes by Octavia E. Butler reflect her wise and prescient thoughts on writing and human nature.

The New York Times described her as a writer “whose evocative, often troubling novels explore far-reaching issues of race, sex, power, and ultimately, what it meant to be human.”

After publishing some short stories, Butler’s first novel was Patternmaster (1976). It was the first in what would become a four-volume series. Central to these novels are Patternists, people with telepathic powers. But it was Kindred (1979) that put Octavia Butler on the literary map.

“When I began writing science fiction, when I began reading, heck, I wasn’t in any of this stuff I read. The only black people you found were occasional characters or characters who were so feeble-witted that they couldn’t manage anything, anyway. I wrote myself in since I’m me and I’m here and I’m writing.” (from a New York Times interview, 2000)

“I didn’t like seeing her [referring to her mother, who worked as a maid] go through back doors. If my mother hadn’t put up with all those humiliations, I wouldn’t have eaten very well or lived very comfortably. So I wanted to write a novel that would make others feel the history: the pain and fear that black people have had to live through in order to endure.” (from a Publisher’s Weekly interview)

“We are a naturally hierarchical species. When I say these things in my novels, sure, I make up the aliens and all of that, but I don’t make up the essential human character.” 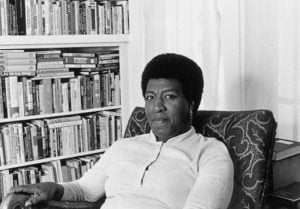 “I thought I was on my way as a writer. In fact, I had five more years of rejection slips and horrible little jobs ahead of me before I sold another word.” (on selling her first short story, “Childfinder,” in 1971)

“Simple peck-order bullying is only the beginning of the kind of hierarchical behavior that can lead to racism, sexism, ethnocentrism, classic, and all the other ‘isms’ that cause so much suffering in the world.” (from the essay, “A World Without Racism”)

“If you want a thing — truly want it, want it so badly that you need it as you need air to breathe, then unless you die, you will have it. Why not? It has you. There is no escape. What a cruel and terrible thing escape would be if escape were possible” (Parable of the Talents) 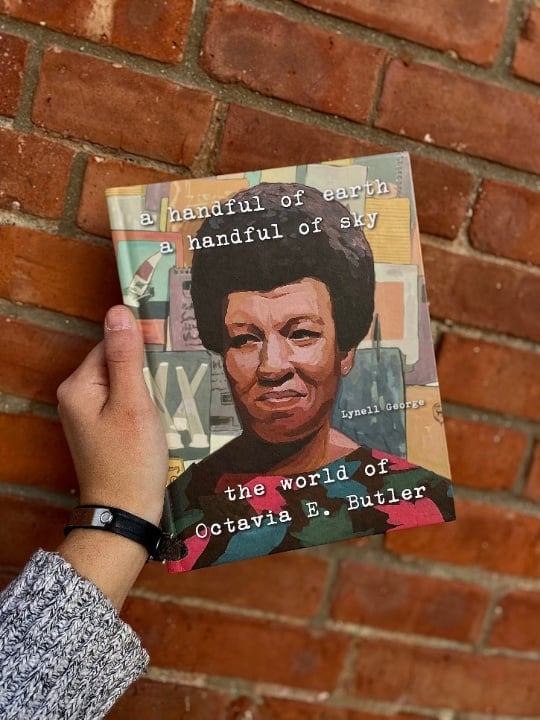 “Every story I create, creates me. I write to create myself.”

“I have a huge and savage conscience that won’t let me get away with things.”

“Do I want to say something central about race? Aside from ‘Hey, we’re here!’?

“I write about people who do extraordinary things. It just turned out that it was called science fiction.”

“My writing can be a kind of therapy for me, and I’m sure some of their origins extend well back into my childhood. In a way, I didn’t want to write Kindred. The research promised to be grim at best—slave narratives and histories of the time.”

“First forget inspiration. Habit is more dependable. Habit will sustain you whether you’re inspired or not. Habit will help you finish and polish your stories. Inspiration won’t. Habit is persistence in practice.” (Bloodchild and Other Stories)

“People have the right to call themselves whatever they like. That doesn’t bother me. It’s other people doing the calling that bothers me.” 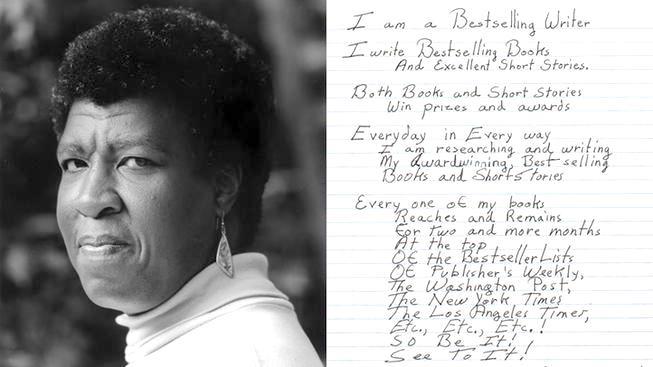 Octavia Butler’s advice for beginning writers
She used affirmations to envision and manifest where she wanted to arrive as a writer
. . . . . . . . . .

“I’m a 48-year-old writer who can remember being a 10-year-old writer and who expects someday to be an 80-year-old writer. I’m also comfortably asocial — a hermit in the middle of Los Angeles — a pessimist if I’m not careful, a feminist, a Black, a former Baptist, an oil-and-water combination of ambition, laziness, insecurity, certainty, and drive.”