Forgotten Suffragists for Younger Readers: The Voice of Liberty by Angelica Shirley Carpenter

By Angelica Shirley Carpenter | On | Comments (0) 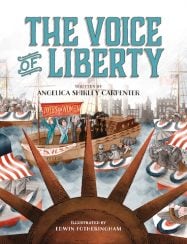 Matilda Joslyn Gage was born in 1826 in Cicero, New York, near Syracuse. The important role she played in the women’s suffrage movement has been marginalized, overshadowed by figures like Susan B. Anthony and Eliabeth Cady Stanton.

“All of the crimes which I was not guilty of rushed through my mind,” Gage wrote later, “but I failed to remember that I was a born criminal—a woman.” Her crime: registering to vote. The verdict: guilty as charged.

Angelica Shirley Carpenter has a new picture book out for grades 2 – 6: The Voice of Liberty, with illustrations by Edwin Fotheringham, published by the South Dakota Historical Society Press (2020). The book tells how three suffragists, Matilda Joslyn Gage, Lillie Devereux Blake, and Lillie’s daughter, Katherine “Katie” Devereux Blake, led a protest at the 1886 dedication of the Statue of Liberty.

Why protest that beautiful statue? Because they didn’t think it right for Liberty to be portrayed as a woman when women had no freedom, not even the right to vote, in the United States. 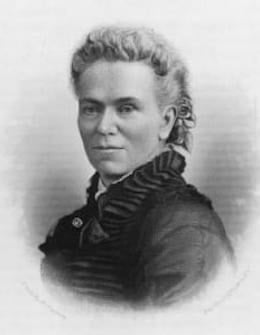 Lillie, as president of the New York State Woman Suffrage Association (Matilda was vice president) had applied to speak on behalf of women at the dedication ceremony. Her request was denied. No women would be allowed to speak or even to set foot on the island where the statue stood, the men in charge replied.

Then Lillie applied for permission to sail in the naval parade, which was part of the celebration, and surprisingly, that request was approved. Now all they needed was a boat and the money to rent it.

The boat they found was less than perfect, but it carried two hundred protestors all the way to the statue, shouting slogans like “Votes for women!” through a megaphone. The women deemed their protest a success when it made the front page of the New York Times the next day. 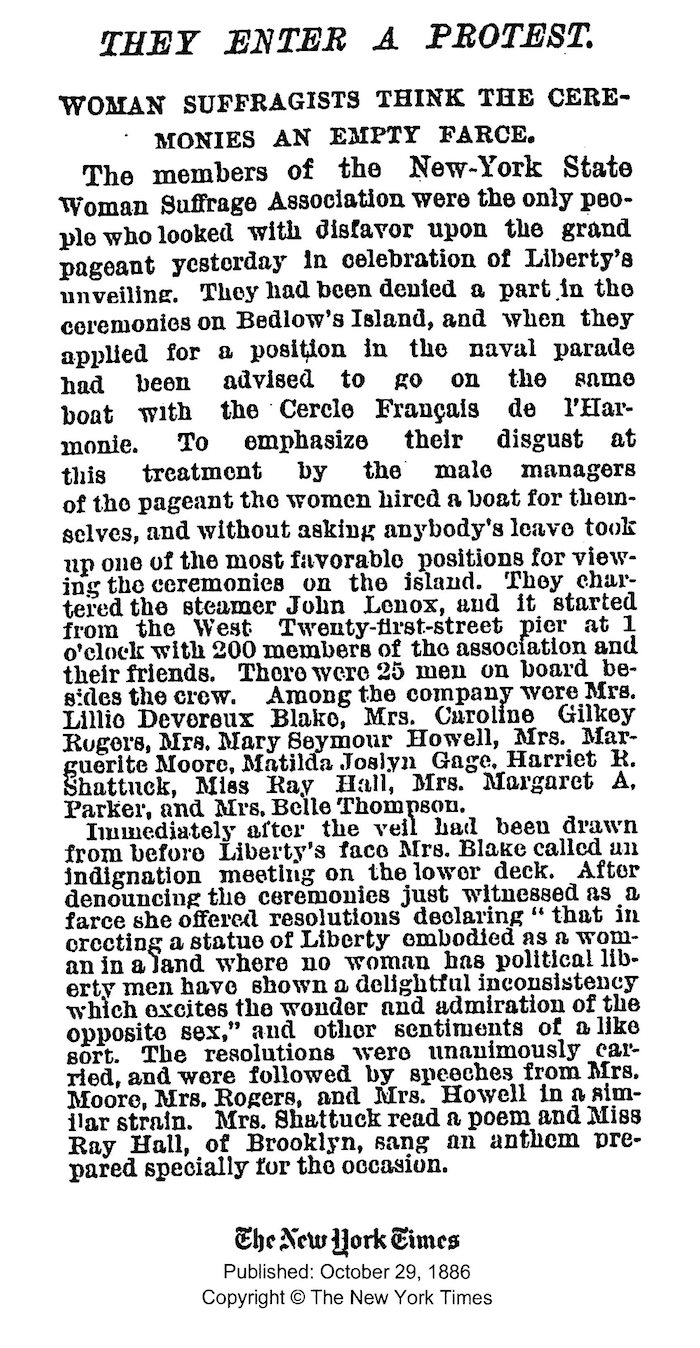 Carpenter wrote an earlier, full-length biography of Matilda, Born Criminal: Matilda Joslyn Gage, Radical Suffragist, published in 2018 by the South Dakota Historical Society Press. Lillie is the subject of a biography by Grace Farrell: Lillie Devereux Blake: Retracing a Life Erased, published in 2002 by the University of Massachusetts Press.

Besides being women’s rights leaders, Matilda and Lillie were authors, Matilda known for the first three volumes of the History of Woman Suffrage (published 1881-1886), co-written with Elizabeth Cady Stanton, and for her stand-alone book, Woman, Church and State (1893), a scathing history of how religion and government had oppressed women for centuries. 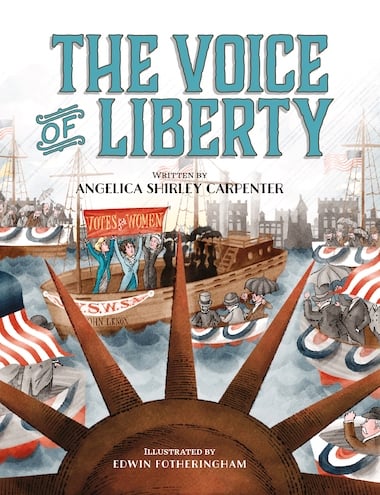 Lillie, who as a young widow supported her two daughters during the Civil War as a newspaper reporter, also wrote fiction.

Her most famous novel, Fettered for Life, presents an alarming portrait of a young working woman facing incredible prejudice and danger in New York City in 1874. Katherine Devereux Blake, a young schoolteacher at the time the picture book takes place, became a famous principal and educator, a  women’s rights leader, and peace advocate.

Both Matilda and Lillie believed, and Katherine agreed with them, that they had been written out of history by Susan B. Anthony. Angelica Shirley Carpenter and Grace Farrell are writing them back in. 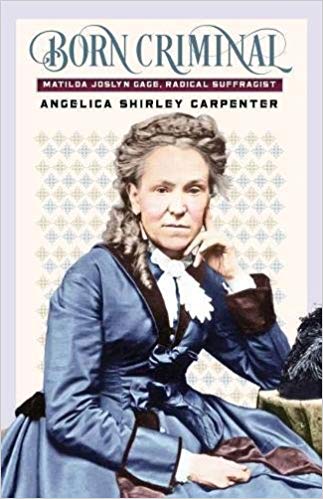 Angelica Shirley Carpenter has master’s degrees from the University of Illinois in education and library science. Curator emerita of the Arne Nixon Center for the Study of Children’s Literature at California State University, Fresno, she lives in Fresno.

*These are Bookshop.org Affiliate and Amazon Affiliate links. If the product is purchased by linking through, Literary Ladies Guide receives a modest commission, which helps maintain our site and helps it to continue growing!