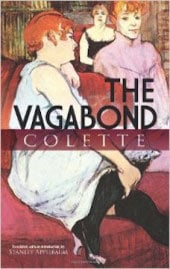 The Vagabond (Translated from the original French, La Vagabonde) by prolific French author Colette (Sidonie-Gabrielle Colette), is a 1910 novel telling the story of Renée Néré.

Taking place at the turn of the twentieth century, thirty-three-year old Renée becomes a music hall dancer in Paris after divorcing a cruel and faithless husband.

Not surprisingly, this narrative is based on Colette’s years as a music hall performer and actual experiences with her first husband. The nefarious Willy famously compelled her to crank out the Claudine stories, and then took credit for them.

After Colette broke free of her toxic marriage, her spirit soared. She worked as a journalist and moonlighted as a music hall performer, all the while continuing to write fiction.

The Vagabond, is considered one of Colette’s best early novels, and is said to be her own personal favorite. It has been reconsidered as historic feminist literature, though it wasn’t translated into English until 1955.

Contemporary reviews of the Vagabond are mixed

Contemporary reviews have been mixed. For example, John Soltes wrote in this review titled Colette’s The Vagabond is Essential Feminist Literature:

“Colette is able to get inside a female’s mind like no other writer. Her musings are so intricately described that it’s obvious the author herself was a deep thinker. But therein lies the problem: The Vagabond proves to be a novel of thinking, and it gets old after the first few pages.

Yes, it’s important to document the emotional changes of Renée as she decides whether or not to accept Maxime into her life. Yes, the inner-workings of the unique female mind are worthy of explanation (trust me, I learned a thing or two).

But there’s never a sense that Renée lives outside these thoughts. She appears to be a character created to convey an idea, and she is worthy of much more.” 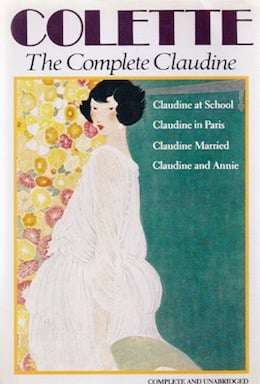 A description of The Vagabond from the 1955 edition

Here is a brief description from the 1955 Farrar, Straus, Giroux edition of the Vagabond: The Vagabond by Colette, set against the background of the music-hall life she knew so well, was her own favorite novel.

As a young woman, Renée Nére married a fashionable portrait painter, Taillandy, who dominated her and betrayed her with such cruel regularity that in the end she left him.

When The Vagabond opens, she has become a music-hall artist, living on her own and suspicious of love, thirty-three and sensitive to the approach of age. Maxime, a rich and idle bachelor, is drawn to her across the footlights and forces his way into her life.

At first Renée hates him for the obvious desire in his eyes, then desires him for his defenselessness, and finally, against her better judgment, yields to his love.

A provincial tour puts distance between them and enables Renée, in a moving series of letters and meditations, to fight out alone the struggles between her need to be loved and her need to to have a life and work of her own.

A review of the 1955 English translation of The Vagabond

March, 1955 review of The Vagabond by Colette from the syndicated column, Literary Guideposts: Renee Nere, 34, puts on acts in Paris bar rooms and vaudeville shows. With Brague as her partner, she earns her rent, food, clothes, and some extras. she is dependent on no one, particularly on no man; she is a vagabond, and free.

But her freedom is menaced, we read in this novel — which is said to have been, of all Colette’s novels, her own favorite. Renee had been married to a painter, Adolphe Taillandy, a person of selfishness, possessiveness, and indiscriminate amours, which suggests he was modeled on the Colette’s first husband.

One night at the theater, Maxime Dufferein barges into her dressing room and she chases him right out. He is, however, a persistent fellow; after he has declared his love for her, she is driven to confess hers for him.

In this novel the bondage of love is pitted against the vagabond life so warmly relished by the charming heroine. This is sophisticated and urbane, and innocent and wise at the same time. The bright glitter of the surface of life which Colette has painted so well shouldn’t lead you to think she didn’t probe deeply, too. 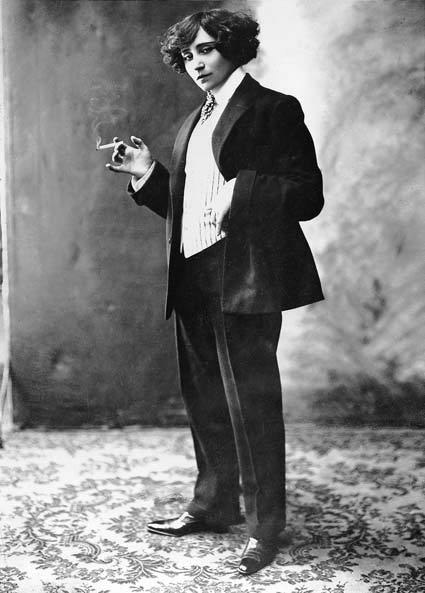 Quotes from The Vagabond by Colette

“All this is still my kingdom, a small portion of the splendid riches which God distributes to passers-by, to wanderers and to solitaries. The earth belongs to anyone who stops for a moment, gazes and goes on his way; the whole sun belongs to the naked lizard who basks in it.”

“I have found my voice again and the art of using it.”

“So now, whenever I despair, I no longer expect my end, but some bit of luck, some commonplace little miracle which, like a glittering link, will mend again the necklace of my days.”

“To write is to pour one’s innermost self passionately upon the tempting paper, at such frantic speed that sometimes one’s hand struggles and rebels, overdriven by the impatient god which guides it — and to find, next day, in place of the golden bough that bloomed miraculously in that dazzling hour, a withered bramble and a stunted flower.”

“He pretends to forget that he desires me, he doesn’t show any urge to discover me, either, to question me, to divine me, and I see him more attentive to the play of light on my hair than to what I’m saying.”

“Two o’clock already! High time for a woman of letters who has turned out badly to go to sleep.”

More about The Vagabond  by Colette