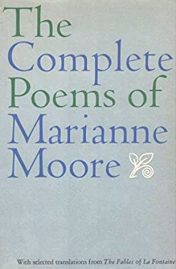 In 1967, The Complete Poems of Marianne Moore was published to great acclaim, being the most thorough collection of this distinguished American poet up to that time.

For Marianne Moore, heartfelt and precise expression was the most important aspect of the written word. Most of her poems were written in syllabic verse.

About her own work, she commented “I tend to write in a patterned arrangement, with rhymes … to secure an effect of flowing continuity … there is a great amount of poetry in unconscious/fastidiousness.”

Moore’s note on the texts of The Complete Poems  is nearly as inscrutable as some of her poetry. She wrote in a brief introduction preceding the section of the book that offers some explanations of the poems and/or the language and allusions contained in them:

“A willingness to satisfy contradictory objections to one’s manner of writing might turn one’s work into the donkey that finally found itself being carried by its masters, since some readers suggest that quotation marks of pleasant progress; others, that notes to what should be complete are a pedantry or evidence of an insufficiently realized task.

But since in anything I have written, there have been lines in which the chief interest is borrowed, and I have not yet been able to outgrow this hybrid method of composition, acknowledgements seem only honest.

Perhaps those annoyed by my provisos, detainments, and postscripts could be persuaded to take probity on faith and disregard the notes.” 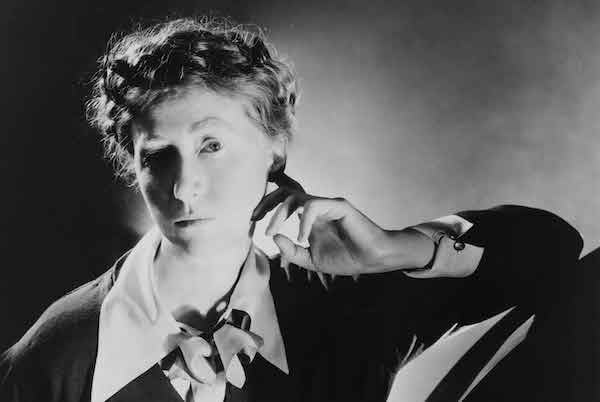 Bear in mind that when this volume came out in 1967, Moore was still alive, and in the year of her eightieth birthday. The following text is from the edition published by The MacMillan company/Viking Press:

America’s favorite and foremost living poet celebrates her eightieth birthday on November 15, 1967. Marianne Moore — St. Louis-born, long a resident of Brooklyn, and now Manhattan’s beloved laureate has a range of interests as modern and American as instant apple pie, but the poetry she creates is timeless and universal.

She has been writing it for sixty of her years, and is still observing people, animals, flowers, music, objets d’art, and sports pages with undiminished gusto: her collection Tell Me, Tell Me in 1966 displayed the same excellence and verve that marked her work from the start. 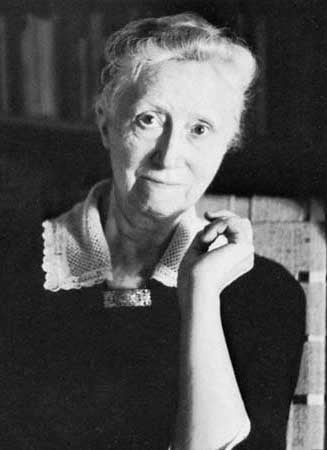 All the poems she wishes to preserve

For this volume Miss Moore has made several changes, omitting only one poem and restoring one that was not in Collected Poems. The saints and baseball players are here, the buffaloes and basilisks, moral triumphs and mechanical marvels charmed into art by Miss Moore’s sagacity, wit, and affection.

Along with her translation of The Fables of La Fontaine (of which a few are included here as samples), Complete Poems represents the achievement of a unique figure in American letters. 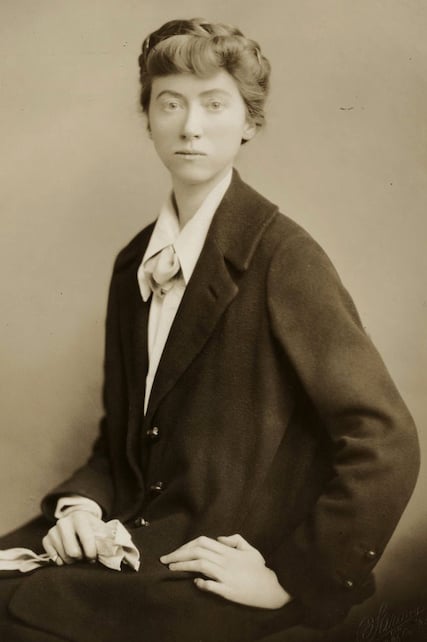 A summation of Marianne Moore’s accomplishments

Marianne Moore, born in St. Louis in 1887, graduated from Bryn Mawr in 1909. Her first American publication of verse was in the May 1915 issue of Poetry magazine.

In 1921, H. D. and the novelist Bryher brought out, without Miss Moore’s knowledge, a small collection of her verse, Poems, and three years later Observations appeared, for which she was given the Dial Award. Collected Poems, published in 1951, won the year’s most esteemed poetry honors: the Pulitzer Prize, the National Book Award, and the Bollingen Prize.

Then came Miss Moore’s translation of The Fables of La Fontaine; Predilections, a collection of essays; and three more volumes of poetry—Like a Bulwark, O to Be a Dragon, and Tell Me, Tell Me.

Miss Moore’s other awards include a Guggenheim Fellowship, the National Institute of Arts and Letters Gold Medal, and the Poetry Society of America’s Gold Medal for Distinguished Achievement.

A member of the American Academy of Arts and Letters, Miss Moore was Poet of Honor in 1061 at the Poetry Day Celebration of Poetry magazine and in the summer of 1967 was awarded the MacDowell Medal presented by the MacDowell Colony for Creative Artists in a ceremony marking its diamond jubilee. She holds honorary degrees from many colleges including Mount Holyoke. Smith, and Washington University. 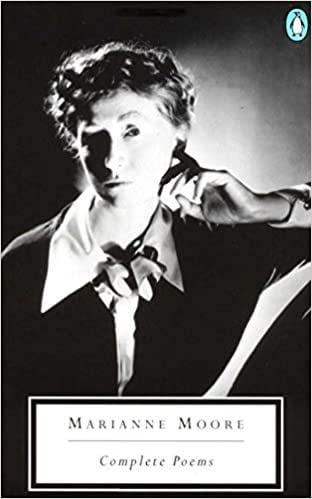 A 1994 updated edition of this collection was published by Penguin Books as Marianne Moore: Complete Poems  (available on Amazon*).