Secrets of the Flesh: A Life of Colette by Judith Thurman 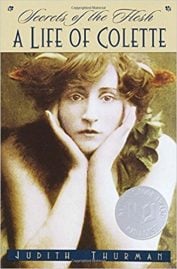 Given the French author’s stature as a literary figure and feminist icon, along with her colorful life, it’s remarkable how few full-scale English-language biographies have been written about her. Secrets of the Flesh, weighing in at over 600 pages, gives readers a thorough view of Colette’s long and colorful life.

Secrets of the Flesh by Judith Thurman

From the 1999 Alfred A. Knopf edition of Secrets of the Flesh: A Life of Colette by Judith Thurman: In 1900, a provincial beauty known as the child bride of a famous Parisian rake captivated the Belle Epoque by writing a story that invented the modern teenage girl.

It was the first in a series of wildly popular, critically acclaimed novels (known as the Claudine stories) that, combined with a flamboyant career on the stage, made this former country girl the first superstar of the century.

But for all her celebrity as one of France’s greatest and most notorious novelists and personalities, Sidonie-Gabrielle Colette was a profoundly reticent and self-suspicious creature who fiercely resists being known. Judith Thurman gives us an incomparably nuanced and revealing portrait of the elusive woman, the prodigious writer, and the revered but misunderstood idol. 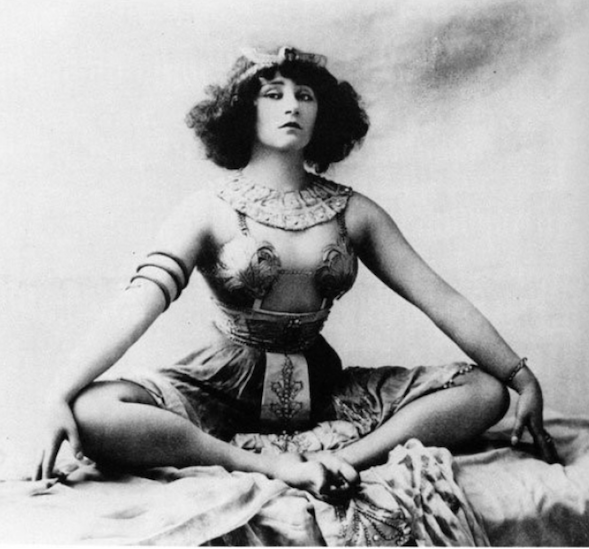 Resilience throughout a turbulent life

Having spent her village childhood in the shadow of a queenly, possessive mother who taught her the value of resilience, Colette would go on to embody the image of the modern woman.

At twenty, she married the canny but unscrupulous Willy, who not only took credit — and the royalties — for her best-selling Claudine novels, but also kept her enthralled in more primal ways. In 1908, she divorced her Pygmalion and pursued the most public of her many affairs with women.

At forty, she gave birth to her only and much-neglected child. Her second marriage, to her daughter’s father — a brilliant predatory, patrician journalist and politician — faltered, then failed. 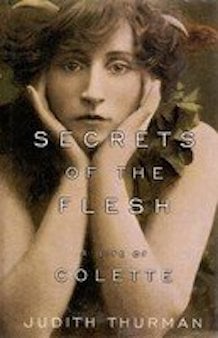 The bonds of love — and lust

At forty-seven, she seduced her adolescent stepson. At menopause, she rediscovered her mother. At fifty-two, she embarked on a torrid adventure with a much younger man that bloomed — against all expectations — into the serene and enduring mutual devotion she had yearned for but never knew.

The third husband — Maurice Goudeket, also became the source of her worst anguish when he was arrested by the Gestapo during the occupation.

As Colette redefined the conventions of loving and aging, she continued to write with Olympian vitality. Her principal subject was the bonds of love; her one true faith was the consoling power of sensual pleasure.

She opened a beauty institute and did makeovers in a lab coat; she produced a body of incisive journalism; she wrote enchanting masterpieces like Gigi and Sido, and provocative works like Chéri, Break of Day, The Ripening Seed, and The Pure and the Impure.

Her wartime work remains the most controversial part of her legacy, and Thurman addresses the troubling questions it raises with a typically lucid and tenacious intelligence.

Drawing upon a rich mine of new documents, candid interviews, and unpublished letters, Secrets of the Flesh evokes Colette in the fullness of her contradictions. A work of penetrating psychological insight, historical perspective, and literary discernment, it is sure to reanimate our appreciation of its iconic subject. 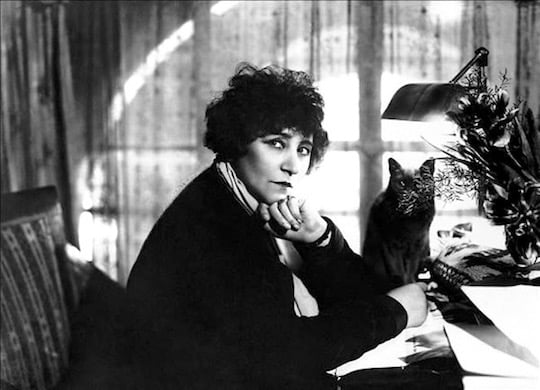 Colette quoted in Secrets of the Flesh

“My true friends always gave me this supreme proof of attachment: a spontaneous aversion to the man I loved.”

More about Secrets of the Flesh: A Life of Colette by Judith Thurman